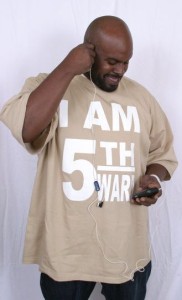 What’s up Double-O – glad to have this interview with you. How are you doing?

I’m good, just living and loving life as god gives it to me.

I grew up in a hood in Houston, Texas, called 5th Ward. You probably heard Scarface of the Geto Boys or 5th Ward Boyz speak about it. It was once one of the poorest places in America. So I came from super-humble beginnings and sometimes I did things to get money and respect that I’m not proud of.

I always wondered if you line in “Situations” about shooting a man trying to steal your car was real. Now I know that it really is. Could you tell us what happened that day?

I had just moved out the hood, and I was in the crib and heard my alarm and saw a dude in my car. I yelled for him to ride out before something bad happens, but he ignored me. So the rest is history.

What are you musical roots and when did you first start rapping?

I started rapping around 9 years old. Like 1982. I grew up listening to mostly NY groups such as Cold Crush Brothers, Treacherous Three, Run-DMC, Furious 5, Fat Boys. Cats like Doug E Fresh, Dana Dane, The Juice Crew – I can go on and on…

Can you give us a little insight in the situation when you first got signed with Rap-A-Lot Records?

I was always kinda involved with the label because the owner (James Smith aka J Prince) grew up yards from me and he would always come though the hood. He would employ alot of cats from around the way.

When and how did you break up with R-A-L?

I never really broke up with them. I went to prison and my contractual obligation was fulfilled. When I came home we were on two different chapters of the same book. But I see them daily. We talk and laugh. They will always be family. 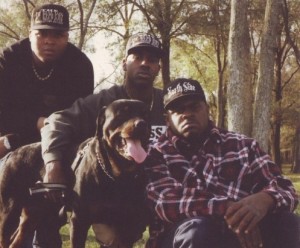 While in prison, you converted to christianity. What made you do this step?

God spoke to me in a dream and told me if I didn’t do his will, something bad was going to happen to me for a long time. He didn’t explain if it was jail or death, I just didn’t want any part of it.

How do you feel about your old records with the 5th Ward Boyz now?

I’m thankful to god for the opportunity he have me to be on a global stage with 5th Ward Boy fame. Because now, it allows me to do a lot of God’s work in places I probably never would have gotten to go if I weren’t 007 of the 5th Ward Boyz.

I have heard of a solo album of Lo-Life that was never released back in the days. How are chances that it will be released some day?

Lo did a solo album, but I’ve never heard it in its entirety. I hope it never gets released, because I know what we were promoting back then was evil.

When I first read your story, I had to think off Bushwick, who basically made the same experience. What about doing a collabo album with him?

That sounds like a plan. If I can find him.

You released a mixtape called Taking Back Tha Streets” earlier this year – tell me someting about that project.

“Taking Back Tha Streets” was birthed out of just lyrical exercise. I wasn’t doing an album at the time, I was just recording and trying to keep my skills on point.

And where can it be purchased?

I’m about to put a link up the get it for free. I’m building a website.

Your first gospel rap album recently dropped: what do you offer on “Audio Future”?

I was just the hype man for that project. And God is the headliner. It’s a fusion project. Rock, pop, rap, jazz – all in one. It can be purchased at http://www.dasouth.com, http://www.barnesandnoble.com, http://www.bestbuy.com, http://www.emusic.com… just google 007/audio future and it’ll give you a plethara of options. 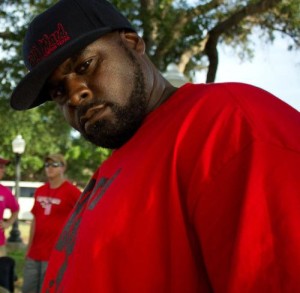 You bring a couple of new artists with you on the album. Why didn’t you try to bring your old 5th comrades on it?

Well, E-Rock did production on the album. And Lo is currently serving 32 years in prison.

What’s coming up in the near future, do you have any new projects in the works?

I am heavily involved in a movement calles The Christian Hip Hop Alliance. And we are gearing up for a global invitation tour.

What do you think of rap music today?

I really try to listen to everything at least once. Just to see what people are talking about. But most of it I don’t entertain because of the stupid content.

So what are you banging in your truck?

Are you also into screwed music?

Back in the days I was on an original screw grey tape. But I haven’t heard it in years.

I wish you all the best for you and your family. One last question: what do you know about Germany and its people?

I know you make some beautiful cars. *laughs* The closest I’ve been is to Denmark and London, but i’ll be there in a minute. All Glory to God. Peace. 007, 5th Ward Boy 4 Life.