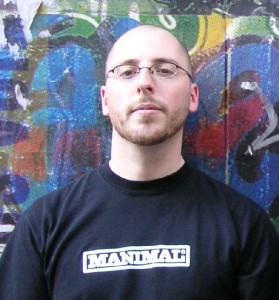 The first words on your new album say: “Imagine the clock just would turn back”. So let’s step back to the point when you started to work on „Catch As Catch Can”. What have been your first thoughts before you started recording the songs -“Lets make an album that sounds so and so”?

We looked forward to this because it’s was our second attempt at making a full album. I think your second album is always your hardest because you have to live up to expectations from your audience and yourself. We wanted to make something that would work for live shows and was much more uptempo than our previous material.

When, during the making of the new album, did you make the decision to call the album “Catch As Catch Can” and what were your alternatives?

We named the album “Catch As Catch Can” at the very beginning of the project. There were no other alternatives. It’s always fit the record and even more so now that it’s completed.

I guess that some people can’t grasp the meaning of the title, so why especially did you choose that title?

The phrase “Catch As Catch Can” simply means to get by with whatever resources you have. We thought this was exactly the kind of thinking that has made glue survive for these past years. Glue always kept working no matter how much money we had or what kind of support we had from a record label. It was more important to succeed with our own personal agenda rather than to compromise for someone elses.

Speaking about titles, do you think that it’s important to give an album a good title?

I think the title of your album is a first impression. It’s always made sense to us that the album title should be relevant to the theme of your record. It’s all people have to go by until they actually hear the record.

In comparison to your first two releases, what differs your new album from them and how would you describe the development of Glue since the founding of the group?

I believe “Catch As Catch Can” is the best sounding music we’ve made. It has a bigger funk and soul influence on the majority of the songs. The new album’s songs have more of a pop structure where almost every song has a hook that is somewhat catchy. Glue has gone through an artistic maturing that is good for any band, we’ve learned to communicate better and push ourselves to make the freshest contribution we can.

For the people who don’t have the chance to listen to the album before 19th of September, please drop some words about the sound of „Catch As Catch Can” and why they should buy your new album.

“Catch As Catch Can” sounds like all your dreams coming true, world peace, and the biggest hug you’ve ever gotten from an angry bear. I would hope people would buy the album because they want world peace and all their dreams to come true – what is better than that?

One last questions about “CACC”. How come that you don’t have any feature guest on your album?

Since we all live in different parts of the country we have such a small amount of time to work together when we make music so it would be hard to add someone else to that formula. We have some brilliant musicians guest on the album but no other vocalist. I think there will be more guests in the future but you’ll have to wait and see.

You sold 10.000 copies of “Seconds Away” and in my opinion, that’s really amazing for a debut album in the underground scene. Could you tell us how you sold so many copies? 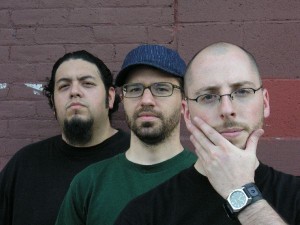 We fooled people by packaging 2 albums together so we could say that we sold double the amount we really sold. Everyone just thinks the CD is really big and heavy but it’s actually just doubles. We also did as many shows as we could and sold a lot of CDs to some really good people. Shake It Records in Cincinnati was also a big factor in that process because they distributed “Seconds Away” and “Sunset Lodge”. We moved a lot of units by telling people it was the new Portishead album.

I’ve read, that you recorded your debut album in Maker’s house and captured every song in another room. Is that true?

We had no money for a studio so we recorded “Seconds Away” on a friends digital 8 track and used Maker’s bedroom, his living room, our friend neuro’s living room, kids room, and his basement as vocal booths. More albums are recorded in home studios than ever before so I would expect to see big studios become less and less relevant for recording. Since “Sunset Lodge” we have mixed and recorded everything we’ve done in a studio in Cincinnati so I think it gave us a bigger sound.

In march this year, you signed the deal with Fat Beats. The beginning of your world wide career?

Yes. From now on, all your base belong to us.

The last 2 years you played over 250 shows in the U.S. Wouldn’t you say that it is time for a tour in europe or other countries? I mean, you made yourself a name in your home country, but in europe you are still little known.

This is true. We didn’t want to come over to Europe until we knew that our records were being distributed and we could take our time and enjoy the experience. Maker has been to Europe and Japan but DQ and I have yet to make it across the ocean. Soon we will be bigger than David Hasselhoff (you guys love him right?) so get ready GERMANY!

You opened up stages for Matisyahu, Aesop Rock or Pharcyde. Did they somehow influence your own live performance?

Those shows were the standard occurrence of a lesser known group opening for a bigger group while they are on tour. None of them had any influence on what we do. Matisyahu puts on a very good show and can beatbox very well but that’s about it for that list. We saw Sharon Jones and the Dap Kings play once and that changed our lives. I wish I could play a show like her. Amazing.

Do you have a moment you consider as the best during yours tours?

Scribble Jam 2004 was unbelievable. There were a couple thousand people dancing around me in a circle while I was on a picnic table. That was an extreme situation but besides that I think every show has it’s place and is special for it’s own reasons so just being on tour is one big great moment for me.

Uhm, is anything left of your Honda Civic you was loggin’ thousand of miles during the Vans Warped Tour?

She is still running like a champ. Civics must be god’s favorite car.

Adeem, as the head of Glue, let’s turn the clock back again. When you started to grab the mic and rapped your first verses, how did you imagine the world of hiphop then and how do these imaginations accord to the scene you know today?

I didn’t have any preconceived notions because I’ve always been so involved in the culture. As it changed, I did too. I remember thinking everything was going to change when the first heard what Freestyle Fellowship was doing on the Westcoast and when I heard the first “Underground” or “Independent” HipHop coming out of New York City. It’s seemed futuristic in the best way possible. Hiphop has become more corporate than I ever imagined but some of the biggest labels have produced some of the best music so I just try to see the positive side of all of it. 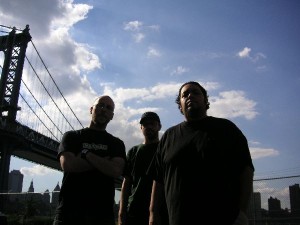 Did your childhood and living in New Hampshire influence your work in any way?

Of course, there was a minimal amount of hiphop and my friends and I were the only ones making any sort of noise. I got more obssesed with hiphop because I had to dig deep for it. Especially when the indie revolution happened, I had to go to New York – which is about 4 hours away – just to get records. We didnt have the internet to make it so easy. I also didn’t have anyone else to influence me in person. Just my homie Shalem and I making songs in his living room on a 4 track. I think New Hampshire made me original. Live free or die. Respect.

In another interview, I read that you always try to educate yourself more and more and read a lot of books. Do you think that you can move something in the heads of your listeners?

I read as much as I can and I hope I can move something in their heads and melt their faces with my music.

Another thing I’ve read is that the song “Two Of Us” by the Beatles made you decide to get married to your wife. Do you ask her about her opinion about your lyrics or music sometimes?

I’m actually not married yet but that song will be involved when I do get married. Yes, I always ask her opinion because she is a fellow artist and brilliant so I respect her opinion.

In the past of the Scribble Jam, no one has ever won the battle twice. Then you came up and won in ’98 and ’01. What is your secret?

How about the future? Will you still set the main focus on the work with Glue or do you want to start a new project, drop a new solo album or record another album with your other crew The Dorian Three?

Glue will be my main focus for as long as we want keep making music which I’m assuming will be a very long time. I’m starting some side projects that I’m very excited about but I don’t want to jinx them so I won’t talk about them until they are ready. The Dorian Three is done recording music I think, but Adverse and Shalem are killing it. Check out www.adversemusic.net and www.myspace.com/shalem

If you could do something to make the world better, what would it be?

Let everyone know that we’re all in this together and we should make the best of our time here before the earth blows itself up. Also to make people concious of how they spend their money and how to start using their powers for good instead of selfish intentions like materialism. There a millions things I could do so I should make these answers shorter so I can start doing them.

All good must come to an end. If there is anything, maybe a secret or some other things you want let us to know, write it down before it’s too late.

My secrets would break the bones of the skeletons in your closet.

One last question. Imagine you would lose your voice tomorrow. That would mean the end of your career. What would you do in that case?

Learn how to rap double time in sign language.

‹ Glue – Catch As Catch Can