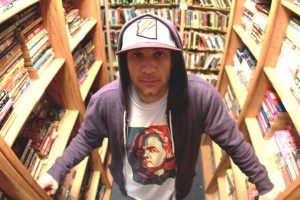 You were known as Cocoa Loco before you changed your name to Arhythmatik. What have you been doing in your early years?

Well, myself and another hip hop artist, Fabel, hosted a radio show here at Arizona State University so we did a lot of stuff for the local scene on that radio show. Then we put out the first ever compilation album featuring Arizona hip hop artists. I also put out a little EP under the name Cocoa Loco called “Classic.”

The “Pre-Algebra EP” was totally done by yourself – from the writing to the beats to the artwork. Which part of work challenged you the most?

To be honest – I dont think any of it was really a “challenge” per se. I just have fun doing hip hop music. Thats why I do it because I love it. I love every aspect of it. I had to re-do some of the beats a few times so I guess that would be where I put in the most work.

I think we should talk about the gorgeous production a bit more – tell me about your inspirations and experiences during the recording process.

Well, it usually all starts with a sample. I use a couple computer programs to do my beats so I just chop up the sample, bring it into the computer program and start playing with it. It’s weird because almost every beat on the album, the sample is so manipulated it’s unrecognizeable from its original form – and mostly by accident. I think that’s the coolest thing – when man and machine come together to make something that neither could do alone. As far as inspirations go, I just like to make a beat that makes you feel something when you hear it – whether it’s adrenaline, sadness, anger, happy, whatever.

What do you want people to associate with your specific sound?

I want people to associate the true elements of hip hop with my sound. Hip Hop in its purest form before it was influenced by corporations and pop radio. 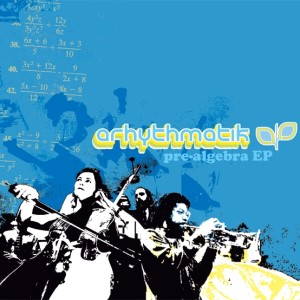 Who are Fabel and Scott Allen, the artists featured on the EP?

Fabel is a homey that I did that radio show with here in Arizona. He’s a local artist here in Phoenix. Scott Allen is my homey. Me and him started the record label together, Modurn Languaj Asosiashun. He’s probably the most talented writer, and artist in general, that I know of.

What about Modurn Languaj Asosiashun? The press info says the the label wants to “revive positive, clean hip hop”. How do the concrete steps pf the process look like?

Basically we just want people to know that if an album has the MLA logo on it, they can know it’s good stuff. Stuff you can listen to with your kids around or with your mom around.

Has one to be nostalgic to still keep it with clean hip hop today?

I don’t think so. But I think it’s good to be nostalgic in making hip hop music today because so much of that has been lost. That’s what many of our artists on our label do. Combine the nostalgic elements of hip hop with the more modern innovations of the music today.

Do you have an explanation for the loss of cleanness – why is it considered cool to be negative?

Money. Major labels don’t want to risk losing money by putting out something different from the norm. They just stick to a formula that they think has proven successful and don’t want to risk changing it. People buy whatever’s shoved in their face. It’s sad but too many of us are passive consumers.

What’s happening next, are you already working on something new?

Yeah, we are working on a crew album. Basically everyone on our label now is part of the Bottomfeeders crew, so we’re working on putting that out in early 2007. Also I’m working on beats for my next EP due out in October of this year. 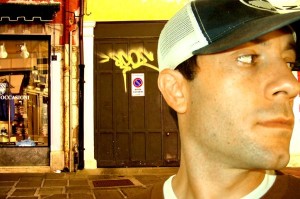 You plan to go on tour nationwide in 2006 – which cities are on the road map?

Yeah, we will be touring with 2Mex and Xololanxinxo this March. We will be in Phoenix, Flagstaff, LA, San Diego, Portland, Seattle, Salt Lake, Albuquerque, and El Paso. I will also be touring with MG! The Visionary and Playdough in May of this year. I’ll probably be on 2 more tours before the year is over with.

What are your expectations?

Nothing less than excellence. *laughs* That’s our MLA motto. That pretty much sums it up.

Your hosting a radio show called “Elements Of Culture”. Where do you set your focus on?

I play all underground, independent hip hop. I also play a lot of local stuff. Anything positive.

Could you outline the latest developments in the rap scene of your hometown Phoenix?

The scene is really dope here. There is a really good underground following here thanks to cats like Universatile Music who bring just about every dope underground artist there is here to town. Alot of Phoenix artists are starting to make some national noise and get more exposure on a national and global level.

Do you have any last words to our readers in Germany and all over the world?

Keep hip hop alive!! Don’t let it die and become something that is owned by corporations! Be pro-active in what you let your ears hear. Search for good music because it’s out there. Then support that music and go to the shows. Cop the albums. That’s about it!