Are you satisfied with the reaction “Only God Can Judge Me” has received?

Yes I am, I’m very satisfied.

Yeah, I mean the thing about it is that we’re actually doing it like a snowball effect. We have it all over the place, via iTunes, amazon and at our website at Big Shot Music. I mean, hey, pretty good! We don’t do alot of retail because we haven’t placed it in the retail stores. But I think all eyes we’re doing great. 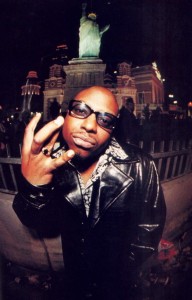 Well actually “O.G. Since 1967″ that’s the book I’m writing. I mean, it’s pretty straight forward. It’s kind of like the history of my life, my music and family. Everything I went through as being in the business, being away from the business, being incarcerated. Gotta help motivate other people to stay focused on what they try to do well.

The Above The Law record, we actually tighten it up for last little things. It’s called “Victims Of Global Politics”, we’ll have it out maybe early next year or by the middle of next year.

When you take a look back at your career – which time was the best?

Actually I would say when I worked with Ruthless. And the best time I had at Ruthless is when we were recording “Uncle Sam’s Curse”.

Is there any unreleased material from back in the days that you hold back?

Well, I mean, it’s always there… *laughs* Actually I’m trying to figure out and listen to alot of stuff that I’ve done on Death Row to see if I can use something. I actually have alot of the old Ruthless stuff. We always did more than we had to do.

Do you still remember working with the female rap group H.W.A.?

Was there supposed to be a Mz. Kilo solo album?

Yes it was. We did a Mz. Kilo solo album! I have it, right here in my studio: “The K.I.L.O.” It was never released, it was supposed to come out on Jive. Went through alot of difficulties with the executives. They were moving her around so much that actually she just kind of like bowed out to the business and kind of bowed out gratefully. So we only released “All Over A Ho” which is on her album and “U Rong 4 That” which is on the “A Low Down Dirty Shame” soundtrack. So, we have records on her, I have like 20 records on her…

How did you hook up with Death Row Records? 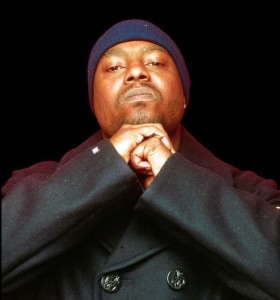 I had the opportunity of being the executive producer and a supervisor on Tupac’s records. I got to actually get my executive jobs together when I worked with Death Row. That experience was good for me, being a part of a conglomerate like Death Row and being able to personally mold artists like Crooked I and alot of other talented artists. And to actually work, like I said, with Tupac and to help to protect his legacy.

Talking about Crooked I, why didn’t his first album “Hood Star” come out earlier?

Well you know “Hood Star” was caught up with going back and forth with the executives. In the middle of “Hood Star” we thought we were working until the end of time – so we had to stop it. We were not trying to play in a category of being like this particular artist or that particular artist. Really, he’s a true down to the bone, gritty emcee. I think he would have been a major asset to that label the moment we put “Hood Star” out. But they were actually like: “Hey, we got maybe some pop success and then some underground success…” You know, the primer started changing at that time with alot of executives. Me, I’m all about just putting the music out there. We involved a few other executives in there besides myself and Suge and it was kind of hard to reach a point where we could actually put out the Crooked I record.

Well yeah, from time to time. We got mutual friends, you know, if they make a little birthday party or something. But I’m focusing on my own company right now.

What can you tell me about the “ATL Crime Files”?

Oh, that was on a label called Black Owned Entertainment which became West World Records. The Crime Files records was a group of artists that I had in development and that I was trying to launch a label with. It’s kind of like a teaser record. You know like a lot of labels, when they’re in the beginning, in the embryo stages, they put out alot of these compilations to see who’s gonna be catching the market place. That was kind of a transition for me. I was linked with Tommy Boy at that time and I was gonna took the record to Tommy Boy. But it was like a lot of hardcore stuff and I really wasn’t having a great experience with Above The Law as far as having alot of creative control. The contract said I had creative control, but when it came down to it I actually hadn’t. So I put the record out underground. 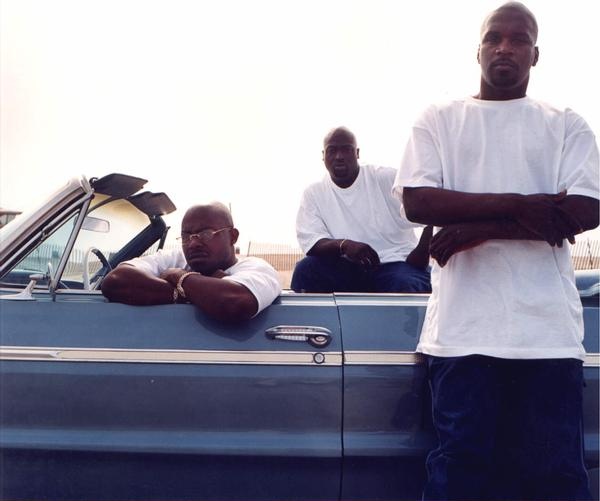 Have you ever thought about a digital re-release?

Well you know, no, I haven’t. It’s funny because nearly eight months ago I just started getting into the digital domain of things. I have alot of records that I could re-release digital. That would probably be good to let people know about it.

Alright one last question: how has your friendship with KMG and the other members of ATL changed over all these years?

Oh, not really. It probably has changed when I went away for a minute and then came back readjusting and working in the studio, That’s about it, you know what I mean? *laughs* Just getting back into the rhythm of recording. But our friendship is the same. I’m more like the executive so I do all these other different things than just be a part of Above The Law. That’s probably the only thing that has changed.

‹ Deville – From A Pitch Fork Point Of View