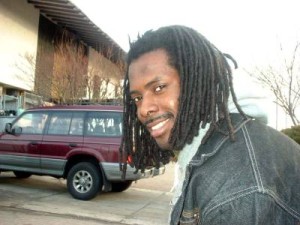 Whats up, how you doin…? Can you introduce yourself to the audience?

What does your name stand for? Did you choose it for political reasons?

My name stands for a lot of things, some political, some spiritual and ancestral. But basically it stands for the kind of music I love and create. Revolutionary music. Music with a purpose and honesty that’s missing from some of today’s artist.

You’ve been DJ for a long time now, you put out various mixtapes/C.D.’s… When did you decide to start producing and what was your motive to make beats?

I feel it’s a natural progression of things. As a Deejay you have the opportunity to be exposed to so much music that opens your mind up creatively, But only to be limited to it’s arrangement. You can be very creative with two tables and a mixer but only to a certain extent. I wanted to make beats because I wanted to create my own music. Create my sound and my style.

Which equipment do you prefer/use?

I use the MPC 2000XL, it’s the first piece of sampling equipment I’ve owned so I’m comfortable with it. I’ve also fucked with the ASR10 and Reason 2.0 a little bit, but there’s nothing like the MP when it comes to the drum programing. It’s a serious piece of equipment. I’m a big fan of the MPC. But Reason is dope to the effects and module’s are crazy. I might combine the two sometime in the future.

What inspires you and how do you start creating a beat, which production steps do you take?

It all starts with the sample, I dig until I find something that strikes me enough to stop listening and start creating, from there I start laying drums. I usually do what turns out to be the hook part first. Not on purpose it just seem to turn out that way.

Do you have any preferences, regarding the music styles you sample?

Yeah! Anything I can get my dirty hands on!!

How does a day in the life of Black Panther look like?? How long does it take to produce a track?

Everyday is looking better than the next, Musically things are really starting to pick for me. You’ll be hearing a lot more from me and my production in 2004 (Musical Revolution). “How long does it take to produce a track?” That’s a tricky question for me. Beats are never done with me until the vocal’s are laid down on them. I’m known for going into the studio with an artist that’s sat with the beat and wrote to as it was on the CD, and come in and find completely new sequences in the the track at the session. I’m a perfectionist.

How did you hook up with the Third Earth Music family?

I’ve known Kimani from the Masterminds for years. I was Deejaying at this pirate radio show Deejay ESE (Emmbedd Music). I was working on my new mixtape and I wanted the Masterminds up on the show. We kept in touch over the years.

What does TEM mean to you and your musical development? Are there any prescriptions, according to record sales for example?

For me it was my introduction into the world of production and recording. There are no prescriptions to this, just good music. 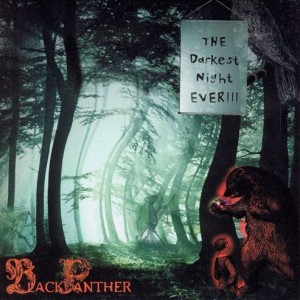 Speaking of TEM… you just released your first solo effort, called “The Darkest Night Ever”. Can you tell me something about the album?

It’s a concept album not a compilation. The whole album revolves around this one night where anything is possible. Like the movie “A Night On Earth”. Every song takes place on this one night in time with dark overtones some more natural, others are super natural. Keep in mind the album came out two days before the Big Black in New York (Good Marketing Scheme HUH?).

Have you got any concept to choose an artist that rap over a beat? Or do they pick a beat for themselves?

Only two songs on the album I picked the beat and the artist I wanted to rhyme on them. That was “Home Security” and the title track “The Darkest Night Ever!!” Home security was a song I really wanted to do to express my feeling of the current state of the world today. And my distain for the Bush administration.(GEORGE BUSH IS A TERRORIST!!!) I picked the artist who would best represent a microcosm of what the people are feeling right now. And “The Darkest…”: I loved that beat from the day I made it and I never let anyone hear it because I knew so many people would want to rhyme to it. But I thought with her great story telling skills Jean Grae would body that song and bring the whole concept of the album to life.

Regarding the covers and the various samples you’re constantly using, I suppose that you take most of your ideas by watching flicks. Is that true? Do you got any movie recommendations…?

I love movies, I wanted to be a director. But I have a wild imagination some of it from movies some are just my own crazy thoughts. I love dark and moody music. Id say my music is soulful. The cover is an amazing piece of work. It was done by my wife (Baby Scratch) who’s incredible artist who seems to capture the mood of what I’m feeling perfectly and she makes sure that everything fits the concept. Movie recommendations let me see, “Dead Man” with Johnny Depp is good, “Momento” is an amazing movie, “Tetsto: Iron Man” and last but not least “Shogun Assassin” one of the best Kung Fu movies EVER!!

Could you imagine to work with mainstream acts? How would your imaginary feature list for an upcoming compilation look like?

I’m definitely trying to work with as many people as possible. I can see myself in the near future working with mainstream acts. My dream list would go something like this: Tupac, Biggie, Em, Pharohe Monch, Mos Def, MOP, Mobb Deep, Snoop Dogg, Nate Dogg, GhostFace, 50, Nas…

Can we believe the rumors that you’re an official member of the Brooklyn Academy now? You know them for a long time, how did you meet each other and what made you join the group? Does Will Tell continue contributing beats?

Yes I am an official member of Brooklyn Academy. I’ve been a fan of there music like the rest of you. I haven’t known them that long personally before I joined “The Academy”. I met Block Mc Cloud at the Pumpkinhead record release party for “A Beautiful Mind”. I saw him backstage and I’m a big Word Of Mouth fan, and at the time “The Darkest Night Ever!!” was completed and ready to go and get mastered. I introduced myself and it was a weird familiar feel about the situation and Block even ask me first off “so how have you been, what are you calling yourself now…” I got up the following week and recorded “Final Destination” with Word Of Mouth as the last joint record for the album. Anyway I come to find out that me and Block went to high school together. We never meet I was two grades below, but we remembered each others faces. I join because it’s a great opportunity to work with some of the best artist in the industry. And yes Will Tell is still a monster behind the boards. Just wait you’ll hear the madness soon enough.

What can you tell me about an upcoming Brooklyn Ac album? The Hi-Jackers LP was announced for several times but never made it through. What can we expect? Will there be any solo releases by Block Mc Cloud or Mr. Metaphor in the near future?

First let me announce the birth of Brooklyn Academy Productions. We are developing many projects for the upcoming year. The Brooklyn Academy compilation is coming. Featuring such artist as Kool G Rap, Thristin Howl III, Sadat X, Dead Prez, Wordsworth, Jean Grae, Lord Have Mercy and many more surprise guest over Brooklyn Academy production (Block, Will Tell, Black Panther, Pumpkinhead, Marco Polo). And there will be an official Brooklyn Academy production album with only it’s core members an affiliates. No other features. Block Mc Cloud’s album is done and is being mix down as we speak and it’s crazy. I did a joint on there that you got to hear. Let’s just say Block’s album is not just Hip Hop. Will Tell and Metaphor are also in the works of a solo project. And we’re in negations to put out the older material that fan’s have waited for. I will do another album and in about a couple of months I will begin recording my new one. And this Album will be even darker than the first, another concept album. And be on the lookout for “The Black Oktober Project” that’s an album that me and Oktober from 2 For 5 are recording right now!!

How did you hook up with Immortal Technique. What do you think of his radical political attitude?

I meet tech on the underground scene, he’s good people with a good head on his shoulders, and he has something powerful to say and is not afraid to say it. And a lot people as well as artist don’t have anything to say and they don’t stand for anything. I think the world is ready to think again and he’s the man to get them doing just that.

Are there any plans for shows in Europe/Germany?

Not as of yet but I would love to come out to Germany and do a show. If there are any promoters reading this contact me at panther@loadmail.com for shows or production.

Thank you for the interview. Any last words or shouts?

I like to thank you for your time, shout out my family, my Brooklyn Academy Family, My Third Earth family, Cajo, Stronghold, and for all those who supported the mixtapes and album I appreciated it, thank you.