Could you please introduce yourself?

I go by the name capital D. I’m the MC/co-producer for All Natural and I’ve just dropped my second solo album, Insomnia.

How has living in Chicago changed from growing up as a kid up to this day?

I don’t think that it has changed that much. The biggest difference is that it used to be that wealthy people tried to escape the city and move to the suburbs, but now you have more middle-class people moving back to the city and buying land. That’s changed the city and how it’s policed. Beyond that I can’t think of another really big thing that is different. 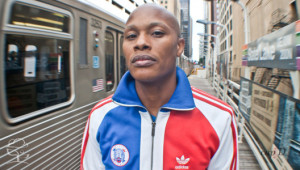 I read that you converted to Islam about 3 years ago. Why did you choose to make that step?

Before converting I knew that I believed in one God but I never found a religion or way of life that expressed that belief in a pure sense without joining partners with God (praying in the name of a human being) or without claiming ownership over God (believing to be a chosen people). Islam represented my core beliefs in a simple, direct way and also gave me needed discipline to hold onto these beliefs and put them into practice.

Do you feel predjudiced or discriminated against because of you belief, especially after 9-11?

Yes, but I really don’t focus on the way it affects me. I worry more about other Muslims who are discriminated against and who are surprised that America can be discriminatory or who feel that they have to hide their beliefs. I think I’ve learned how to deal with it, but if you’re not prepared for it, then it can be very psychologically damaging.

If someone would ask you about the message of your songs? How would you break it down in a few words?

Think for yourself, examine the world as honestly as you can, and try to make your world square up with your values.

Your new album “Insomnia” is coming soon. Why did you choose that title?

I chose the title “Insomnia” because I think human beings are at a period in history in which we can’t afford to be sleep to what’s going on around us. In America for example, we’re sleep to what is done in our name around the globe. Then we’re surprised that people around the world don’t trust us (or hate us). With the dangerous types and amounts of weapons that have been produced in the past 50 years or so, we (no matter who you are) can’t afford to be sleep any more… we have to stay awake and honestly examine ourselves, our values and our leaders.

You produced the beats for “Insomnia” all on your own – who taught you to make beats?

Nobody. I never had a mentor or anything like that. I’ve been doing a lot of the All Natural beats for years (50 Years, Ill Advisory, etc.)

Why did you choose to rap about political topics? Whats your opinion about the state of facts in America today?

I’ve always written a lot of ‘political rhymes’ because that is an area that I’m concerned about. But up until I never made an entire political album, it was more subliminal stuff and social commentary. I just decided not to hold back on this album and let it all out. I think being a Muslim pushed me in that direction to give me the confidence to not worry about the consequences as long as I have good intentions, keep an open mind, and try to speak the truth as I know it. As for the state of America, I think that in a lot of ways we are so isolated from the world that we have become very self-absorbed and arrogant. People believe that if something affects us, then it’s important… but until then, it doesn’t exist. That is a dangerous way to act. I also think that we are losing respect for freedom of thought and freedom of speech and only protecting economic freedom. And when you lose freedom of thought/speech, then it’s easy to be misled. 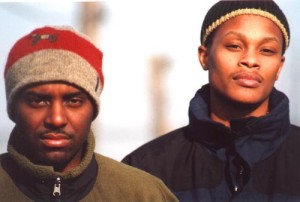 Since the presidential campaign is running right now – will you vote for Kerry?

Probably. I’m not sure. I may vote for Ralph Nader because I think that we need to develop a third party as an option. It’s ridiculous that such a great democracy only gives people two choices. That’s what I mean by freedom of thought… we need more voices and alternative viewpoints.

Where do you take your inspiration from?

Politically speaking, from the Qur’an and the prophets. I read people like Noam Chomsky and I was heavily influenced by El Hajj Malik El Shabazz (Malcolm X). Musically speaking I draw from artists like Coldplay, Mos Def, the early Roots albums, and a lot of indie rock music.

You’re also a member of the Family Tree – what’s up with the crew? What releases can we expect in the further future?

We’re working on an album with the Jungle Brothers right now. That is coming along real nicely so look for that next year.

Why hadn’t your second group album also been released on All Natural Rec.?

We licensed the album to Thrill Jockey because they helped us with the finances and the marketing for the album. It was a financial/business decision, plus they are a label that we respect and trust.

How did you hook up with the Molemen?

I’ve known them for years, almost a decade now. We crossed paths with them a lot long before we ever worked with them just from doing music in Chicago and going to the open mics and all that. We have similar appreciation for the music so it was a natural fit to work with them.

One of my favorite Capital D track is “Vent” which appeared on the “Chicago Project” sampler. Could you just give me some further information on this one?

I like to think of that track as just raw energy. I think that a lot of people have combined rock and hip-hop lately, but in a real watered down way where the hip-hop is obviously something that they do part-time. On “Vent” I wanted to take it the other direction… put the hip-hop first. Even though in my personal life I listen to more rock music than I do hip-hop, I am an MC so I always want the hip-hop to be front & center.

Could you tell us anything we need to know about your book “fresh air”. Have you also written any other books?

Fresh Air was a collection of essays and stories mostly dealing with the hip-hop generation. I really wanted to start a magazine but didn’t have the time or the desire to deal with advertisers, so I put out the book. Writing is the direction I always saw myself moving in, but I just haven’t followed it up yet. I have some other collections of poetry and short stories but they’ve never been published. I plan on publishing them at some point in the future God willing. 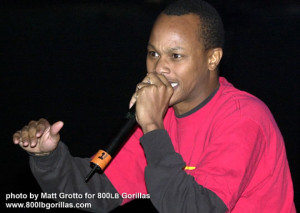 Can you make a living of doing what you do?

Not in the way in which I do it. I’m hopeful, but I doubt it. Because I’m Muslim I don’t perform in clubs serving alcohol, so that wipes out like 90% of my shows and I’ll probably never be able to tour in Europe again because so many shows are in bars and pubs. As an artist, that’s a huge chunk of money. If I tried to make a living at hip-hop I’d probably have to change my values or live in poverty. I really don’t like either option. So I try to continue doing the best music that I can and earn money doing other things.

Are you content with your career up to this point?

Yes and no. I’m pleased because I’m further along than I was when I started. But I wish I could devote more time to it. I wish I could do it full-time, but it’s just not realistic for me financially. But even without touring I can still put out a lot of albums, and that’s my focus now, to be more busy and put out at least 2 albums per year.

Who should we be looking out for from your area who will blow up real soon?

Eulorhythmics… and remember that I told you first.

Which artist has the biggest influence on Chicago’s rap scene at the moment?

Kanye West. He’s able to influence the underground scene and the mainstream circuit. He’s opened up doors for people looking to sign with a major label and has also revived consumer interest in underground hip-hop.

What do you you consider as the greatest thing which ever happened to HipHop?

Tough question. I guess the timing of when it was created. It has been able to spread around the world so easily because of so many other technological inventions. By become a global movement in such a short time span, it became much more diverse and worthwhile than if it had stayed a New York thing or USA phenomenon. So I guess the technology that has surrounded it and helped it spread.

Just want to let people know that the next All Natural album is scheduled to come out in February God willing. It’s called Vintage. Thanks for the interview. Salaam.