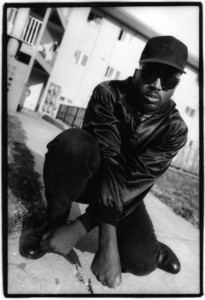 I would have never thought that you used to live in Germany. How come and how do you remember this time?

Well, first I’d like to say my memories of Germany are great! I am thankful that I had the opportunity to experience living in this beautiful country. My father was a career soldier of the U.S. Army. We arrived in Munich when I was a toddler. After 3 years of living in Munich we returned to the United States temporarily. My dad received new orders for Europe again, this time in the town of Fuerth. I remember living in Kalb Community. I began kindergarten at Nuernberg Elementary school. After my 4th grade year we moved back to the United States. We moved back to Herzo Base where I attended Erlangen elementary and Nurnberg high school. I love Germany!

.. and I liked your debut EP “Born Suspicious” very much. How do you remember the time when the record hit the street?

Thank you. When I recorded that song, I was experiencing and witnessing friends being stereotyped and harassed by our local police department when no crime was even committed. “I was born suspicious” was the response I gave the police officer when he explained to me that he only detained me and harassed me because I “looked suspicious.”

What happened then, why didn’t you continue to do more tracks?

I began to lose interest in recording and performing when I realized the direction I wanted to go was not the direction rap as an industry was heading. The other thing is I wanted to spend time with my kids and help raise them. I also became tired of the last minute band wagon jumpers who wish to ride only when things are going smooth. Otherwise, maintaining a stand by and watch attitude.

You dropped a digital release named “The 20 Year Compilation” in 2008. What do you offer on this one?

This is just what it says: a compilation of recordings of mine spanning 20 years. From my first record “Dog Down” to something more current like “Move/Shake”, another song for the dance clubs. Some of these recordings have never been released before. Others were released regionally and none had been offered on CD or for digital download until this project: “The 20 Year Compilation”.

Two songs on there go by the artist name ‘Chill E.B. & The Posse’. Who was in this crew?

My crew before I arrived in California was called Mosse Posse. We were based in Ft. Sill, Oklahoma. The group consisted of me, Fitz-ski (Fitgerald Grant), DJ Doc Knights, and the Human Radio (Travis Hatfield). Travis was a soldier in the army and he got transferred to Alaska. Fitzgerald went to college. In 1985, I went to California where I quickly met 2 guys names Chad Russell and Rich Allison. Rich and Chad had a group called The First Class Force. We combined as a group to open for Egyptian Lover in 1985 under the name Xtasy Force. The name didn’t ring well with us so we moved quick to change it. By the time we opened for Dr. Dre and the World Class Wrecking Crew months later we had decided on a name change. I explained to them that we couldn’t call ourselves Mosse Posse. We agreed and changed our name to Chill E.B. & The Posse. We recorded 4 or 5 songs together before dissolving the group. 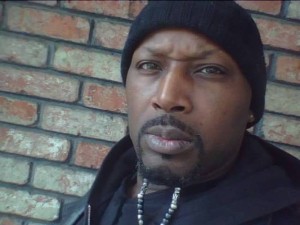 Out of your whole career, what do you consider the highlight, the moment you are most proud of?

I can not think of one single moment in my career that I’m most proud of. I can honestly say I am just proud to be here in this life and to be able to share my works and my words with others. I am proud of what I’ve been able to accomplish with no sponsorship or funding source. I am proud of my children.

When can we expect the second volume of the compilation?

That is a great suggestion! I will gather more recordings from the “vault” for consideration of volume two. Meanwhile, I have a new release available on Amazon.com, iTunes, eMusic, and at least 15 other digital download stores in Europe. Please see the music player or links for my latest release “Y’all Busted” on my label Kathartic Music Group.

What is this song all about?

Thank you for asking. Benjamino, worldwide kids are being given powerful psychotropic drugs for ADHD. If you don’t already know, this is a label given to kids who don’t perform well in school. ADHD was voted in to existence in 1986 by a room full of psychiatrists who agreed that it should be put in the DSM manual. It hasn’t been proven to exist, and there is no explanation for cause or cure. The DSM is often referred to as their billing bible whereas they rake in billions. Meanwhile, the tragic end results in many if not most cases is long term use, abuse, and death. “Y’all Busted” speaks to the topic of ADHD and the labeling and drugging abuses that surround it.

Why did you feel it was necessary to rap about ADHD? Has a child of yours been affected? If this gets to personal and you choose not to answer, don’t answer…

None of my kids have ever taken medication for ADHD. I was told once that he had ADHD and we were given a prescription for medication. We never had the prescription filled. Instead, I took him to his regular pediatrician and he confirmed what I already knew: My son did not have ADHD. He added that I should not be giving him medication and that he was a “normal adolescence” 15 year old boy. There are millions of kids being labeled ADHD and given medication. Since it was voted into existence in the late 1980’s over 10,000,000 kids have been given strong drugs which most times lead to violence and suicide amongst young kids. Simply put, psychiatrists make billions every year prescribing medication for this yet they offer now clue for a cure. It has been the ruin of many families. Sometimes, against their will. I know there are better, safer ways to deal with the symptoms psychiatry has labeled ADHD. This is the reason I recorded and released this song. You are smart to recognize no other rapper has addressed this topic so directly. I am honored to be the first to bring it to the attention of the public in the form of a rap video. 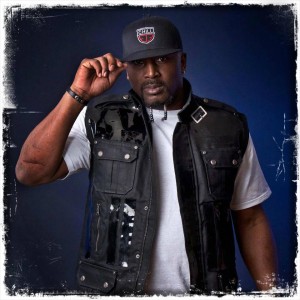 You told me that you’re running your own record label named Kathartic Music Group. What are your plans with the label?

I hope to become a successful brand and will be able to expand to Europe, preferably Germany. I want to continue to put out music of mine and eventually my friends. I will continue to market Kathartic Music Group, or KMG and hopefully gain an international fan base that will allow me to reach out to others more.

So what’s the next thing from Chil E.B., what do we have to look out for?

The next thing will be in the form of a video. I am re-releasing “Born Suspicious” and “Menace To Society”. I have already remixed the music. I am meeting with the director soon to prepare for a video for “Born Suspicious”. I will have my EP available for download by the end of summer. We will keep in touch and I will keep you posted. I am also available for performances and appearances.