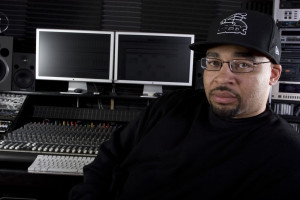 You’ve been working with Bosko for such a long time now – what do you appreciate on him as a business partner and as a friend?

In terms of music, Bosko is one of the most skilled producers in the game. He sings, produces, raps, and plays a number of instruments including his trademark talkbox. It has been a pleasure to be able to have someone his talents around, and be able to have someone like that to critique the music. It has really been a blessing to tell you the truth.  As a friend, Bosko is a very loyal and dedicated person. Our friendship extends far beyond this music, as we were friends before we were even doing music. Even if we stopped doing music today, we would still be good friends, and do plenty of other things that aren’t even related to music.

Will the album with Maniac Lok be completely equipped with Bosko beats?

We used a lot of Bosko tracks, but we also used my guy Torry Ward, Underrated from Potluck, and Jeffery Simmons Jr. from Lost Koast Productions. We liked the variety, and sometimes Bosko is to busy to produce an entire album for us.

Are you trying to get the recognition of a major label or do you want to keep your business independent?

We are trying to do whatever we can to progress the label. If the right deal comes along, we are definitely entertaining offers from labels, whether independent or major. We just want to have a fair chance at really selling some records, and getting the music out to the world. We would just like to work with a label that believes in what we are doing, and wants to see us take this Jus Family movement to the top. We have a lot to offer, and we want people to realize that, and be willing to stand behind us 100%.

You’ve been to Europe with Xzibit and Strong Arm Steady … what were your impressions?

I love Europe, and I can’t wait to go back. It was a pleasure to go over there and do a show with Xzibit and SAS. But it was also great to work with my guy L.O.C from Denmark. He is really a rap star over there, and it was cool for him to show us so much love and have us over there as his guests, and give us the opportunity to expose the people to Bosko and Cool Nutz. I would like to have the opportunity to get over there and do an entire run of Europe, and see everything that Europe has to offer. The people were pleasant, and the scenery was beautiful. It was also cool to be able to drink champagne on the flight the entire way over there.

Do you still like going on tour or do you consider it a another stress factor?

Hip-Hop has taken me a lot of places I never would’ve went if it wasn’t for the music, so I feel blessed to even be able to go on tour while other people are sitting at home wishing that they could be out on the road with some of their favorite artists, as well as getting paid to do it. I love being on the road, and seeing new cities, clubs, and meeting new people. We have had some good times on the road, and I look forward to seeing and doing more on the road. It’s really only a stress when you are on the road broke, or the shows suck.

Do you plan to sign more artists on your label? Which demands do you set on talented new artists? 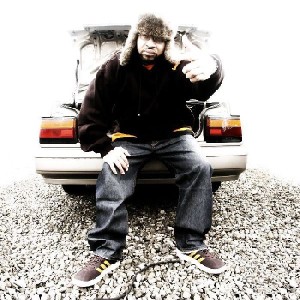 Right now I have enough artists to work with between the management company and the label. I am investing everything that I have into all of them, so that everyone will have a fair chance at being successful. The only demands that I set for them is that they are willing to work, and keep creating quality music. We also need them to be 100% behind Jus Family and Executive Branch Management and believe in the movement. We just really want them to be loyal and dedicated to the company as a whole.

Seperate from you there are practically no other well known rappers in Portland? How do you see the local scene?

There are a couple of artists that are doing some good things out here in Portland. We just do different types of music. Those artists are U-Krew, Lifesavas, Sirens Echo, Boom Bap Project, Libretto, Mr. Meezalini, Lightheaded, Oldominion, and a few others. But the ones that I named are the artists that are putting out projects, touring, and actually making some noise.

How did you hook up with E-40 and how did the mixtape come together?

E-40 has been working with us for quite sometime, or many moons as he would say. He has been showing Bosko and myself plenty of love, and we actually work together like a family business. E-40 is a good dude, and has been all the way real with us. I just really had to ask him would he be willing to do the mixtape, and he said yes. It was really just that simple. We plan on doing a lot more stuff together, and have a lot of material in the vault that we haven’t even put out yet. E-40 has also been a blessing to us, and has really extended his hand to Bosko and myself.

How was the work on “Doin Business”, could you just give us a little insight in the recording process?

We started out with a plan to put together a dope album as a group, but we never thought that we would end up with all of the features that we had on the album. It ended up being a great album, and it was dope to work with Jayo Felony, Kurupt, WC, The Luniz, N2Deep, Baby Bash, B-Legit, and more. Working with LQ was also a pleasure, as he is a real creative dude. He has a lot of great ideas, and with Bosko, LQ, and myself in the room, it was an incredible working environment. There were a lot of hot songs that came about, and people haven’t even heard all of them. That album also got us a deal, and turned out to be a real fruitful situation for us all.

What’s up with Poppa LQ lately, are you still in touch with him? 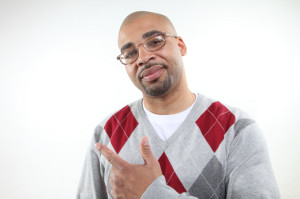 LQ has been working hard on his album, and you can hear him on the Regime mixtapes with Yukmouth. He also just recently released his own mixtape as well. We talk, and he has been in the studio with Bosko working on his album. He stays busy all the time.

What about the future: what’s about to come, what are you working at right now?

Right now we are concentrating on getting Bosko a deal, and getting some bigger production work. We are also getting my new albums ready to come out. The I Hate Cool Nutz album and The Guerilla In The Trunk album. We are also working on the Manaic Lok “Street Star” album and The Goon Sqwad album which is Maniac and Myself. I have other groups that I manage as well. Those are Sirens Echo, Boom Bap Project, Pricy, DJ Chill, Chef Boy R Bangerz, Torry Ward, Arjay, and a few others. We are very busy right now, and we are setting the bar for hip-hop to come from the NW. It’s going to be an exciting year ahead of us. We have new albums coming from everyone, and we also just dropped the new DVD from Sirens Echo. It’s a full length DVD that’s about 81 minutes long. Things are heating up over here.

What distinguishes your from other rappers, which specifics do you have to offer?

Being from the NW, its a melting pot of styles. I don’t really sound like I’m from anywhere. We basically have our own original sound, and I look at myself as a mixture of Jay Z and E-40. Classy, lyrical, street, and credible. I feel like we have worked hard to create our own sound, as well as an amazing live performance. I am an industry professional, as well as a full fledged entertainer. I feel like I have a lot of substance in the new music, and I have grown a lot over the last few years as an artist. This is the new and improved Cool Nutz. I want the next projects that we drop to be classic material, and actually establish the sound of the NW.

+ Money – I gotta have it
+ 2006 – an amazing year for Jus Family Records and Executive Branch Management
+ Music-To-Ride-To -E-40, Jay Z, Al Green, Mac Dre, Marvin Gay
+ Germany – Flew through there on the way to Copenhagen, but I need to do a show over there.
+ this interview – a lot of typing

Thanks for taking the time, any shoutouts at the end of this interview…

One love to you for featuring me. I would also like to send a shout out to Bosko, Maniac Lok, DJ Chill, Torry Ward, Sirens Echo, Potluck, Jeffery Simmons Jr., Pricy, Chef Boy R Bangerz, Smiley, Mizzy, and all of the people that truly support Jus Family Records and Executive Branch Management.

Dayton Family – Welcome To The Dopehouse ›