First off, could you introduce yourself to all those rap fans, especially here in Germany, who maybe have never heard of you?

Well.. my name is D-Fly. I’m from Chicago, Illinois in the United States. I’m part of Da’ DramaWard.

How would you characterize yourself?

I would say I’m a cool individual. Laid back, but love to kick. Just surround me with some real ass people and some liquor… light or dark, it don’t matter (laughing). As an artist, I’m just trying to be the best I can be. Trying to reach new heights. 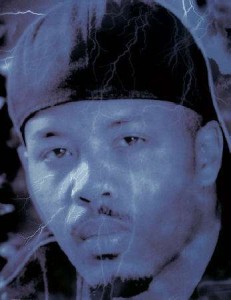 How about living in Chitown? Where did you grow up?

I grew up on the westside. In an area called “K-Town”. All of the streets start with “K”. Chicago’s cool. It can either make you or break you. It just depends on how you handle certain situations.

Describe us a regular day in your life.

It differs. I may be gettin’ up with my boy DaWreck from Triple Darkness to see what’s new. We have a production company together called “Hypnotics”. Or I may be getting up with some people who’s looking for tracks or studio work. Or just coming up with new ideas as far as business.

There are a lot talented rapper in Chitown ready to blow up. What do you think?

Yeah, it’s Chicago’s turn. I guess you can say they saved the best for last. Truthfully, I feel Chicago has the coldest rappers in the United States. We’re too versatile. Not stuck on one style or sound like some coasts. The industry has labeled our style as the “Chicago sound”. That’s because mostly everyone that’s done something has been from our camp or affiliated with us. But there are more raw ass niggas in Chicago. From the southside to up north. We’re just one side of town.

What do you think is the reason that chitown rapper are that underrated?

Chicago artists never really had a chance to shine. It’s hard here because nothing’s here. No record labels, no love from the radio station or club DJ’s. Everything’s political here. That’s why a lot of artists have to go to other cities like New York or Atlanta to get on. But lately, because of Twista and Kanye West. The radio stations here have been showing a lil’ more love to the local artists. Plus more artists and producers have stepped their game up.

Twista did a lot for Chi, but he changed his style. Today we got another Twista. What are your thoughts about him?

I’ve always liked Twista from day one. We grew up in the same neighborhood. Me and his brother were friends. A lot of people didn’t like him when he first came out in 1993. They say they couldn’t understand him because he rapped too fast. As far as him changing his style, everyone goes through growth and maturity in their music. Whether it’s Jay-Z, Eminem, OutKast, or whoever. It’s just a sign of growning up.

What are your favourite records at the moment?

I like a lot of different artists for various reasons. Too many to name here. But I like artists from different coasts. I’m not just one-sided.

Which people have influenced your career?

Wack rappers… (lauging), just kidding. My earliest influences might be my homies I went to high school with. The name of their group was IROCC. They were the first people I knew going to the studio to record. They we the first people I know making their own music. This is when I was like 15, 16 years old. Everybody else were just rapping over other people’s instrumentals at talent shows. 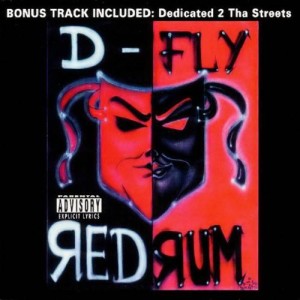 How did you start into the rap game and do you remember the first track you made?

I first started rapping in 1986. The name of my first song was “Rock The Bass”. I didn’t get serious about rapping until 1992. Bought my first drum machine in 1993 and released my first album in 1995.

To me, your “Redrum”-album is a classic. Tell us a little bit about that album.

Thanks… RedRum is a collection of songs I recorded from 1993 to 1995. Most of them are from 1994. I probably had 3 albums worth of songs back then. I wasn’t planning on starting a label or anything like that. I just wanted to put a tape in stores to see what’ll happen.

What inspires you most when you write a song?

Different things. Something that might be on my mind bothering me. Or a might hear an old record, we call ‘em dusties, and that might spark an idea of a song.

Stuck, Mo’ Tragic, or Goin’ Thru Shyt. Those are from the heart.

About two years ago, you released you last solo effort called “I’ma Tell Ya Like This”. Are you working on a new album right now??

Yeah I’m planning on releasing it by the summer. It’s gonna be called “On Somethin'”.

Can you give us any further information on it like who’s gonna be featured on it and who handles the productions?

So far I have DaWreck of Triple Darkness, Lil’ Chilla of the Snypaz, and G-Ball. Me and Psychodrama are planning on doing a song on there also. I’m handling the productions … unless I hear something someone has done that I just gotta have. 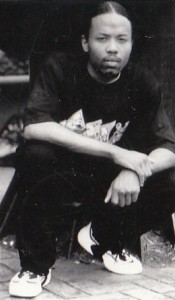 Is this album different from your earlier stuff?

It’s different as far as me showing growth and maturity in my music. But it’s still that signature D-Fly sound.

Who would you like most to do a collabo with?

I’m willing to do a song with whoever. As long as we’re feeling each other. He or she has to be feeling me just as much as I’m feeling them. I’m not gonna get someone to feature on a song just because they’re hot right now. The feeling has to be mutual.

Chi-Funk Records, is that your label? Are there any other artists signed?

Yeah, I started it back in 1995 with my boys Nate-G and Tone. We not together any more. We didn’t fall out or anything. We just grew apart. We still talk when we see each other. At the moment, there’s no other artist signed. But there will be once a get a deal and the industry in Chicago gets better.

You’re a part of the multi-talented Dramaward. Can you name the other members and tell us what ya’ll are working on right now?

Do you have anything 2 say 2 your supportaz in Germany?

Yeah… thanks for all of the love and support. And the same support you’re giving us in the US, do the same for your artists there. I’m sure there are just as many as hungry and talented as we are.