How are you doin’ Dnae – let the world know who you are!

I’m doing good. My Name is Dnae (prounced D.N.A.) Beats hailing from the west coast, San Francisco to be exact. I’ma producer / slap maker whatever u wanna call it. I’m also a vinyl & shoe junkie (size 9.5 – 10 if u wanna get me some kicks.)

Could you give as a brief description of your music?

Well my music is hip hop based with flavors of dub, drum n bass, breaks & all sorts of stuff. I really try and switch it up. I go thru phases where for a month I will only make beats from moog or omega sounds and then for another month only with samples or together… 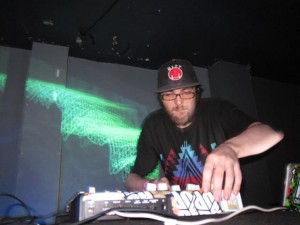 Which equipment do you prefer/use?

Well I only use outboard equipment for making beats. A 16 track sequencer / sampler, various synths, a crappy belt drive turntable and about 4,000 records. I’m not the biggest fan of alot of the loop based sequencing programs for computers. But I feel if a kid doesn’t have the access to a sequncer / sampler and fruity loops is the only thing they can get there hand on they should do it up and try to freak the shit outta that program.

Whom have you worked with so far / are there any albums you did some beats for?

Are there any musical role models you would like to name?

Well I’m not sure about role models but I think I was influenced by everything from Ravi Shankar to Squarpusher, from Herbie Mann to E-40. I can hear one of the homie’s songs they just did and that will get me inspired to make a beat.

What’s the matter with your first full-length album “Urgent Notice of Disconnection”? Could you just provide some info on this piece? 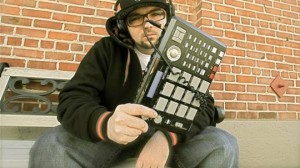 Well, U.N.O.D. drops this summer on Day By Day Ent. It features exclusive tracks I made with: M.F. Grimm, Z-Man, Pigeon John, Approach, L’Roneous and many more. I also have a limited pressing import lp called “Eternal Autumn” that is in stores and features a handful of mc’s from Project Blowed, The Shapeshifters, The Visionaries, and more…

Underground-Producer’s are a dime a dozen – what has one to be able to do if he wants to get signed by DBD Ent.?

Well I’m not sure. I was doing some beats for Grimm’s upcoming American Hunger album and then DBD just offered me the deal. So I guess the best thing would be to send a demo and it might get listened to cause the folks at DBD are very busy running DBD & DBD Rock plus there is quite alot of major stuff instore for the listeners in the future from DBD.

You could already gain some experiences in the music business – what has been the most important lesson you’ve been taught?

Have a lawyer look at the contracts u receive.

How do you review your own work – is there still anything you would like to improve?

I’m very critical on my music, I always feel that I need improvement. I think if a musician didn’t think they needed some fine tuning they would get bored making music.

You’ve toured the world and have performed on stages in Greece, England, France and also Germany. Many artists I talked to told me that the hiphop-scene in europe today reminds them of the american scene how it used to be back in the days – can you approve that?

Yeah I agree. I think that in time hip hop will come back. It seems every year there are more indie cats breaking into the mainstream – look at Dialated Peoples & Slum Village. 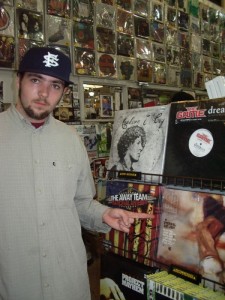 Which records can be found in your vinyl-box when you rock the crowd friday night at the club?

Well recently I have been in the studio finnishing 3 records so I haven’t been in the clubs that much but when I’m touring this summer I’ma play alot of Day By Day & Sound Ink catologs and all my stuff on vinyl. I try and spin the homies so there music is getting in to the clubs more.

You hail from San Francisco – over here, the town is mainly known for it’s gangsta-rap. Is there also a nameable hiphop-scene over there?

Yeah, Quannum is based South of Market, same with Om Records, there are alota cats doing there thang but there are alot of hungry mc’s that are coming up, like: Conceit, Z-Man, Lo Vision, Co-Deez & Eddie K. Frisco gangsta rap is what alot of us grew up listening to so I think u can hear a lil twang in alot of our music.

Where can people buy/hear your music and get some further info on you and wour work?

If u want free mp3’s check the music section @ www.dnaebeats.com & www.myspace.com/dnae. I’m gunna start have a new free mp3 a month.. U can buy my music online @ www.accesshiphop.com, www.sofarwest.com & soon at www.daybydayent.com.

Time for acceptance speeches, shoutouts or whatever to end this interview…

Shouts to the whole Day By Day crew, the whole Sound Ink crew, Outta Nowhere Ent, my crew WAH!!, all the dj’s & radio dj’s that have been playing my tunes, Fumanchu Clothing, the 247 Crew, man there is sooo many… Everybody who is support my music and buying my music. Spread the word. Even props to everyone burning my music. Spread the word. Cop the next album. And of course all the folks @ ugrap.de !!!! Peace…