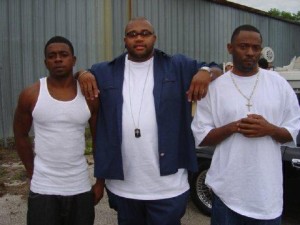 What about your current and future projects? Will there be more dope tracks with the Fakkulty, Flea, Bam, Burton Boyz, Street Military…?

As a matter of fact me, Bam and Lil V from Da Fakkulty are doing shows in small spots around Texas. I keep in contact with the Burton Boyz – and I have plenty of tracks, so your answer is yes.

What do you think of Z-Ro’s and Trae’s success – will you work with them again?

Trae and Z-Ro – I’m proud of their success and of course I would work with them.

Could you just give up some more info on you brother Lil Flea’s solo project?

We have like 14 tracks done but we might release this one as an underground. But Flea is doing his thing, taking care of his family and that’s his first priority and you have to respect that. But he still takes time to fit his music in.

What about your submission to the album, who else will be on it?

I produced like 12 songs. We did some songs so far with K-Rino, Klondike Kat and Z-Ro.

Have you ever thought about dropping some underground shit since people are waiting so long for new releases?

Me and Bam are talk’n about doing something. Also B-1, shoutout to B-1!

Do you realize that you have a large fanbase overseas?

I didn’t realize it at first but now I do – and I appreciate all the love. 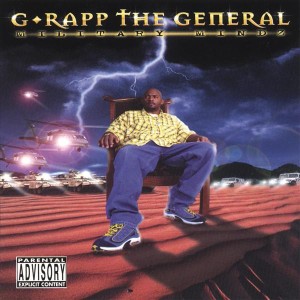 The SPC already released two group albums – so what about a full Killa Klan album?

I put away 14 tracks for my Killa Klan project and everybody is down with it.

How does the future of the Killa Klan look in general?

I try my best to keep it going. When Pharoah was gone and Nutt and Malik (R.I.P.), that was a big downfall because they were an important part of the click. But trust me you will have something by me very soon.

What’s the latest word on Pharoahe?

Let’s talk about the past a little bit. Can you tell us something about your youth, how was growing up in Mo City?

Growing up in the Mo, man, it was the best times in my life. Got shot in the Mo, stabbed 6 times in the Mo and there’s nothing like the Mo. They play a big part as in keep’n the Killa Klan name going. Me and my brother we always hung, he took a knife for me when I got stabbed. And he was shot in the back in the head with a shotgun. We were just going things that teenagers did. But as you grow older u learn from your mistakes and there’s like nothing we given a second chance for life…

Do you regret things or decisions?

I wouldn’t chance my life for anything, so I don’t regret anything.

Who were your influences as far as producers and rappers? Who did you listen to comin’ up? 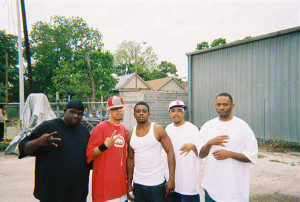 When, how and by who did the Killa Klan got formed?

The Killa Klan was actually started by Pharoah, it was first mentioned on Dead In A Year.

What happened to people like Steady B, Fred Perry, Mac Adell and Big 20?

Still kickin’ it with Steady B and Fred Perry. They were there before the days in music. And mac and Big 20 everybody doing their thang.

Some more names: did Bendu, 13 Strong (Slim), The Lost Souls and Caviar ever drop any albums?

Cavier is a producer, he doing sum’ for Flea. Also one of the most slept on producers in Houston, I think the best. And 13 Strong is workin’ on his project. That’s my potna from Ridgemont, the Mo.

What do you think of rap today? Definitly now when Houston is in the spotlights?

A lot of it is more on marketing. And I’m not a fan of a lot of commercial rap.

Will you change your sound due to the boom in H-Town? How do you rate your submission to the scene in general?

My sound will be always the same. I have to go with what got me there. And I think me and Bam played a big role in the Houston rap scene also…

I wanna shoutout to all the peeps in Europe that’s supporting the Killa Klan. My brother Lil Flea, Bam, Street Military, The Fakkulty, K-Rino and the SPC, Burton Boyz, B-1, Leansippa, Bigsweets, D-Nuts, BGN, Blueberry. Rest in Peace Nutt and Malik. Extra thanks to Ben and Ugrap Magazine. Check me out on www.myspace.com/grappthegeneral