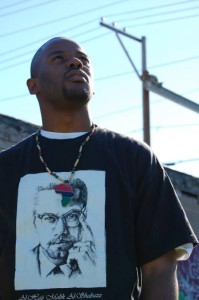 How’s it going Infinito? Everything in balance over there?

It’s cool, I’m keeping it all in motion and loving my self, my people and what I do constantly. I’m always creative and fresh.

You released a vast number of albums. Do you still have the overview over your releases? How much are it all in all?

Well I will make sure I keep creative control and ownership of what I do it’s the only way I can operate. I’ve never done anything creative for any one else’s approval. The number of releases is well over 180 and about 25 of those are instrumentals and many are under other aliases. The Exact number is really left up to those that can research and find them all.

Do you own at least one copy of each album or did you sell them all?

Yes, I own every copy and I own digital files as well as 4 track tapes of older projects from the 80’s and the 90’s.

What about the producers you work with?

I don’t stick to one producer I always change up every year. Like this year I came out with “We Are Dark’ produced by Black Sparx from Brooklyn New York and other years I’ve worked with Mr. Skurge, Dj Waht, Mixx Massacre, Memo, Molemen, Thaione Davis, Cool D, Fatnice, Insight, Dug Infinite, The Geaux, Count Bass D, Empee, Ptah, Fathom 9, and many other producers from around the world.

Wouldn’t it tempt you to produce a whole album on your own?

Yes I’ve done that several times as well as creating Instrumental and beat albums. I’m gonna do it again real soon look for “10/26/75” and “For The Love of Naked Black Woman” I produced both of those albums.

Can you make a living off your music? What about the sales of your paintings?

I’d say yes you can make a living off of both you just have to prioritize the efforts. Keep it all focused and planned out.

Where do you take your inspiration from as a painter? Could you describe one of your latest paintings, including its meaning?

My latest paintings come from a collection of many life events and peoples. Mostly what I’m painting is nude figures of lovely Nubian Woman. I’m inspired from love and sexuality, the freedom of just being nude and loving your self as you are with no restraints or fear.

Back to music: What’s up with Nephew of Frank and your new (?) label Joe Left Hand Records? Has the previous label just been renamed?

No Joe Left Hand is a new Label; it’s under a new manager from out your way in Germany. A guy that’s really supportive named Max Bastin, he does all the promo and marketing. Joe Left Hand was formed following the death of my Uncle Joe Lovelace from Chicago and Toledo by way of Stutgarde, Arkansas as a way to pay homage. It’s like everything I do is real life experience put into a creative format. Nephew of Frank Records still exist, it’s just me taking a step back from so much creative control (and work) and getting some help. Nephew of Frank was named as a way to show love to all my Uncles, mainly my Uncle Dariel out in Denver who always has been a smooth talker and a real hustler in my eyes (a survivor), and all of my uncles as a collective for all ways being positive male role models. 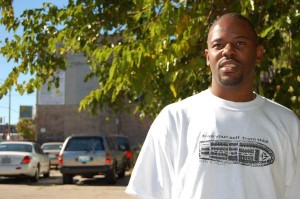 What happened to the Unorthodox Poets Society Project with Mr. Skurge? Why have there only been one or two 12 inch releases?

Well Mr. Skurge is a busy man he’s always doing other things in his life as well as music, we are still together as a group with a new album in the works for 2010-2011 that’s not titles yes with production from DJ What, Ptah, Fathom 9 , Thaione Davis, The Geaux etc … We had a tape out in like 1998 called Left Hand Jim Crow Papers but we don’t always have time to reconnect and do our collective left hand projects.

Are You still in contact with Mixx Massacre? When can we expect some new work from you both?

I talk to Mixx Massacre sometimes on Facebook but that’s about it, but I always shout him out as a true support and great help in my progress. Representing The South Side of Chicago mainly and where I happen to migrate.

Any word on Cos-G’s long announced album? Is it that hard to motivate him?

His album is coming “Jenora Rock: Human Error” coming early 2011 produced by The Geaux. So he’s been bouncing back soon. And for who ever put the info wrong on hiphopvinyl.de Infinito 2017 is not Cosmo (Cos – G) Cosmo is his own person.

What about your relation to Cos-G and Thaione Davis anyway? How did you get known to these guys?

Well I first met Cosmo way back in the 90’s when we were in the crew Nacrobats together. Me and Cosmo first battled each other in front of Columbia College to a draw and we became cool soon after. I met Thaione in the late 90’s through Nacrobats (Pugslee Atomz) also and when he worked at Dr. Waxx record store on the South Side of Chicago, he used to put my tapes in the store on consignment. Those guys became better friends in real everyday life from just dealing with and making it through alot of wars in the world together. 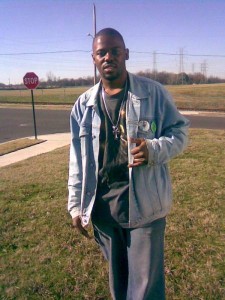 Will there be a second I.T. album?

Who knows… we last talked about the IT project number two called “Scorpio Virgo” back about 3 years ago but we will have to see, because the people I work with don’t normally work in the same time frame as I do. I’m known for being more prolific, consistent and constant when it comes to the creative process.

What does a typical day in your life look like? How much time do you spend for doing your music and what else catches your interest?

Well it depends on the month and the year. Like some days I wake up and just check my email, do my blog http://www.2017blackart.wordpress.com, than eat, if I feel like it through the day I may write a rhyme or paint a picture depending on what I want to do, finish that song by night or painting from that day. Normally just sending love to my immediate family and just learning keeping up with the history of myself and my people. I’m just always being productive and creative, some days I may arrange a book or edit (produce/direct) a music video or short film. http://www.infinito2017.com for updates and http://www.youtube.com/infinito2017 for video …

Last not least: tell us everything we need to know about your current projects! What’s fresh out the oven right now and what’s coming up next?

Well what I do know now is “Outer Body Experience 9.0: Thinking the Thinkable”, “Marcellous Lovelace – You Don’t Know Me”, “Infinito 2017 – The Last Real African In America” and more projects videos and short films as well as a book “I don’t Have No American Dream”. Just getting done with all the projects I start.

Where can people check you and your music out on the internet?