Introduce yourself first. Where do you come from?

I come from New York originally, but had to move to GA in a re-location program. Starting my writing career there. And ending up in Cali.

You recently released your first album “Slave One”. Why did you choose that title?

I chose that title because he realized that even though slavery has been over, many people still are in prison in their minds. And we do live in a free-prison society where your given the thoughts and benefits of being “free” but remain trapped in certain social conditions. Hopefully not being the first on to realize this I named my album “Slave One”. 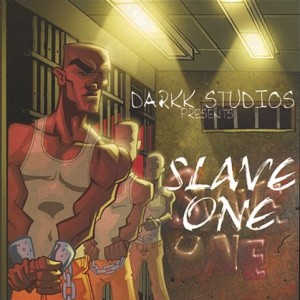 How would you describe your musical style to someone who has never heard of you?

Commercial underground. This is because, I’m too commercial to be considered “under ground” but to underground to be commercial. Thus the name of our publishing company “Midrange” or underground music you can dance to..?

You speak on the ups and downs of life in the songs of your album – why do you consider it as important to keep things authentic and real?

I don’t really push the “i’m real” slogan used by sooo many artist of today. I feel that if you are real it will ultimately show. I just write what I know, and have experienced. Trying to be yourself is hard enough! Why try and be someone or something else?

What’s your favorite song on the album? Why?

“My Dominion” mostly because it’s to my son and people I used to know. (In GA, I’ve since moved out to Cali). It’s was also one of the last songs I recorded on the album, so it has more of my style in it.

It might be interesting to get some additional thoughts/info on certain songs:

“D.O.N.”
One of my first songs I wrote while in GA. It was the first “good” songs when I started calling myself James. Don’t know why it took so long to call myself my real name… hehehe

“Remember”
One of the first songs with “my” style in it, so it sounds different from – “D.O.N.”, “Can’t U C It”, and even “Everyday”. It was also the first finished Cali song… good club song though.

“Can’t U C It”
An oldie, but goodie. I was trying some new styles and beats (which I made!) and it came out pretty good for back then, Ii did this one in GA and have changed my style since then.

“My Dominion”
I like this song because, like I said, it’s for my son Dominion. it also has Diana in it, who after 4-5 singers doing the hook, got it right! I wanted a song that showed my full range of abilities, and this was it! I got the sound I was aiming for, and the lyrics make sense. A rare thing in rap today. Underground or commercial.

“I Made It”
This song was to be the end-song signifying my release from “prison”. I was to have made it. And this song tells a story about freedom and changes, in a lyrically sound manner. The beat was one of my favorites made by Tony Keys. Again Diana makes this sound the best it could have been with a catchy soulful hook. Listen to the words of this song and you’ll be rewinding in no time. On of my best lyrical deliveries to date.

If you had to review your own album – what would you criticize? Is there anything you still want to improve/perfect about your musical skills?

Well, I’ve done some songs since, and my style is always improving. I would have the acoustics worked out a lot better. As far as the songs go, I feel this album shows my coming of age. It was my first and maybe my last, I hope not though.

The booklet tells us that we can expect more music from your camp soon. What’s going on in the future – which releases are coming up next?

Again, not being commercial, we don’t know what the future holds as far as music goes. Being independent has it’s costs, really.

What about yourself – are your already working on something new?

I’m a writer by nature, so I’m always writing something. I don’t like putting out my best and marketable work. So if I don’t think it’s hot, then you won’t hear it. We have some songs on the website that didn’t go on the album, so most likely if I have something hot to share it will go there…

Where can people buy a copy of “Slave One”?

They can get a copy at www.thedeenajamesco.com in the store section there is a link to cdbaby.com and towerrecords.com.

“Slave One” has a real nice artwork designed by The Deena James Co. What’s the deal with your connection to this company?

It’s our art depot, you see when it’s all said and done. Darkk Studios will be for music and The Deena James Co. will be for art. When you are independent, you can do whatever you want! So i draw and write comics in my spare time. My main company is “Midrange Publishing and Distribution”. and if that ain’t confusion enough!

In “Everyday” you appear kind of depressed rapping lines like “Everyday it’s like I’m dying and every breath/ and every step that I take bring me closer to death”. Why is your sight of life overshadowed by death?

Death is apart of life! We all die someday. Without death, there can be no life and vise versa. I did this song to vent on some thoughts reflecting the books in the bible called ecclesiasties. It goes on about the pointless-ness of living to die. weather rich or poor, dumb or smart, they all ultimately die. No matter what you achieve or don’t achieve. So it is bound to happen soon enough…

In “Run It” – my favorite song on the album – you speak on being glad to be alive and having escaped the projects. What are you’re experiences with the street life in your hometown?

I didn’t realize that “ghetto” live was so different untill I got out of it and looked back and said to myself. What the “bleep” were you thinking!?! I have no idea how I got out, but I know I did. I also know that most of my “so-called” homies are still in it if not dead. So some day I hope to return. But like all things, I seem to grow out of phases in life, and feel I had to go through what I did in order to appreciate what I have. – What I didn’t want to do it make and album solely about my “ghetto” life, which seems to sell but ohwell. My famous last words would be: “I’m not a thugg, I’m the boss now”.

I have no idea. I find myself saying the same things that “old” people used ta say to me: “how can you listen to that garbage!?!”. I guess it just needs to stay fresh to younger crowds and it seems to be doing just that, raps sales are at an all time high, and seem to be making millionaires by the truckload. Even lame acts get national exposure, so what ever it’s doing now, keep doing it!

Do you have any final words to end this interview?

Sure, thanx for it, and glad you like the album. And with millions of site and folks like you guys, it’d be a dream world for indie writers! Thanx!