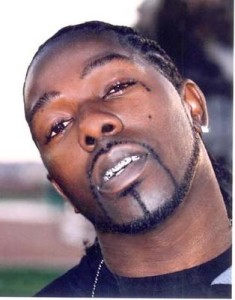 What up Kavio, introduce yourself to our readers please.

How’s the situation on the street right now?

It’s crazy in these streets right now ’cause it’s a whole lot of war between blacks and mexicans in LA right now from the streets to the prisons.

You kinda made your way out through music – How did you hook up with C-Bo and his Westcoast Mafia?

I hooked up with C-Bo at the beginning of 2004 thru a mutual friend. It happened right after I beat a case I was fighting for 8 months they was trying to give me 15 years for pistol wippin a cat that tried to rob me. So after that I beat the case in December 2003 and I got hooked up with Bo-Loc 2 weeks later.

Have you been incarcerated during that time?

No I wasnt incarcerated, I fought the case from the street I’m a baller so I got money for lawyers and bail.

Did you play C-Bo any music that you recorded before?

When I got hooked up with C-Bo I was just starting so i wasn’t really rappin’, I only been officially rappin for 10 months, I taught myself how to rap. C-Bo took to me ’cause I’m a gangsta and he had me on the road with him for about 4 to 5 months and I had a deal with Bo-Loc before I could rap.

What did you experience on the road? How’s touring with C-Bo?

It was cool being on the road with C-Bo, I learned alot and we did it big. Touring with C-Bo is like touring with 2 Pac, he’s a real nigga and he gets respect from everyone.

Which cities have y’all been to? 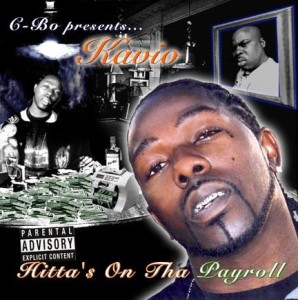 Let’s talk about your music, your first album is due to be released real soon. what do you offer to the people on this piece?

I’m offering the people a different Westcoast Mafia sound, a Rhythm’n’Gangsta sound like Snoop. I am from Compton but Long Beach schooled me a whole lot in these streets and its like a second home. I got real close ties to the Dogg Pound. But this record is real and it has Dirty South beats as well as Westcoast beats on it. The name of my record is called “C-Bo presents: Kavio – ‘Hitta’s On Tha Payroll'”. My record will be droppin in January or February 2006 fo sho and I got C-Bo, Yukmouth, Goldie Loc of Snoop Dogg’s group called Tha Eastsida’z, Kokane who just signed with Tha G-Unit, Badazz from Tha Dogg Pound, Lil Flip’s crew Tha Clover G’z, 40 Glocc, CJ Mac and MC Eiht.

So what’s the state of the recording process?

My album is done the engineers are mixing and mastering my record right now making sure my music has that crip sound, that mainstream sound.

Westcoast Mafia is a label run by professionals – do you still sell out the trunk out there?

No, not me unless im on tour, we always in the stores. But if im on tour im bringing my records with me to sell.

For sure… will you also be featured on other records?

Yeah, I’m on C-Bo’s “Westside Ryderz 2″ coming out on October 25th 2005. This track features me, 40 Glocc and CJ Mac and it’s some real gangsta shit cause we spittin’ heat on that song which is called “Let ‘Em Know”. We are expressing ourselves to the haters or anybody that wanna bring us down. Then im on Lil Flip & Tha Clover G’z present “Black Al Capone” and I’m on DJ San-J’s record which will be coming soon with Shabba Ranks and Craig David the ttrack on C-Bo’s record. 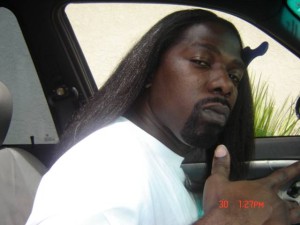 Is there alot of hating out there?

Yeah it’s haters everywhere, just youngstas or fake muthafuckas that will bring you down if you let them. That’s why in this song we lettin’ it be known that if u fuck with us it’s all bad for yo ass.

Do you restrict on servin’ heaters by doing music after you beat that case?

I’m still with it but I got hitta’s on my payroll that means in real life that will do the doing if I tell them to, you feel me.

Yeah, I think so. Time is running out – do you have any last words?

Shouts out to my niggas that participated on my record, my family, my kids. Fuck anybody else that ain’t down with the real muthafucka’s. Stop snitching by diggin’ ditches! That’s what’s up. Thanks for the interview homie, I appreciate it.