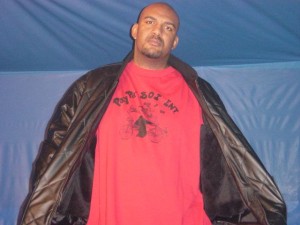 You’re running your own label called Paypa Boi Entertainment now – when and why did you decide to go into business for yourself?

Tell me about your current promotion situation…

All artists that sign with me I make sure one music video is done per album. It’s the same thing that I was doing when Dice was with me, the formula has not changed but now I am a sales rep for three worldwide hip hop magazines: http://www.rapfanatic.com based in Sunnyside, New York, http://www.murderdog.com based in Vallejo, CA and http://www.streetmastersmagazine.com based in Memphis, Tenn.

Working hard on Kawtion’s new compilation called “Mizery Luvz Company” (CD/DVD) which consists of Fallen Angelz Entertainment artists and guest features. The DVD will have footage from Dice in the studio recording, music videos which is “Whut Up Doe” from the “Black Monday” album and more, Mastamind interview, Mastamind in the booth recording, MC Breed in the studio recording, concerts with Tha Paypa Boiz, Kerry Clark, DJ Lenn Swann…it’s going to be one well put together DVD.

The homie Breed is incacerated right now – what happened?

MC Breed is a legend in the rap game and he his a good father to his kids, he just got caught up with the state of Michigan but best believe when he gets out he is going to make the best music ever in his life.

Can you still remember how you hooked up with him? I felt like his career was practically finished when Fallen Angelz picked him up…

Yes man, on some real shit. My moms was watching BET and “Gotta Get Mine” came on and she said that boy Tupac know he can rap but who is the other rapper, his voice is as powerful as Tupac. And I said MC Breed, he from Flint/Michigan and then my moms gave me 5000 and said go find him and I did. The rest is history and I then became his manager for my company Get Payper Management. MC Breed never fell off. He was ghost writing for Too $hort and others along with The D.O.C.

Have you ever thought about doing a full length album with him?

I got an album done called “The New Prescription”. We had a deal with Psychopathic Records but we ended up pulling the album off the shelf ’cause they didnt know how to market Breed with the paint on his face. So I will be putting that out later. But I got about 30 songs on Breed, you will hear him on all the albums we release for at least the next three years. So look out for Tha Paypa Boiz, ’cause Breed is a member. 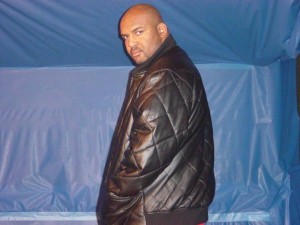 I talked to Dice earlier this year and he told me that his work with Fallen Angelz is a over and done. Why did you break up working with him?

Dice is still signed and he has not completed his contract. It’s a three-album deal with one option. “Black Monday” is still selling 300 units a week, revenue Dice will never see until he fulfills his Fallen Anglez contract. As you can see he is the only artist who’s been signed to three record labels from Detroit and left everyone because he can’t pick up a dictionary and find out what the word ‘recoup’ means. The labels he left: World One/Raw Dogg Records, Esham’s and James Smith’s label Reel Life Productions and Fallen Angelz Entertainment. I didn’t stop working with Dice – he quit on me when I was bringing his music career back. I brung him back to life ’cause no one was thinking about him before he did business with me. I am the first label to get him in magazines and noticed again on the internet and had his records national just like Esham did when he was on Reel Life Productions. And now look at him: can you buy his albums in stores now? No. But check us out on the internet or any chain record stores like FYE, Circuit City, Coconuts and Wherehouse Music. Our product is there for the fans.Do you see the difference between Fallen Angelz Ent. and what is Dice is doing? Have you heard his “Neighborhood Watch” album? Check and see if you can find it online! You can’t? So tell me if you can find us online and who yo think made the bad decision…

Actually you plan to release a Double CD in October, with Dice’ “Red Rain EP” on the first disc. So you still owe the rights to his music?

Yes, October 31st 2006 on Halloween: Dice – “Red Rain”/Earth “Evil Angelz Runnin Thru Hell”. It consist of 34 tracks on 2 CDs. On “Red Rain its 14 new tracks. No longer a EP, it’s a full length album which features only Razzaq who is on five tracks. Backgrounds vocals by Supa MC of Proof’s Purple Gang. The whole album is produced by DJ Lenn Swann, Kerry Clark, Lord Maji, Razzaq and myself. On the Earth album features: MC Breed, brand new solo by Mastamind, Tha Paypa Boiz, DJ Lenn Swann, Miz Korona from Eminem’s “8 Mile” movie, The Bloids, a rock band from Ann Arbor, Michigan. Dice is on the album. Yes, Robert Boyd aka Dice is still signed to Fallen Angelz Entertainment. The power of the ink on paper is lethal. He now owes me 2 more albums, he had signed a four album deal. Yes, I owe the rights to any music he does til he finishes he obligation.

Do you care that that Dice and Big Head Records disallow “Red Rain”?

Dice did the album bottom line but he left the label and went to another studio and thought that master is his. He didn’t put a dime in Fallen Angelz and wanted to own the label and was mad. I was seven year younger than him telling him what to do. But that is his personal issues. I am a business man and god is behind me always. Dice is still stuck in the hood while we are planning to tour the USA and overseas soon. 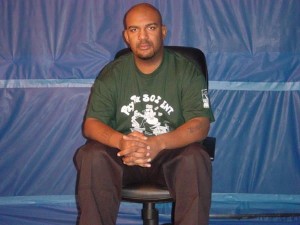 Do you think that it’ll ever be possible to work with him again?

I will never work with someone who is not a team player. I release his albums because people pre-order the album and I am doing business.

I’ve seen that Murder Dog Magazine featured a review of the Paypa Boiz album in one of their leatest issues – due to your influence?

The Murder Dog been showing us love since July 2000 til now. But about 3 weeks ago I became the sales rep for the Detroit Metro Area, so the review you saw in that issue is straight up hard work.

Are you already on the look-out for new artists to expand your label roster? Who could that be?

I am always looking for professional new artists to sign. My focus is to blow up the artist I have now and later add two new known artist to the label to expand.

To me, New York, Chicago, Los Angeles, Houston, Memphis, Gary or Sacramento always had their own sound. Now Detroit always has been different, it had a little bit of everything but never achieved to create a real hype for the local scene. Do you
agree? Why is that so?

The problem in Detroit is that there’s no unity with the labels, no unity with the artist, the radio or TV networks don’t support. It’s everyone on their own. But as you see Esham, Mastamind, Natas, Fallen Angelz, Tha Paypa Boiz, MC Breed, Royce 5’9, Slum Village, Dayton Family and Psychopathic Records are constant with their fan base. When artists get a major deal they are so stuck on “I am going to bring back Motown” that they fail to get the hot artists and producers on their album and try to do it on their own – and the album fails to do good numbers.

How do you rate the standing of your work especially on the local level?

The work we do as a team is beyond the local level. They so behind on business here in Detroit. We are in space and they still in the cave world. I see why Esham never did too much collabos. So I would rate my work A+.

You seem to work all day and night. Could you describe a typical day or week in your life?

Create new ideals, music, work on songs and graphics. Spend time with my moms, spend time with the artists and fuck about two women a day. And have my maid clean my house and get about six hours sleep.

What’ll be the first thing you do after having finished anwering these questions?

Get on the computer and spread the word about the albums and kick it with females online and have one come over, fuck her then put her ass out. And go out and pass out flyers in the streets.

I’m also working on a movie with New Age Films/Paypa Boi Ent. called “Say Goodbye 2 Jimmy Springs”. Tha Paypa Boiz is doing the Soundtrack that will only be available if you buy the DVD. That comes out October 2007. Check out the trailer to the movie on
http://www.jimmysprings.newagefilms.com