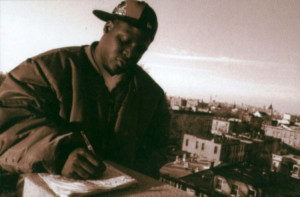 Your new album “The Offering” is supposed to be released real soon – so what will be your offering to the audience?

Oh, just pure Hip Hop. Straight Hip Hop in it’s rawest form. Probably it’s going to be some knowledge and stuff in it, some understanding. It’s going to be dope. I got Nas on it, Ras Kass, Canibus, I got Immortal Technique and Macabees. So it’s going to be crazy.

Most of your album had a sophicticated concept – so what about this one?

It’s just so many stuff. It’s personal. It got my personal life on there, I rap about my grandmother, it’s about life. The concept for this album is “The Offering”, that’s what I give. Preaching in all forms, kickin’ poetry. I don’t have a release date right now.

Will we have the chance to see you on stage over here in Germany this year?

Yeah, I’m coming out to Germany! I’m lookin forward to it?, it gon’ be dope. Word! i’ve been to Germany before. I love it, it’s cool, man. The women is nice, the Hip Hop is real… *laughs* Just I don’t eat pork and they got a lot of pork. They got pork everywhere…

Your music to me always had a mystical touch. Where do you take your inspiration from?

Just life itself. I listen to alot of Reggae, I listen to Bob Marly. There’s alot of stuff I read, just different type of books. History books, it can be for whatever, you can catch me on that. I watch alot of movies, too. Stuff like that.

The title of your second album “View From Massada” referred to the fall of the jewish stronghold Masada 70 anno domini. You wrote songs entitled “Fall Of Solomon” or “Maccabean Revolt” – what fascinates you about ancient history?

I relate the ancients to a fight in america. Black people have been opressed in America. Just right back then when the maccabean revolt took place. We’re from the same …because we got the revolutionary in our genes. If a maccabean revolt was against everything what Cesar built and his empire. And I believe that the modern day cesar empire is America. We want to revolt against the system and the politics – it’s an uprise of the people. No matter who you are…

But you know how the maccabean revolt ended…

Yeah, yeah, yeah… *laughs* You know we got to be greater ways than trying to kill ourselves at the end on the mountain. *laughs* It’s gonna be a uprising, that’s also the title of one of my songs on the new album, “The Uprising”.

I once read that the name Killah Priest refers to the idea of tearing down walls between different religious beliefs. Could you just break down the whole concept? 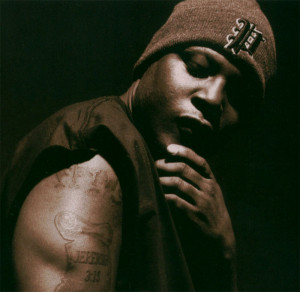 It’s priesthood now. They call me Priesthood. Killah, the way I spelled it like was the ancient tag ‘ah’. You got the word ‘ah’ in it, from Jah. Jah is an abbreviation of the ancient word of the most high. And that’s what I come with, you know, I speak in the words of truth and understanding. ‘Kill-ah’ means to kill all negative, it’s a word of god. And on that word they just call me Priest.

What’s happening with the Sunz Of Man lately and why haven’t you been featured on their new albums?

I think we’re just going through a tribulation period now. For the last album: it was alot of bullshit, to be honest with you. I let everybody do what ever they want if they wanna do their thing and stuff like that. But this was just some straight bullshit. Because I called Prodigal Sunn and I told him ‘Yo, let me get on the album’ and everything. Honestly, to keep it real with you, they just didn’t let me on it! *laughs* I don’t know why. It was funny to me. At that time I think he wanted to guide the Sunz Of Man into a different, commercial type of sound. Basically I was like ‘Aight, I’m ready to come in a deal with them’ – and it was all bullshit man! Brothers gotta learn how to be brothers for real. To be honest with you – we had the chance to do it and we had the chance to be a team but it seems like it never really went all the way round.

So chances are low to get another Sunz Of Man album with all the original members?

I mean, if you look at it, that’s up to me. There was supposed to be another Sunz Of Man album but didn’t want me in there. I guess this time they gonna allow me to do my thing… *laughs*

You said it’s sad, but I mean, it’s sad but at the same time it’s a learning experience. I’m not trying to control anybody. It’s just: I know the Sunz Of Man sound. But then we all got along and I don’t know what it was, man. You know, the industry people start talking to you, you start watching too many videos. I got a bad concept on me anyway, everybody wanted to blackball me ’cause cats don’t understand the specific worth of HipHop in the realness. They love this fake shit! Emcees today – I can never follow no emcees today. *laughs* I could never do that because emcees today don’t have no originality, they have no depth in their lyrics – and that’s nothing I can be impressed with. I’m a real person, you know, that doesn’t impress me. This is not hate, that’s just my personal feeling. If it’s nice then you’re nice. Alot of people get caught up because they watch videos and they’re not leaders. You know, they watch videos and listen to the radio and they think that’s what HipHop is all about.

So you already have your new crew, the Black Market Militia. Can we expect new material from them?

Exactly, yeah. Let me say this, I’m not saying that there ain’t gon’ be another Sunz Of Man album! I’m definately gon’ do that. I got to finish off the trilogy. But my new crew is Black Market Militia and Macabees is emerged in that ’cause I just like the concept of it. Tragedy Khadafi, we came together to do this and that – and it’s great! There definately gon’ be another album.

I’ve always wondered what happened to rappers like 12th Disciples or the 7th Ambassador. Do you still roll with them?

Yeah, 7th Ambassador is on “The Offering”. He’s on a song called “Through An Angel’s Help”. 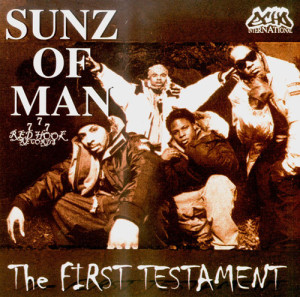 And the 12th Disciple?

No, actually I’m talking about the rapper that was featured on “The First Testament”…

“The First Testament”, I don’t even know who put that together. *laughs* I want to be honest with you, man, I don’t even know who has been doing all that stuff. I never was informed about “The First Testament” and all of those things like that. I don’t even know, somebody was just putting together albums that was sounding wack. And they put ‘em out there because they wanted the name to be out there – but the quality wasn’t there. So that has nothing to do with me. “The First Testament” is all old material, that has nothing to do with me rhyming now. *laughs* Half-way cooked, things were not even finished, they just put the stuff out there to keep the name out there. But that’s not Killah Priest. The Sunz Of Man really have one album. And that’s it. And the next one is going to be the real shit.

So how would you like to see your career going in the long term?

Straight up to the top. I’d love to get into movies and acting and stuff like that. I’ve also been acting before, I’ve been in certain movies. And I’m training…

Yeah. My new website www.killahpriest.com is moving great. And we haven’t talked about what I got out right now! I got “The Prelude To The Offering” mixtape out and it’s gonna kill everybody. It just dropped and it’s available on my website. That’s in stores now! It got me and Nas on there, me and Immortal Technique, me and Ras Kass, GZA is on there from Wu-Tang, the whole Wu-Tang members is on there. It’s something to get ’cause it’s definately a must-have. I got my some of my classic and rare joints – that’s available for ten bucks. You can’t beat that! *laughs*

Do you have any last words to the fans out here in Europe?

Yeah man, support real HipHop! I know how y’all do – keep it up, I want to keep it coming. “The Offering”, when that album comes out, trust me: you won’t be disappointed. It’s been a little while, I’ve (not) been just chilling and I’m ready to come out. I’ve been brewing up something real special for everybody.