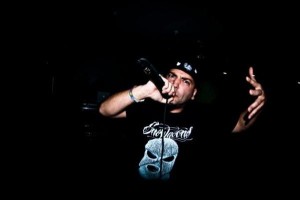 You just finished a full European tour with Reef The Lost Cauze, Block Mccloud and Snowgoons. Whats your overall experience, what kind of feedback did you get mainly from the audience over here?

The whole experience was life changing, the love and support I get from the european fans was crazy and being able to tour with one of my favorite emcees just added to the experience. I like Europe so much I never went home, I am still chilling in Switzerland.

You work with the Snowgoons from time to time. How the connection with them came together?

The connection with Snowgoons was from DJ Illegal of the Snowgoons hitting me up wanting to work with the Savage Brothers and I on the Black Snow record. The rest is history.

Snowgoons, you and Savage Brothers dropped an album together last year called “A Fist In The Thought”. What was the main conception behind it?

We just wanted to do a raw classic hip hop album. Snowgoons sent the beats and we smashed everyone, the “Fist” album is a little bit of everything from raw underground to real shit to even a little bit of horrorcore that you would hear on the song “One Shot”.

You’ve got a team called Bloodline. It is probably the most hardcore stuff from your side. Introduce a little bit this team…

Bloodline is me, Venom and Malikiah. Our whole plan was to bring back the rugged / brutal / underground / satanic / raw shit from the past. Bloodline is hip hop influenced by Gravediggaz, Flatlinerz, Necro, Onyx, King Diamond, Madball and so on. Each member of bloodline has a unique style like no other. 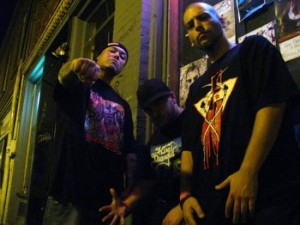 The latest release “Let The Blood Spill”…artistically compare a little bit to “A Fist In
The Thought”. Whats the similarity/difference?

To be real with you, I dont think there is any similarity. Two completely different styles of hip hop.

Recently you put out a video off the song “He Sold Out”. Tell us something about it, it was more a personal or a general message in it?

No just me saying what I think. I really hate where the culture of hip hop has gone these days, I hate everything from the commercial autotune bullshit all the way to the EGO’s of the underground. Hip Hop is fun for me and with the song “He Sold Out” I was venting on the mic and if anyone thinks there was a subliminal message or diss in it towards them, it probably was.

Do you plan to record a solo album? Whats the direction you want to look for?

Yes I will start on a solo album soon as the time come. It will have a little something for everyone but all Hip Hop.

You come from South Carolina…hows the hiphop scene out there past and present? 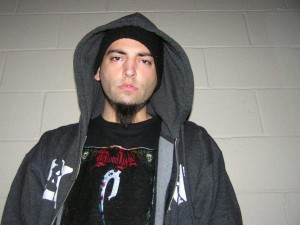 The scene in South Carolina was cool back in the day, I used to listen to all the underground hip hop from my state like “The Columbians”, “Streets Side Records” and Sab Young. But now the crunk shit has completely taken over. The underground scene is almost dead there. I hope to change that.

What are your next plans?

No plans, I just go with the flow and follow the lead of my brother DJ Illegal of the Snowgoons.

Any last message/thought to the readers?

Yes, to everyone who listens to my shit weather you buy the album, download it off the net, come to shows, ask for pictures or want a autograph I say thank you for the love and support. I’m just like you. I’m not just an emcee in the underground, I am also a huge fan of the underground. I’m not the rapper with a huge ego, if you see me don’t hesitate to say peace or ask for a picture or autograph I will never say no. Thanks again.