So you hail from Ohio, how’s the air down there?

The air is good ! Cincy sits on 7 hills. 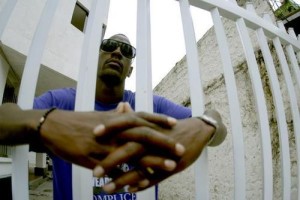 The first time I ever heard your voice was on the “Doom”-album by Mood. What are your recollections when you think back at the time with Donte and DJ Jahson?

When I think back to the Mood “Doom” days i get hyped because everything that we where talking about back then came to light.

Will there ever be another group album? Are you still in touch with them guys?

Yeah, we are working on a new album scheduled for release 2005 possible on Babygrande.

You’re one of the most prominent members out of the Wanna Battle Posse – could you give us a complete line-up of the crew?

I always wondered what that mysterious sign on the mood LP was all about – can you tell me?

Yeah it’s the star of David… a symbol that my group uses for protection.

The catchment area of “Doom” was enormous – where do you take your inspiration from?

Reading alot of books and building with Kweli about things that where going on in and around New York.

How would you describe your creed?

I am a scientist… 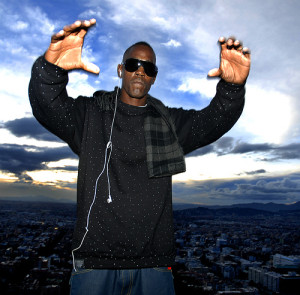 “Hip-Hopulation” is out right now. What’s happening on this one?

“Hip-Hopulation” is another word I made up for the population of hip-hop. Hip-Hopulation is a series of albums that will feature the hottest mc’s and producers from all over the world.

Why do you feature that many guest-rappers – your style has always been kinda personal?

The Hip-Hopulation” series is my vehicle to do collabos.

I must confess that I’m a big fan of Wanna Battle’s Crunch Ex – are there any news about him? What’s the word on the street?

Crunch is busy at work. Working on his new lp due for release sometime in’ 2005.

I think you know best what’s going on with each song of the new LP – just drop some short comments, anecdotes or additional toughts, memories about the studio sessions etc. to the following titles:

HipHop Worth Dying For”
I actually wrote 2 verses for this song after I heard what Kweli put down.

“Delivery Tactics”
I remeber going into the lab and hearing the original beat and flipping out!

“Never Imagined”
Killah Priest is my peeps. We recorded about 10 songs that week.

“Seen It All”
This is probably the realest song on the album.

“Mister Know It All”
I think everyone knows someone like this … 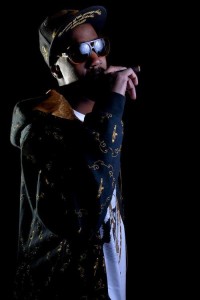 What was happening in the rap-scene of Ohio before you and probably the Lone Cats put it on the map to be recognized by the masses?

Jibri Wiseone was poppin and Icy D from the Wiz.

I even know a couple of gangsta-rappers from Cincinnati – how would you describe the musical scene in your federal state?

You can find a little of everything here in the Nati.

Have you ever been to Europe/Germany – what are your impressions of good old europe?

I was in Germany in 98 and I was impressed! I can tell the Germans study the hip-hop culture to the fullest.

What can be expected when you enter the stage?

Do you have any last words to the people and fans worldwide?

Thanks for the support and get at me if you want to network (info@wannabattle.com).

What would your life look if HipHop didn’t exist?

I would probably be involved with film (wannabattle films).

‹ The Herbaliser – Something Wicked This Way Comes