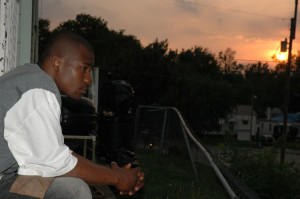 You’re the very first artist signed to J. Stephens Music – how did the deal come together?

Actually DJ Suicide presented me to J. Stepehens Music to audition for the battle at Fort Omaha Emcee Battle, but we ended up taking the business to the next level.

Back in 1994 you had your first guest appearance on a song called “Pass A Bat”. What comes in your mind when you reminisce about these old days?

R.K.O. and 4th World truly took over the streets. We had some of the best emcees on the roster: Jay Money, Lex Luther, Capitol J, Nascar, Toot and Cannons. All fighting for the same cause, holding it down on the mic, flossing gear, knocking fools out and making dough.

How does the rap scene of Omaha look like in 2006?

It’s gotten a whole lot bigger but I think that back in the day the scene in the “O” was better – but today you do have a handful of real emcees that really rock the mic.

I was asking you this question because the whole scene seems to revolutionize since 2000 – the traditional strongholds on the East- and Westcoast stagnate, the South and the Midwest have been blowing up instead. Did you notice any changes in your area?

Yeah, Suicide used to always tell me our time is coming. I watched music fade from the east and go to the west, fade from the west and went down south, now it’s in the middle and I feel I can blow it up.

You opened up for artists like DMX, Trina, Too $hort and Mr. Cheeks – how big is the importance that you attach to a good live show?

It’s the most important, some artists have great albums and terrible stage shows or excellent shows and terrible albums, both have to be good. I have a great stage presence and still practice for shows, ya dig. 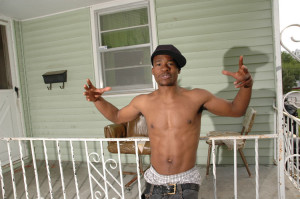 When will you go on tour yourself?

We’re trying to put something together right now. Hopefully by the summer or before the 07. You’ll see me city to city and state to state, real soon, trust.

The press info says that you not interested in being another Jay-Z or Nelly but rather the first Max Supreme. Tell me, what characterizes you as an artist?

Because I believe in myself as an artist to do what I know I need to do. My lyricism and style is like no other, my determination and dedication, my appetite for destruction.

Let’s talk about your debut album “Street Gumbo” which has been released in 2005. How was the feedback up to this point?

Fantastic. Radio stations, commercials, interviews, reviews … shit, I can’t complain not to mention all the e-mails and people telling me or J how hot the album is.

Which one of the songs on the album challenged you the most?

“My Life” because it’s about my life and a dedication to my grandfather. Also “Frozen” because that takes you through the trials and tribulations of a man, a baby mother and his music. So I would have to say those two.

How long have you been working on that piece? Tell me about the recording process…

Your music is very street orientated – what’s your message in a nutshell?

“Street Gumbo” is just letting peeps know that I got the flavor for the streets, the industry, the ladies, the pimps, the thugs, the musclehad, the haters etc. – because I got that gumbo, ya dig. 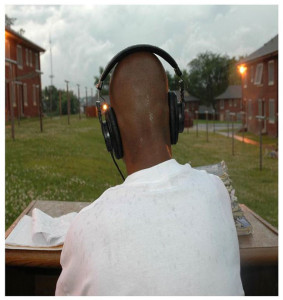 What’s the situation out on the streets of your hometown right now?

Everybody trying to get on top, same like myself. Some have the talent to do it but there’s others that don’t and that’s what creates the controversy, jealousy and chaos between the good and the weak, the champs and the chumps. So you have a whole lot of garbage ass rappers in the streets polluting the game overriding the good.

Where can people get their copy of “Street Gumbo”?

What’s happening next? I hope we’ll not have to wait another 5 years for your next album…

Maybe a mixtape or a second album, you won’t have to wait 5 Years I promise.

I think you can’t make a living of your music yet – how do you get your bills paid?

I got a gig, I go to work everyday.

Big ups to the whole Get Down Rec, Automattixx, Nascar & Atom Strange, Supreme Court, House Of Reps, Uncle Big Bad, Toot, Lo Lifes and Drama, Max Supreme fans, Studio 402, DJ Suicide and last but not least my family and J.Stephens Music for keeping me strong. Get down with the best don’t settle for less. Peace.