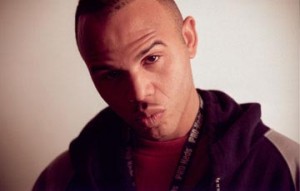 Would you please introduce yourself to those who may not know?

Can you still remember the first time you ever touched a turntable?

How did your career start from then on?

You know back then in New York there were DJs around, there were Red Alert, Chuck Chillout. Those were all the major DJs that run in the major stations like 89.7 kiss and DLS back in the days. I used to act like I was a radio jockey, not even DJ, and introduced the songs that were coming on and I used to actually just play them. And my father was a club DJ for the clubs at that time and he started get me into touching the turntables, you know, the real turntables. And from that day on I started to deejay.

Where do you take you’re inspiration from when you create a song?

I take it from a lot of people, my inspirations comes from anything and everything. Like it come from Michael Jordan, the great basketball player, to Withey Houston to Luther Vandross to Grandmaster Flash. Anybody that is basically great in what they do, that’s where I take my inspirations from.

You worked with a lot of different artists – which collabo do you consider as the most important of your career?

I think the most important collabo of my career was the collaborating with Common. Because he allowed me to do what I wanted to do. He never had a barrier with me doing anything, he just always said to me to do my ideas and let me be free about my creativity. I think he was one of the best artists I’ve ever worked with. I just did the scratches on his new album “Electric Circus”, the one that’s out now. And I speak to him from time to time ’cause I’m probably going to do some work on his up and coming projects.

Are there any other important experiences you made?

I don’t want to talk about the departure of the X-Exutioners that much but there are rumors going on that there maybe a reunion of the group? Anything true about this? 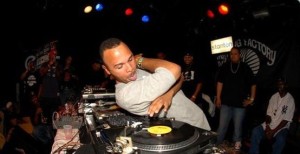 When you take a look at the last ten years, what would you say, how do you have envolved musically?

I think I’ve got a little more wiser to the business, I got a little more wiser as far as musically because my whole mindstate changed just from going around and seeing how DJs operate. I’m grown I think alot more musically as a DJ as far as I like to call myself more well-rounded, you know. As far as being into turntablism I can still do but now I’m starting more into the party aspect and also rockin’ with a band and doing different things and coming up with turntable tracks, it’s different things. I think my mind has really evolved like as far as being more versatile as opposed to just doing turntablism, you know.

Could you tell me something about the projects you’re doing right now?

Right now I just did some stuff for Doujah Raze, I did something for Planet Asia on “Deep Concentration”. I’m also working with New Soil, that’s one of my own solo-projects and did some for the Heavy Hitters as well, so there’s a lot of up and coming things I’m working on right now. Alot of things that are in the works, you know.

You have also a new record out right now – “Da Breaks 2003: Heavy Hitters”. Can you give up any information on this piece?

Actually that was a real special one because it took me maybe like a month to draft it. And actually how the whole ‘Da Breaks 2003′-CD came ’bout it (??). I was in New York and everytime that I go in a train station like on 42nd Street, there’s always some kids that are breaking. I know them, they always see me, they know me and they always greet me. So one time I was walking and they actually were sitting there and I asked them why wasn’t they breaking. They were like: ‘Yo man, we don’t have any music!’ And they were: ‘Yo could you give us some music?’. I was like: ‘Yo I don’t have anything right now, but I’ll come back and give you something.’ So I went home and I was like ‘You know what? I think I just want to take it all the way back. Cause I love breaks as well and I know that alot of B-Boys like breaks. And I was like ‘You know what, I’ma come up with a CD that’s strictly breaks! But i want to kill’em!’ And that’s how ‘the Breaks 2003′ came up. 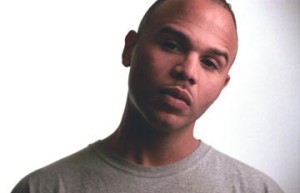 You’ve been to Germany several times – what’s your opinion about the country, the people and last not least the hiphop-scene?

Well actually I love it, I think Germany is one of the best places I’ve ever been to. I think the people over there are really nice, number one they’re really nice people and number two they’re really focused and dedicated to the artform. They appreciate the artform so much man! So when I go out there, well I’m actually loosing vibe out here, and then I go out there and it’s like it returns my mind back to where I supposed to be. And actually I have a lady out there, too. My lady is from Germany.

Will you come over here this year?

Yes I will. Actually I’m working on something right now, I’ll probably be out there in late january/early february to do a couple of songs over there.

Do you have any other hobbies besides the music?

You know how that goes! [laughs]

You said that you’re into making movies…

Actually I did a pilot. I think it’s about to be picked up by HBO, it’s about a DJ that’s trying to get signed and I’m also going back to my actor school and I’m in the mist of looking for a couple of commercials that I’m tryin to do. Like one for Coca Cola and basic sneaker companies and stuff like this. I’m just trying to assume my actor career as well, I’m trying to do anything, you know. My first movies will be out in three or four months maybe.

Do you have any last words?

I just wanna thank god for blessing me with my talent and blessing me with the opportunity to give my talent to the world and other people. I want to thank all my fans out there and every DJ and music stations: stay on the positive and don’t let nobody tell you that you can’t do it and stay 100%, 110% focused on your dreams and follow them through.