First of all I’d like to thank you for this opportunity, I go by the name Money Green from Los Angeles, California. Let’s just say I’m in my thirties, I rap, produce and I’m an independent filmmaker. 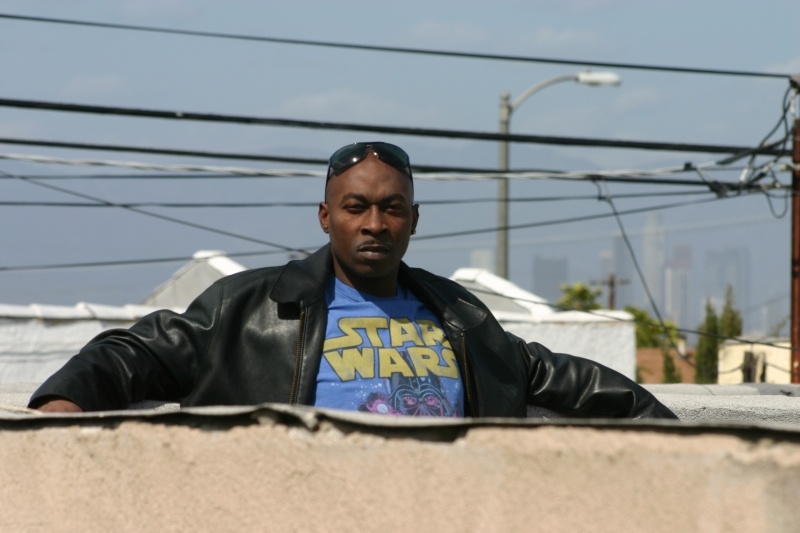 Tell us a little about your first steps in the rap game.

At the age of 15, I met Crazy Toons, a DJ for Ice Cube and brother of WC from the West Side Connection. That influence sparked my inspiration to begin a career in the music industry. After completing high school I attended Texas Southern University, a prestigious black college in Houston, Texas. Like the famous rapper/producer Kanye West I made the decision to follow my passion and dropped out of college as a sophomore going full-fledge into the music industry.

Who are the biggest musical and general influences for you personally?

I love all the OG’s like Rakim, Big Daddy Kane, Ice Cube, Snoop and Tupac.

Some readers most probably will remember you from your very vicious and outstanding features on both S.I. Riders Compilations in the late 90’s which had big names like Kokane, Jayo Felony, Xzibit, Bad Azz, Spice 1, C-Bo, Boo-Yaa Tribe and Kam on it. How did you get involved in this project?

Well, to make a long story short: me and the CEO of the company, Lamar Alexander, started from the bottom up as far as the label Street Institute Productions at the time in the mid 90’s. I partnered up with DJ Silk who is now signed to Aftermath Records and producer for Slim Tha Mobster who is also signed with Dr Dre’s label Aftermath. Silk and I along with Clever, who was also a producer for S.I. Riders, produced a hot demo which caught the attention of a few major labels like Warner Brothers Music. But due to the success of independent labels like Death Row we decided to go independent and release our own music and since we were unknown we featured local rappers like Kokane, Jayo Felony, Xzibit, Bad Azz, Spice 1, C-Bo, Boo-Yaa Tribe and Kam.

So you were basically the founder of Street Institute Records together with A. Lamar?

Yes I helped kick things off so to say along with DJ Silk and Clever – without them and it couldn’t have happened as far as the content. I met Lamar through his nephew, a friend of mine from High School. He’s really the one responsible for us meeting. 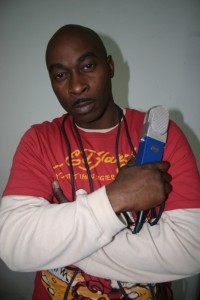 What kind of impact had those two releases? Did they came out as successful as expected?

Not much of an impact because we didn’t really finish promoting the two projects because the CEO went to prison unfortunately.

How did you come up with the money to finance everything like the features etc.?

Let’s just say that is why the CEO went to jail. We were supposed to make a film about it.

What was he charged for?

Conspiracy to commit 211. Not to sure exactly on the charges, but he did 7 years in a Federal Correction Facility.

What about the involvement of Sage Stone Entertainment and Eureka Records? What did they have to do with the projects? I guess the albums by Jayo Felony “Underground” and Kokane “They Call Me Mr. Kane” were originally intended to be releases on Street Institute?

Exactly, Sage Stone put the distribution together with Eureka Records and when the CEO of S.I. Records went down, the company went down therefore as a result. Sage Stone moved forward on the projects.

Yeah, there was a lot of competition among us therefore brought on a lot of pressure to be the best out of everyone. I remember recording the record “Name In Your Mouth” featuring Jayo Felony and Kam… man, talk about pressure, Jayo was at the top of his game and Kam was well known as well but when it was my time to rap I sort of froze the first time *laughs*

“Sort of froze the first time” … you mean you were hella nervous?

Yes you’re correct. Indeed nervous, considering I just met Jayo and Kam and these brothers were already in the game. I was a fan of their music, too, so it put a lot of pressure on me as far as me representing DJ Silk who made the beat and Street Institute. They had a lot riding on me as far me being dope enough to hang with high profile rappers.

DJ Silk is signed to Aftermath Records, a publishing deal I believe. Nonstop – who knows, Sir Loon and Young Sir loon there still grinding hard and Clever is in Atlanta doing his thing. Everyone else I don’t really know.

Did you ever get the chance to meet Dre

Unfortunately no, but it’s all good, they’re so busy over there. As far as Silk – I see and chill with him often, so that’s all that matters. Shout out to DJ Silk.

How many projects did you record & release so far?

Are there any unreleased recordings from your time with S.I. Records?

We started on plenty of songs and I’d do anything to find them so I can re-release those great songs. Man so many of them lost, stolen etc.

I have him on my Facebook, he moved to Seattle/Washington but when I see him it’s all love.

Tell us about your current situation, your record label and your next steps…

Our goal and main focus is to give our fans and friends satisfying entertainment. We accomplish this by depicting real life times and events involving south Los Angeles. First Mind Entertainment is an entertainment company designed to create film and music that will not only provoke dialog but is sure to stimulate the mind and soul as well. Established in Jan, 2002 by owner and CEO Johnny Green Our company has been driven to bring our fans what they’ve long awaited for satisfying entertainment. The companies focus is detailing the life and trials of living in a high gang populated city through music and film.

Tell us a little about you being a film-maker.

I became a filmmaker because it is the right choice. I currently live in an active gang neighborhood so I decided to document certain incidents which resulted in me making a documentary about it. “Outside My Window” goes deep into the core of what it’s like to live in a so-called high crime neighborhood riddled with gang activity. Take a glimpse into one of thee most notorious neighborhoods in Los Angeles. 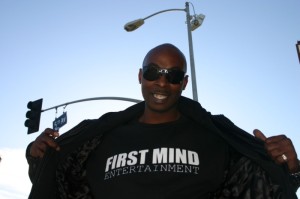 Are you a political person? What are your thoughts on Obama? On his latest album, Kokane stated “I wished we never had a black president, cause the shit got worse in my resident…”

Yes I’m political and I like Obama, but he’s just a figure head not really running anything. But he did help the black community like getting rid of the Crack law which unfairly punished dope dealers who sold crack cocaine opposed to selling pure uncut cocaine.

What will happen in the next election in your opinion?

Obama will win when there is no one qualified to run against him.

What was the biggest success and the worst and/or craziest thing you did in your life?

My biggest success was releasing my album “See All Tell Nothing” and my film “Outside My Window Documentary” under my own label. The craziest thing I’ve done: I plead the 5th Amendment under the American Constitution.

What was that all about?

Nothing much, went to jail once or twice but no felonies or anything. I was pretty much kidding, I’m a good guy for the most part. Smart, real, kind and down to earth.

What does success mean to yourself and what’s the key to it?

Success to me simply means achieving your goals no matter what the cost. Because as long as you try and put forth the effort you’ll eventually achieve your goals and become a success at any level. It’s only when you quit is when you lose and are not successful because when you quit there’s nothing to gain. Take for instance Leonardo da Vinci and all the other great painters, when they were alive they’re paintings weren’t worth anything. But does that mean when they were alive they weren’t successful? Not at all, because the people in that day couldn’t see the value of the art until years later. I feel my music is similar to their success. As long as I appreciate my art someone else will so stick to your craft and enjoy what you do. That’s all that matters.

Any final words to the readers?

Yes, expect a lot more from First Mind Entertainment and remember we have entered a new world digitally and content is key. Stay tuned and support independent artist like myself, we can’t do it without people like you guys and websites like http://www.rapmazon.com much love and big respect from your man Money Green.

‹ Against The Fake – Uncharted Waters