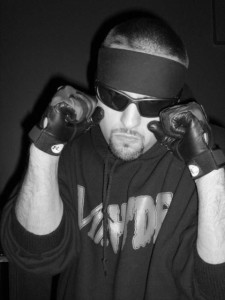 Why did it take you so long to come up with another album?

I know it’s been a while since the last solo album, but I have been active. I made sure my fans got laced consistently with at least one new project a year from me; 2004 was “Barn Of The Naked Dead, 2005 the “Circle Of Tyrants” album dropped, 2006 “Street Villains Vol. 2,” 2007 I put out “Mr. Hyde Rare Demos And Freestyles Vol. 1″. And now in ’08 I’m dropping a new solo album. I also made guest appearences on every P.L.R. release since my first album and have been touring with Necro all over the world so its not like I’ve been missing in action or anything. But as far as a solo, I felt like I had to make sure I had nothing else distracting going on so I had the option to concentrate on just me. I had that opportunity and I also felt like it was about time.

What’s the concept behind your new album “Chronicles Of The Beastman”?

The title and concept represent my physical self and my personality. I am a “beast man.” I attack my microphone and my enemies with the ferocity of a hungry,angered beast. I dont shave, nor do I cut my toenails, I eat with my hands – even pasta and meatloaf – and I also happen to have the strength of a retarded teenage bear.

Are there any changes of sound compared to the Barn-album?

There is a lot of new sounding production for sure. Besides the usual banging Necro production, I added a heap of Sean Strange beats on this project. The kid came with heat.

The lyrics of your debut record were hard as hell – do you try to raise the bar with the new album?

There’s no doubt that I raised the bar lyrically on this album. That’s the whole point of putting out that next shit. To step it up and come next level. I experimented a great deal on this record. I switched up and created new flows and rhyme patterns all through the album. The word play and content is as vicious as ever. Motherfuckers will be impressed. 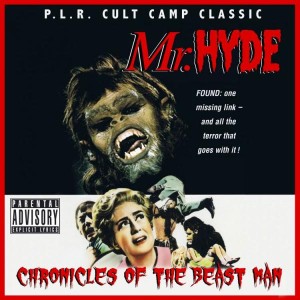 Where did you dig up this strange cover artwork? Do you have a faible for old-fashioned horror movies?

Ha… I’ll never tell. Of course. I have always been heavily influenced by low budget gore flicks and other brutal films along with crazy personal happenings, so its always evident in my work.

The album features a bonus dvd – what’s on it?

More me! *laughs* I got some sick live show footage and some one on one interviews. Enjoy one of the last free things in this world besides air and bad advice.

What were people saying about the content of your last album’s booklet? Did you get into any trouble because of these pictures?

A lot of people were bugged out and disturbed by the images, but I’m sure my hard-core fans enjoyed the gore. It’s what they’re looking for from me. I like shit like that, because it shows how weak the human flesh really is and shows a couple of the many different ways there are to kick the bucket.

Is there anything you would like to improve about your situation with Psycho-Logical Records or are you entirely satisfied?

I wish we could reach a bigger audience! Commercial radio will probably never play our music. It’s too rugged for the politically correct public. Aside from that, I love being a part of the P.L.R. movement. Not only is everyone on the lable like my family, but Its so dope to have a home were I can feel comfortable to rap as brutal and as fucked up as I want and it is accepted. Its actually encouraged. *laughs*

Will you have a promotion tour for the new album? If yes, can we also expect you to come to Europe for some shows? 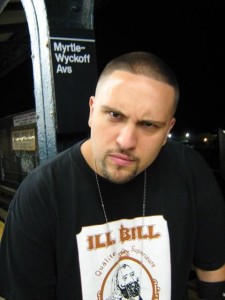 For sure. I’m gonna do some record release parties and record store signings and concentrate on a shit load of touring and promoting for this album. Expect to see me in a city near you soon!

What’s coming up in the future – do you already have some new projects in mind?

The future…? Well, I definetly feel a huge, nasty, lentil soup-enduced shit brewing. Probably a shower after that because sometimes … toilet paper and baby wipes are just not enough. As far as music: besides touring and promoting, I have a couple of music videos from the record that I’ll be putting out soon. I also will be making features on most of the new P.L.R. artist’s upcoming albums. Lots of dope shit on deck.

What else can we expect from Psycho+Logical within the next months?

Is there also a Dr. Jekyll side to your character and could you imagine to rap about it – or will Mr. Hyde always be Mr. Hyde?

I can pretty much rhyme all different styles If wanted to, but I figure it’s better to keep it real and be me.. It wouldnt be me if I didn’t fill my rhymes with aggression and brutality. That’s what I was raised on and how I live. Very much like a low budget gore flick, I throw some comedy in there and switch up the way I murder you lyrically. “Chronicles Of The Beast Man” is a perfect example of this.