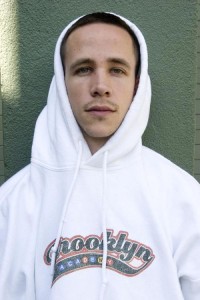 Chillin, homie – took the day off of work so I can handle some things. Life is very good in Brookyn though! Just had me a bacon egg and cheese sandwhich, ice coffee and read the daily news. Great fuckin way to start the day.

You already got two solo albums out, tell us something about “Metropolis” and “The Evolution Of Marc Bars”.

“Metropolis” was a bugged out period in my life. I was going though some wild shit. That was when I had my Triton Korg and I couldn’t stop fuckin around with building music. I love playing keys and creating harmonies, it’s fun making beats. And it feels even better when you can compose songs on top of your production. So I created an album that had a different sound, and I’m proud to have that in the files. Word I only pressed 300 of those, sold like 200 online and the rest hand to hand. No sound scan, no shout outs, no thank you’s … on some guttter shit, nah mean! “The Evolution Of Marc Bars” was really a compilation of songs, old and new, that I put together for the Rawkus 50 digital release. I came with some harder shit and also showed that I could create inspirational music. My lady always tells me it’s important to make songs that people can turn on when they wake up and jump in the shower. I did that with the joint “Sometimes” produced by Bean One. My single “Who Izzz He” produced by Young Cee is crazy with the flows and the beat hits hard. I came at all angles with this one. I also added the french joint “Une Histoire”. Top add, something different. This album was packaged better though. My man Jason Rogers hooked up the dope photos. You can still cop my album on i-Tunes and all the major online hiphop sites where you can download music. Or you can wait a few months to get it hand delivered…

What is the story behind changing your name from Mr. Metaphor to Marc Bars for the 2nd album?

Honestly, as much as I love the name Mr. Metaphor, I need an alias. There are so many metaphors in the rap game it comes off as cliché, ya feel me? I don’t want to be obvious. I want to be unique. Not only that, but metaphor is very early 90’s-ish. I mean I love 90’s hip hop, but you must move on with the times. It ain’t the end of Mr. Met, its just an introduction to a new side of me. Marc is my real name. The bars represent the scriptures of my life.

Would you agree with being the second album the more personal one?

My “Marc Bars” album will be way more personal. The last two had some shit sprinkled here and there, but y’all still don’t know who I really am. Y’all know me as a motherfucker who goes in on a hot ass beat and loses his mind. And I love that shit and I always will spit that hard shit – but I am going to have a whole lot more to say in my future releases.

Have you been satisfied with the response to the digital release of “The Evolution Of Marc Bars”?

The Rawkus 50 movement was definately benefiscial to me. It made me complete an album. An artist needs deadlines man. It’s hard to set them for yourself, but when someone sets them for you, it gets done. Big up to Jared, Brian, slopfunkdust, JJ from Trilogy Records and my Rawkus 50 fam. They all put in work to make a very complicated and new way to use modern digital technology before any of us really know even half of its potential. We as artists knew that the purpose of this Rawkus 50 program was not so much to make money, but a way to get some great exposure with a well respected brand name. 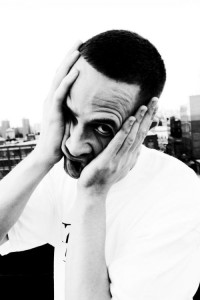 Do you think the digital MP3-releases are the right direction Rap is going to right now? More and more artists right now are putting their music out as online-exclusives…

Well, hip hop is definately becoming very over saturated with this new marketing tool called the internet. I don’t think anyone can say if it’s good or bad. We just have to go with it and see. I know a lot of hip hop fans can’t stand downloading music. That’s why when Brooklyn Academy comes to Germany we are going to lace y’all with the exclusive Brooklyn Ac merchandise and recorded music that you cannot get online.
That real shit! That “fuck-if-it’s-a-famous-sample-I’m spittin-a-heat-rock-over-Frank-Sinatra-and-ain’t-nothing-anyone-can-do to-stop-me”-type of shit.

Besides your solo career, you are a member of groups like Skeme Team, Word A Mouth and Brooklyn Acacemy. What is the current state especially of the first two groups?

Basically it is Brooklyn Academy and that is as far as it goes. The music that was made with Word A Mouth and Skeme Team is timeless, but Brookyn Ac has withstood the test of time and continues to charge forward.

I know that you are working together with Pumpkinhead and Block Mc Cloud on a new Brooklyn Academy album that is slated for a September 2nd release. You are still in the recording process?

The album is a wrap. It is what the fans have been waiting for. That’s all we care about, our fans who been there – and we gonna fuckin moshpitt all around Europe in November so get ready to bang your heads.

Who will be doing the beats?

How far does the Brooklyn Academy Mr. Metaphor differ from the solo Marc Bars?

Well, sometimes Marc Bars will smack the shit out of Mr. Met … and sometimes Mr. Met will straight body slam Marc Bars – but the difference is how you hear it. Ya smell me?

Please describe a typical Brooklyn Academy recording session, I guess you guys are having a real good time when you are spitting your verses in the studio…

Ok, Block will most likely have a bottle of Bacardi in his hand spittin his verse over and over out loud Pumpkinhead will be sitting back with his eyes shut, brainstormin and then write the whole fuckin verse in like 3 minutes on some crazy intricate flow shit. And I’m usually the last one finishing writing, high as fuck. Usually we brainstorm a hook and then write verses, but sometimes we just go in on a beat and save the hook for last. 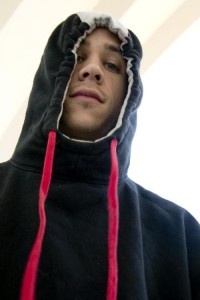 Why did it take so long to release this album? You guys got so much potential and have been working together for so long right now but never got a recording contract with a big label, why?

It was mainly out of personal preference. We love releasing our own music. We love being our own machine that markets, produces, distributes, composes, and sells everything ourselves. But we figured it was time to get an additional machine behind us to give us that power boost. Like now we Brooklyn Ac on crack. You are about to see us like fiends all over the internet and the streets everywhere.

What’s up with the rest of the people we used to hear on past Brooklyn Academy releases like Germ General, Lil’ Lego, War Bixby, Diabolic…?

Everybody still doing they thing man. Even though we ain’t in touch as much, we all still very connected. Those are all my brotha’s. Big up to Germ, War, Bolic, and especially my lil man Lego. Lego is dirty! He is nicer then all of us. Watch out when he come to your town and chop your fuckin heads off!

I know that you guys got a lot of international contacts. You worked together with Chuggo (from Canada), Al’Tarba (from France) who produced the “I’m From Brooklyn” track and you are releasing your new album on a german label (!K7 Records). Do you think the scene in the US is stuck to a certain level so you need to go new ways?

It ain’t really new to us, we just need to make the connections that were always there and turn them into something bigger. The scene in the US is great. Don’t get it twisted, everybody thinks “Hip Hop is dead”. Stop watching TV videos man. We coming strong in NYC, believe me. The MCs over here are on some serious shit. I know that the MCs in europe are also on some serious shit. I met a whole lot of incredible artists in europe. We just gotta sew it up and make it one universe under hip hop, nah mean? So: big up to Dave Watkins form Gold Dust Media for the faith, for real. Big up to Azar (Brooklyn Academy’s Manager) for holdin it down the way you do. Big up top Jennifer Masset, Stephen, Marie and the rest of the !k7 staff in Brooklyn. Big up to Joel and the !k7 staff in Germany. Big up to Gamal form Backspin who is going to make sure you all get plugged into to the lates Brooklyn Academy news! Big up to Karin from subotage Entertainment, she stay bringing the realness to the european fans who love that underground shit.

Of course I have to ask if there are any further projects in the works, maybe another solo album?

I’m not concentrating too hard on my Marc Bars LP. Once in a while I’ll fuck around and record a track here and there, but right now we have a really good thing going with the Ac and that’s all im really concentrating on. We have a set schedule for meetings and rehearsals and we starting a brand new curriculum. Cause we “Bored Of Education” and we about to tell it the way we want it told.

Are you planning to go on tour in Europe?

Yes! We will most likely be in Germany and the surrounding european countries in November ’08! We are going to bring the fuckin ruckus to all of our fans who been with us since day one. It’s on!

Thanks Mr.Metaphor for answering all our questions, you got some last words to the fans?

Major fucking announcment! Brooklyn Academy is officialy throwing hot lava rocks all over the Hip Hop community. Get ready for the album “Bored of Education”, make sure you purchase a copy before it’s gone. We are not playing in 2008. Can’t wait to bring Brooklyn to your hood and do what we do best. We can use all of your help. Spread the word. Help us sell this product so we can have longevity in this shit! And make sure to go to http://www.myspace.com/brooklynac and add us as your friend!

‹ Killah Priest – Behind The Stained Glass