Who is Ogun and whats the meaning behind such a name?

Ogun is a artist out of Baltimore, Maryland. Ogun by definition is the sprit of truth, iron, and war. Therefore I’m very aggressive but at the same time I always offer a concrete destination in all my music. Ogun’s live show is something you just got to see for yourself.

You’re from Baltimore, hows live over there?

Very hectic. Baltimore is the city with the highest murder rate in the US. But it’s my home & we make the best of it. But as far as Hip Hop its blooming into a fruitful situation.

Tell me something about the Hip Hop scene over there… is it ready to blow up?

Ready to blow for sure. But at the same time a lot of artist don’t have the business sense to take it to the next level.

You got already one album out, it’s called “The Movement”. What’s the sense behind this title?

The title signifies the struggle of being a new artist trying to break through in the game. The movement is us taking this Hip Hop scene and building it up for the ground up! It’s been a long time coming but here we are!

You got a couple of underground cats on there. Are they all from the Rites Of Pasage collective?

No not at all. But all of them know about the collective. Which is a international manhood-womanhood program that focuses on the upbringing of today’s youth.

What’s your work in there? I’ve read that you’re a member…

I’m a lead mentor for males 8 – 18; as well as, a facilitator of Hip-Hop oriented activities for all groups.

Do you become angry when you think of today’s hiphop-scene?

No, everything has it’s time and place. And there is definately a market for it all. I don’t think any segment of Hip-Hop can be excluded because it is all necessary and it reflects someone’s reality. 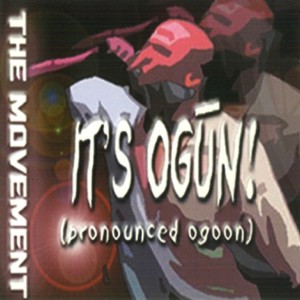 I just spoke to Lord Cyrus the other day. He told me that there’s a new sampler out called “Baltimore’s Finest”. You’re also featured on that piece. How did this come together?

It was produced by an artist named Rsunn, it has a lot of Baltimore emcees on it. It’s definately worth checking out.

Are you doing shows over there in B-more or other states? Does the radio support you?

We do shows regulary in Baltimore and DC; as well as, Philly, New York, Atlanta, Delaware, and various small spots. we have made some strides in regard to radio, but it is still a challenge. But the new material will bridge that gap. But we are currently recieving some light rotation.

Do you have any goals musically and otherwise?

Do you write books also?

Real On Purpose has a lot of multi-talented soldiers waiting in the wings. But since you mentioned books specifically, we do have a few blueprints for children’s books, ready.

The movement was a very serious and personal effort. I see the movement as a book that can always be revisited. Our new album tentatively titled “I’m Here Now!” has more of a mixtape vibe. It’s less concept driven and to be honest with you – more fun! The beats are industry ready and high energy. My writing and performing (in the studio) has increased ten-fold. This will be the album that puts me on, so to speak. 2004 is our year!

Will there be another album like “The Movement”? You called it a book that can always be revisited…

Probably won’t be the next album or the one after that, but it will definately be another installment to “The Movement”. 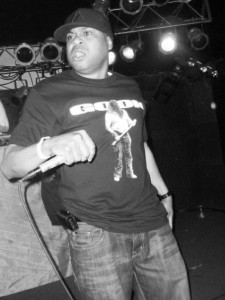 Concerning your music: what’s the message?

Pretty much I try to reach all walks of life through the varying perspectives my music brings. I try to take a person from where they’re at and expose them to a different aspect of life, via music. for example, a so-called “thug” would be attracted to “War Games”, but would still be exposed to “The Ancient” – that’s a movement in itself.

Your lyrics are very street focused…are you also into politics? What do you think of America’s politics right now?

Yes, we feel that Hip-Hop is our political platform. We are also active in our community and the politics that go along with social activism. Once we do become economically sound we will begin to focus on the kind of political situations that need firm financial backing to be frutiful- such as, backing political candidates that we feel have the best interest of us and our communities, homelessness, drug treatment, etc. In regard to the politics of america, all we can do is navigate the field that is before us. Being somewhat handicapped politically in America, at times puts us at the mercy of her policies. There are some I agree with and some I don’t, but that’s another discussion for another day.

Ok, I think that’s all… do you have any last words?

Spread the word that Ogun is officially here. In the meantime stay close to GOD. Peace and blessings. Be on the look out for the new album. You can get “The Movement” on the website www.its-ogun.com and leave a message on the board. Peace!