First things first: put yourself and your hood on the international map.

PenDragon is actually King Arthur’s second name, you also use it as an acronym. What’s the meaning behind it, why did you choose that name?

PenDragon is King Arthur’s last name and I use it because I was always fascinated with dragon’s and knights in the medieval times and King Arthur was a legend, and to assume his name would immediately give legendary status. The acronym is P.erfectly E.xercises N.ew D.evices A.nd R.age A.gainst G.overnment O.vercoming N.ovices. 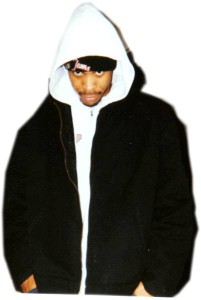 Baltimore is somewhere in the middle between the eastcoast and the south. How would you describe the typical style of rap over there?

The rap scene here is ummm… it varies… some dudes get confused and start rapping and acting like they are truly down south. And thats far from the truth. When they do it, it’s a damn good imitation but it lacks a certain sincerity. But I’m in no way knocking the ones that do rap that style that are from here – some are ill. But the people that rap “eastcoast” are more true.

On the one hand your lyrics fit to the club, on the other hand you’re very street-orientated. What are your personal experiences on the streets of B-More?

I do what the beat tells me to do. If I do a “club” song it’s ’cause it’s that kind of beat that I would want to hear at a party or something that makes me write like that and say what I say. Baltimore streets are serious. Everywhere its a constant struggle and a constant hustle. Shit is hard! No jobs for real, cops messin’ wit you, people gettin killed left and right, but we know the deal here and unfortunately we are used to how it is, so it really doesn’t seem as bad as it is.

You actually released five mixtapes. Why don’t you record a “real” album?

We (me and Street) had an opportunity with another local label but we declined the deal, we didn’t like the contracts and the control of the project was split too many ways. I’m trying to holla at Koch Records to release a compliation, but they acting crazy. You always gotta over prove yourself to these labels, then when you blow and they pass on you they end up kicking themselves in the ass. 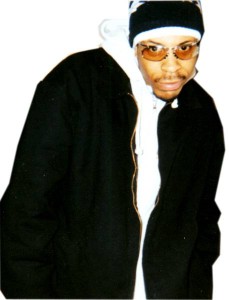 What about your latest release with Street Heat? What can you tell me about him? Which equipment did you use?

Street Heat is my brother from other mother… (Big Bobbi)… Street is so damn creative and musical it’s crazy, everytime I go to his crib or hear something new its just sick, then i have to make something new ’cause its like he just stepped the game up. I love that though it keeps me on my feet… him, too. We used pens, paper and microphones… NEW SCHOOL!!

Which one of your tracks represents you the most and why?

All of ‘em! It may not seem like it but in every song I say some real key elements of myself, and when I go back and listen to the song I go “damn thats real”. I put me in every song…

What about the local reception of your music, are you content with the feedback?

YO, 88.9 shows us so much love it’s incredible, the other station though downgrade. People feel our music and it’s so many of us and so many different ways to come at you somebodies gotta feel it.

You’re a member of Team Arson – who also in the crew? Do you have any group albums out or do you plan to drop something?

What about any upcoming solo releases, are you already working on your first album right now?

Hell yeah, my 1st album is already mapped out and damn there done. I’m not droppin’ the name yet until I’m signed – but guaranteed it’s gonna be vicious. 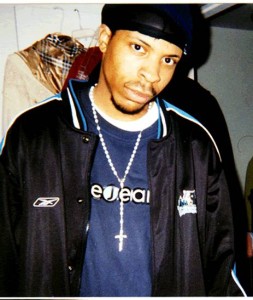 What’s your definition of good rapmusic? What’s a must-have for a new artist trying to come up in the game?

Music is good when it’s sincere. When it doesn’t become stale. When you try new things. Experiment. Think outside of whats being done. Take it to it’s boundaries. Come with creativity, heart, soul and passion … and be true to yourself.

I’m kind of fascinated by the latest progress of B-Mores rap-scene, you got dozens of groups and tons of hot music poppin’ out of nowhere right now. Let us know what you think about this development. And: who’s hot, who’s not?

Okay, time to give some shoutouts….

Shout out to me in german, thats g’up. Shout out to Germany. Chain – thanks for the love. Everybody lovin’ hip-hop overseas, we need that love and appreciate it we love ya’ll. Baltimore, I love my city. Street, J. Dauma – what up, we got this, the future is us… Mark shotta keep them hot beats coming, u nice. To my angelface, dammit woman I love u, get right… 88.9 yeah thank you. Juan, Headnod Ent. Ase, my mama and pop: I love you two so much, thanks for everything. Hip-Hop… come hard or don’t come at all… Oh yeah, and I want the people to check out: www.kingofcamelot.com, www.myspace.com/pendragon, www.teamarson.netfirms.com (under construction but still cool) and www.smirandaadvertising.com for your marketing and advertising needs. Peace!