Why did you choose Molemen as name for your crew?

Molemen was coined by Vakill. He also gave (His)Panik his name. Molemen are dwellers and rulers of the underground. It is symbolic to our production.

Can you tell us something about the history of the Molemen? When did you first meet and why did you decide to form your own crew?

Panik and Vakill are original members from 89. They worked together on music and from there they added other members. Molemen were known for making mixtapes. I met them in 95 and, along with Memo, turned in 96. 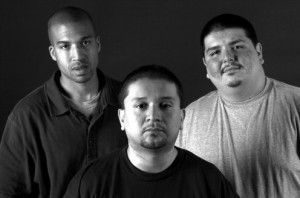 We don’t have a Molemen live show yet. Memo wants to rehearse one. I’m down cause I already DJ. I told him, if we’re in a zone, we can freestyle like jazz cats. I freestyle everything so I’m comfortable with it. It wouldn’t be slop.

You stepped into the rap game a long time ago and gained a lot of experience since then. Do you think you can influence people with your music in any way?

I feel I can, and it’s evident by the kids that step to me. They tell me things THEY hear in my music. It trips me out. So I know I also have to be careful with what’s put out.

Did it ever cross your mind that you could be an MC too, or was it always out of question to you?

I MC, DJ, produce, etc. The last thing I rapped on was on the Chicago City Limits CD. I don’t have time to write raps, so it’s pretty much a done deal. Maybe I can sneak in the album within the next 2 years. If not, I feel I should leave it alone.

Your new project is called “Killing Fields”. Is there any concept behind it? Will it be like the Chicago City Limits sampler?

Who will be featured on that album?

Are there some other releases you will put out in 2004 we can look forward to?

Longshot solo album. Infinito solo album. We might sneak in a City Limits 2 CD. This one will have more gangsta acts. An instrumental album.

Aside from your new project, what else have you been working on?

As an artist I toned it down. I feel my art is important, but you also have to take care of business. Like I said earlier, I want to make a rap album, but if it doesn’t make sense (cents), then it goes against what Molemen is trying to accomplish. I’d like to work with musicians, but right now is not the time. There is no money for that, and I don’t want to waste both parties’ time. 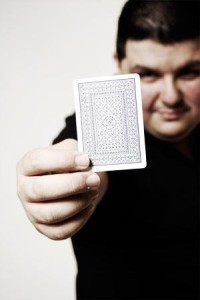 Do you confine yourself on hiphop or could you also imagine to produce an artist from another musical genre?

I’ll produce anything right now. Especially if it goes with me vision. It’s like grafitti. I see this masterpiece. It involves so many aspects of my life. I’d like to work with a female singer. I do punk beats. I want to make a Techno album. So, yes, I’d like to work with like-minded artists. The genre doesn’t have to be similar, just the revolutionary thought. I also want to score film.

Which equipment do you use for your productions?

What inspires your music and where do you take your samples from?

Life inspires my music. Creating from a viewpoint that music is a revolutionary language. We all studied under the masters. We respect them, but don’t emulate them. If you hear a similarity, that’s just the student showing the master he can get down. It’s an homage. But then you have to create your own identity. My music comes from that, so when you hear it, you’re like ” that’s JR” As far as where I get my samples I’ll quote you what the Beatnuts told me when I asked them a sample question, ” C’mon kid, you know the rules.”

Chicago is one of the biggest cities in the USA, what can you tell us about the hiphop scene over there?

It’s huge, but segragated. It is very hard to unite in this big city. Many variables. But from our perspectives, we’ve built with everybody. We do an annual event called Chicago Rocks that focuses on all local acts that are doing something. It’s at a big venue called the Metro. We use our pull and resources to help get this event going. It’s not monetarily feasible, but it’s our way to show respect.

As you know, rap is a male dominated business. Are there some female MCs in Chicago you can suggest us and do you think that it’s different to produce for female MCs?

We did Ang 13’s ep some years ago. She had it going on back then. Now there’s Psalm One doing her thing. She’s tight. We wanted to work with her. It’s no different to work with them. We just match the music to their styles. My favorite female MCs from Chi are Newsense from Psychodrama and Verb who did stuff with the Rubberoom camp.

Do you have some favorite movies?

I’m a movie buff. I want to put my music in film. There are so many movies that inspire me, but if i mentioned them, this would run long. My top 3 movies are: 1. Glengarry Glen Ross 2. Scarface 3. Sonatine

Do you have some all – time favorite rappers?

What do you think hiphop needs these days?

Hip Hop needs a revolution which just means change. Too many people griping about what’s wrong instead of doing something. The quality is low. Everything is ready-made in your frozen section. Just pop it in. This applies to commercial and underground Hip Hop. There are still dope anomolies in both sides, and that’s what will keep Hip Hop alive. Bitching ain’t.

Where can the listener from Germany buy your music?

Suave House Records – Suave House: The Album Of The Year ›