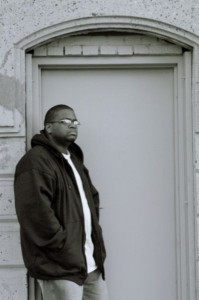 What’s up Random – glad to have this interview with you. How are you doing?

I’m doing well, a little tired, had a late show last night, then I had to get up early this morning, but hey, that’s the grind. Thanks for the opportunity.

Your first release – the “Fundamentals EP” is little known over here – could you just break down the content in a few words?

Your debut album “The Call” has been released some weeks ago – what’s the thought behind the title?

I call it “The Call” for a number of reasons. It’s about the calling that many people recieve in their lifetime, whether to preach, to perform, to teach… we all have a calling, and many of us try to run from it. Also, I’m thinking about calling that many artists have, I believe that music is a powerful tool, and we can use this music for so much more than just a way to shake your butt for 3 minutes. I think music is the best way to reach people for so many reasons.

The message on the album reflects my perspective. I’m a 28 year old god-fearing black male, born and raised in Philadelphia. I’m a full time teacher, artist and producer, I was raised by a single mom who feels like I’m wasting my time with Hip-Hop music. I work hard every day, and I’ve never sold drugs or had any major trouble with the law. I wasn’t out to break any new ground, just to tell my story. I’ve been grateful that cats have been able to appreciate and respect the project we’ve put together.

How long have you been working on the album as a whole?

This album was about 5 years in the making, I just didn’t know it. There are songs and concepts on this album that I had back in 2001, but never made it into songs until now. I recorded from Spring 05 till February 06, about 9 months, until I had enough good songs that it would be hard to choose what to keep.

If you’d have to pick three songs of the album to present your music to someone who has never heard of you – which ones would that be?

Wow, I have a lot of trouble with these kinds of questions… mainly because I liked so many tracks on the album, and they’re all very different. They call me Random for a reason, my style is pretty hard to pin down. you might hear me talking about my childhood, blasting fake MC’s, or talking about love on different songs. To me every song should have a point, a message, a personality. But if I absolutely had to present 3 songs, it’d be: “On The Grind:” because that’s just so real to me, that tells a lot about my character, “Opening Movement” because that’s me doing what I like to do, just spittin’….and um….”Raze The Bar,” because it’ll tell you how I feel about the industry. Those 3 songs should probably give you Random in a nutshell, but I think I’d need another song, “Motivate.” 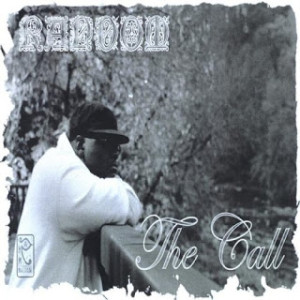 You have 9th Wonder, Reef Tha Lost Cauze, Wordsworth and Hasan Salaam on there – how did you get these big names on your album?

Well without getting into too much, all I can say is that it’s a pretty small world. I was blessed to meet a number of these people through mutual connects, with some, it was about a mutual respect for each other’s movements, and with others, the money had to be right. I was fortunate enough to be able to work with pretty much everyone I envisioned on this project. I want to say on the record that due to some minor confusion, 9th Wonder’s track might not be on future versions of the album, but it’s all love regardless.

You’re also into making beats – what’s in the first place: rapping or producing?

I’ve been a emcee since 1993. I picked up a cheap piece of production software in 2000 and started making beats. I was about to throw it away, but eventually, I got pretty good at it. I knew it was getting good, because other people would start asking me for beats. Before that I’d only produce myself. So, that encouraged me to invest in better equipment. But to answer your question, I’m an MC first, that’s why I got a lot of outside production on “The Call.” I like to concentrate on one aspect at a time. next project I’ll certainly produce more tracks.

Are you content with the feedback on “The Call”?

Yes, for the most part. As I said before, it really means a lot for me to go to shows and have people stop me and say “Yo man, you made a classic.” That kinda stuff almost chokes me up. I’ve been reading the reviews, although I shouldn’t, and I gotta say I’m pretty pleased. Sometimes these reviews confuse me though – I haven’t heard one reviewer say that the album was weak, yet it seems they’re hesitant on giving me the highest scores. Could be that I’m not as well known. I had one reviewer tell me that he rates an artist’s first album lower than he could so the artist could have room to improve without catapulting into classic status. I wonder if he felt that way about “Illmatic” or “Ready To Die”. But yeah, fans have shown nothing but love, and I’m glad, because I put a lot of hard work into this album. It really took a lot out of me to make it happen.

Tell me about “RAHM Nation Recordings – who’s signed to the label, do you have something like a motto and what’s coming out next?

Well, RAHM Nation, or Reform And Healing Movement, is a label and an institute. We’re as much about community outreach as beats and rhymes. We hold workshops and teach classes on Hip-Hop in addition to releasing music. Ohene is the founder and lead artist; he’s the most talented dude I’ve ever met, rhyming and composing. Also on the label are DN3, G., Problem Child, JonBap and Neo P. I think we have a really good roster of amazing producers and emcees. Best of all that means we don’t have to go outside of the camp for great music. 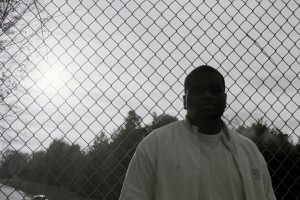 Let’s take a brief look in the underground scene of your hometown Philadelphia – how’s the mood right now?

Well, the mood is the same as always: too many rappers, not enough fans. Everyone and their mom’s moms is an MC or producer. That means hate is at an all time high. Everyone thinks it’s easy so they feel that can do it better than you. No one gives compliments anymore. We virtually have no support system or network here, it’s kinda every man for himself. Real cliquish here as well. If you’re not down with the right group of promoters, your show is probably gonna be wack. It’s kinda crazy, because I always thought we were on the same team, but I get so much more love out of town. This is my first big project, and cats are hatin’ like I’ve been eating for years… it’s crazy.

Has the big success of groups like The Jedi Mind Tricks and their Army Of Pharoahs opened up any doors?

Maybe, but I haven’t seen it. I did a show with AOTP and the crowd was pretty live. I love their music a whole lot, and I’d like to work with them in the future, that’s probably the only way I’d see their success benefit me.

Are there any other upcoming local artists you can recommend?

Absolutely! You gotta get Ohene’s 2 joints, Rapademics and Inner City Soul. Outside the camp, I really like this guy Nailz I just heard, it’s tough man, cause I hear so many cats and they start sounding the same after a while, they’re pretty interchangeable. Everybody’s a Jay-Z or Beanie Sigel soundalike in Philly.

What are the goals you’ve set yourself for the future?

About 2 years ago, I vowed to push the music harder and farther than I ever have before, and I think I’ve done that. I just wouldn’t wanna look back and think, “Man, if I had just worked a little harder…” At least if I push it hard, nothing beats trying. I’d rather try and fail then not try at all. I want to tour the world, and I want to produce for some of the more well-known underground acts. I want to eventually start a home studio. I also want to be rich and famous and have 6 Bentleys, 3 jets and 10 mansions. *laughs*

Do you have any last words to our readers?

Thanks for all the support, and keep listening! We’re working on some major things for the rest of 06 and beyond. I’m presenting a J-Dilla Tribute mixtape featuring some of the best in underground Hip-Hop talent paying homage to Dilla, that’s dropping in late July. “The Call: The Re-Mixtape” is coming in September. Real Hip-Hop music is NOT dead! Don’t believe the hype. Support the music, and the music will support you. I’m gone.