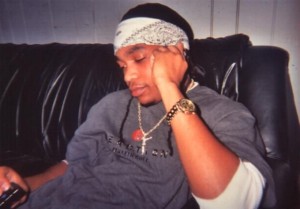 What’s up Relentlezz Dre – introduce yourself to our readers!

Yeah I’m the relentlezz one hailing from the Dirty South of Maryland. I rep the land down under *laughs*

What distinguishes Relentlezz Dre from the rest of the local rap-scene?

My vocal tone and I actually spit lyrics I dont really use much metaphors, I do slide some in there but you’ll get the point when you listenin’ to my CD.

You recently released your debut LP “The Rel One” on 48th/49th Records. What do you have to offer on this album?

What topics are you talkin’ about?

I talk about the struggle, not just the struggle but how I’m still in the struggle and knowing it’s a light at the other side feel me? I talk about the Maryland, DC and VA streets of course, how my life and current situations that are happening around me right now. No bullshit about ice and big body cars or how much money none of that watered down bullshit you hear on the radio!!! ‘Cause none of them really own that shit! *laughs* 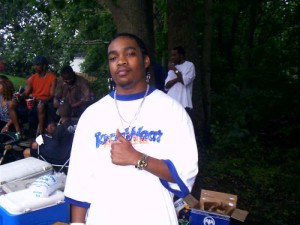 How long does it take to write a song or rather a complete album?

Well if I get a fire beat that I’m feeling to the bone it takes nothing to write a track but if it’s a beat I’m like its ok I gotta sit down and write for a few days.

Let’s talk about your label 48th/49th Records- when and how did you hook up with CEO Skinny Corleone, how did things come together?

I hooked up with skinny few years ago, can’t remember when, but I was feeling what he was tryin’ to do with the local scene. I had to get down with him.

Are there any other artists signed to the label which are about to drop some solo material? I know that Skinny dropped a compilation under the title “The Houze of Reprezentativez” earlier this year…

Ummm I know Fatz Corleone dropped something last year under 48th/49th, no new artist I know off…

Oh, I’m on the new P-Cutta mixtape which is a big Eastcoast Mixtape DJ. I’m on the best damn mixtape put out by Ironbeats Productions, I did alot of collabs on other artist cds. 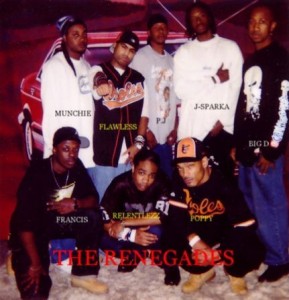 You recently released a video to the single “King Of Maryland” – how was the shooting?

It was fun, you know. I had all my homies out to support nothing but luv!!!!

What about your personal targets, what do you want to achieve within the next years?

I want to be able to live off my music. Underground is good but everybody wants to take it to the next level. Hopefully to get to the next level, people can accept my music the way it is instead of getting a major deal and getting watered down. That they can let me put out my raw talent.

Sounds good to me, I’ll stay tuned to your music. Do you have any shoutouts?

Yeah – shoutout to everyody who believed in me and supported me since day one.