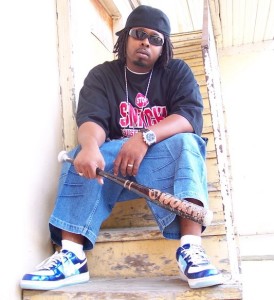 First of all: Introduce yourself to Germany and the world…

Well, my name is Rod-D I been in the game for about 12 years now. I’m from Arkansas, the last state to really get on in the US as far as mainstream hip hop.

Describe a regular day in your life please..

Most of the time I’m on myspace connecting with my fans. Other than that I’m working on songs or at the radio station. By the way I have the #1 radio show in South Arkansas on Magic 104.5. If I had never stepped into the rapgame I’d do radio today because I love music so much…

What’s going on with your local rap scene?

It’s not one down here. You got a few people where I stay trying, but the local scene is in Little Rock, Arkansas. We got a good movement up there.

To tell the truth any thing ol’school down south was a big impact on me, such as DJ Screw, ESG, UGK, Lil Keke, 8Ball & MJG, Geto Boys, Master P and Cash money. Its motre but we’ll be here all night. 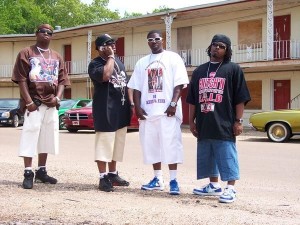 Let talk about the past. How did The El Dogg Hoggs come together as a group?

That’s me and my cousin Bookie. He really didn’t rap but after a while he caught the hang of it and we started the group. We was already well known in the streets so all we had to do was drop the album and the rest is history.

Is the group roster still the same today?

No, not really. My cousin got into trouble and been on the run for the last two years but we have the NEW El Dogg Hoggs in which his brother took his place. His name is Thump-G, also Nass-G. C-Mac he was killed a month ago.

So what’s going on with some new El Dogg Hoggs Shit?

Please give us some information about your collabo with E.S.G. entitled “From The A To The T / Tales of 2 States”.

Man, this CD right here I feel like going to make Rod-D a household name. It should be out in the next month or so. You should be able to get it anywhere if not get at me on myspace. 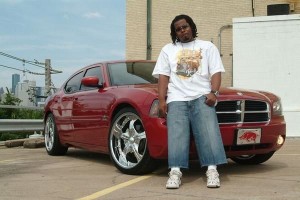 Your first solo album “Makin Moves” is set to be released real soon – what can expect from that record?

It’s my second one, I had a album out called “We Connected” that did pretty good in 2003. But “Makin Moves” will have something for everybody. My in-house producer did most of the production, his name Trigga T.

You’ve worked with Hawk, Lil Keke, E.S.G. and DJ Screw – what’s your opinion about the “H-Town/Screwed Up Movement” and the big success right now?

It’s been long over do for those cats man. I listen to them dudes growing up I’m glad they getting it right now. I’m also trying to get recognition of a major label but I still want to be in control.

Last question: what do you know about Germany?

I don’t know much, but I like all kinds of women so I know I would love y’all women.

I wish you big success for your upcoming projects – thanks a lot for taking the time – any last words or any shoutouts?

Big shoutouts to my whole Rock Island Camp – Arkansas stand up! And much love to you for takin’ out time for a player like me. It’s your boy Rod-D aka Mr.ShowMeDaMoney!

‹ Scientists Of Sound – 144 Or Bust: The Replenishing