A few weeks ago Lex Records released ya LP “Hope” with Joe Beats under the name Non-Prophets. What are you up to right now? Working on your next solo LP?

I am settled into my nest with a beautiful bird. A large part of my time and energy is still devoted to the hustle. I run a business out of my home, Strange Famous Records. I am currently writing and recording my next solo album which will be released on Epitaph Records. Besides that, I am preparing for the Fuck Clear Channel Tour which I am headlining with Joe Beats and my band in Feb and March of 2003. 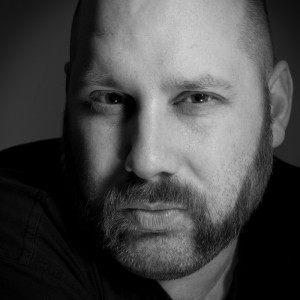 For me, “Hope” is one of the dopest releases this year. Are you happy with the final result of this record and how long did you work on it?

Well, for me it actually is the dopest release of the year. So, yeah, I am happy with the end result. It took about 2 years for the whole thing to come together. Longer than that actually, but we will say 2 years.

Before “Hope” I never heard any release of you & Joe Beats, so tell me how you two met each other…

Joe and I met at the radio station of the college we were both attending in 97.

What were your expectations of this album before you started making it?

I expected people of the era that Joe Beats and I grew up in to realize that we are carrying a torch for them.

Do you have some favorite types of beats you like to spit your rhymes over?

I am a sucker for extremely simple beats with a dark edge to them. Which I hardly ever get.

Tell us something about ya history as a MC and Producer!

I was never really enjoyed all that much in my local community. So I had to buy my own sampler with the intention of making my own beats. All my music equipment was stolen from me in Providence. Since then I have excelled in the MC dept.

What were your influences when you started with rapping/ producing?

Way too many to mention. Chuck D and KRS One were huge influences. But so were about 50 more people.

Is it true that you recorded your voice since you were 8 or 9 and used these recordings for your LP “Personal Journals”? I think it’s a very funny idea to use such recordings for a LP. When you started to record your babbling as Lil’ Sage, did you plan to use it for one of your LP’s? 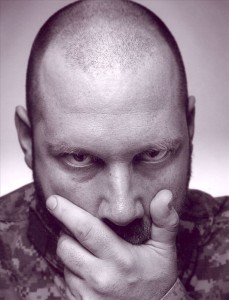 I had no idea I would use it for ironic value at the time. I was trying to figure out how to record songs. Luckily, I am a pack rat so I still have all those recordings from almost 20 years ago.

Are you still into battling? As I can remember, a few years ago you participated in a lot of battle contests. How many did you win?

When I want to win an emcee battle I will. Sometimes I win when I don’t even care so much. I cared to win the Superbowl Battle in 1999. I didn’t care about winning the Scribble Jam Battle in 2000. Those were the two big ones.

How did you get involved with the ANTICON fam? Can you tell us something about the philosphy of ANTICON?

Sole is from New England. We had some mutual friends. When I put out my first 12″, critics began grouping us together. Eventually we met up and hit it off pretty well. After Sole realized I had a rather strong following he asked if Anticon could put out a Sage Francis album. I was honored.

I think the artists of ANTICON have their very own style of rap and their music is uncomparable to other artists. Do you have an favorite ANTICON artists you like to listen to?

I think they all do something special and unique. Sole, Alias, Jel and Dose are the ones I am closest to. And I enjoy all of what they do on different levels. What’s most important is that they do what they do regardless of popular opinion.

Is there a musician you would like to work with? Can you imagine to work with an mainstream artists like 50 Cent or Jay-Z?

I could see myself working with Jay-Z more than I could 50 Cent, unless 50 wanted to do another full-on dis of the mainstream rap community.

Who’s your favorite emcee of all time?

Rakim, even though I don’t find myself listening to his music all too often. 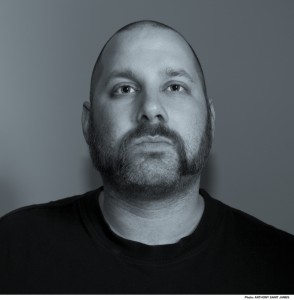 You released a lot of LP’s so far. Some of them begin with “Sick”. About what are you dissatisfied that’s going on in your country or in the world?

Fast Food culture drives me up the wall. Product character and character quality has taken a back seat to whatever is easiest to do. Discipline and honor are close to forgotten virtues.

How do you think you have progressed over the years and how has making music changed your attitude towards Hip Hop?

I am learning more and more about music. I am developing as an intellectual, spiritual and emotional being. Things are becoming much more complicated. As for Hip Hop, the years of blood I poured into the game I can definitely say that the magic has been lost. It’s been with me through thick and thin, so I have to give it the props it deserves. Hip Hop was there when she wasn’t.

Do you like to listen to artists which ain’t making Hip Hop?

Most of what I listen to exists outside of the world of Hip Hop. At this exact moment I am listening to Mazzy Star. Neil Young and Bob Dylan both owned my headphones for about a year straight. John Lennon gets an honorable mention.

Any plans to come over for some shows?

If you have any last shouts you can state them here. Thank you for making this interview possible.