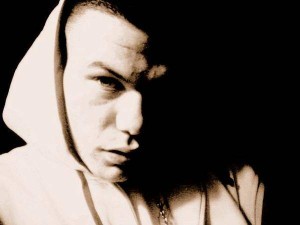 For the readers not familiar with your past works, introduce a little bit yourself and what you are all about…

What’s crackin’ people? I go by the name of Sean Strange. Solo member of the Legendary Psycho + Logical Records. I have been doing my thing for roughly 7 or 8 years on a serious tip. However, I been making beats and writing verses for even longer. I have dropped numerous projects over the years to help further my position in this here game. I also have my own roster of artists and I will be helping with their projects that are dropping this year. More on that later .

In 2008 you joined the indie powerhouse Psycho + Logical Records – how did that all come together?

Well for those that dont know, I been around the PLR camp for a long time now. I met Necro for the first time when I was like 13 years old. I always supported the PLR movement. So I think that had alot to do with my recent affiliation with the label. I would say what made it 100% would be the work I did for Mr. Hyde’s second album. After that record was handed in, Necro called me and told me that he had been watching what I was doing and I had some dope beats and a dope style. He then asked me if I would be interested in dropping a solo record on PLR. Obviously I was interested in doing that. I grew up listening to Necro and Non Phixion. Not to mention Hyde is one of my mentors, plus I knew the PLR following would relate to my fucked up outlook on life. So it was a no brainer.

One of your first works there was to produce almost the entire second Mr. Hyde album “Chronicles Of The Beastman”. How you worked together and how the process looked like?

If it wasn’t for Hyde, I would not have got my shot to drop something. Once I did the “Beastman”-album, Necro took notice to my music. I think it’s safe to say Hyde co-signing me helped a great deal with my situation. As for the album, I was very excited at the time we made it. The reason for that is, for those that don’t know, that Mr. Hyde used to be in a group with a childhood friend that goes by the name of Exlib. The Group was known as Catch 22. They did music with a another local group that went by the name “The Kriptonites” which was my older brother Stress & Raida from NGP. The first live hip hop show I ever saw was Catch 22 & The Kriptonites. This was at the age of 12 or 13 . Im talking back in like 1997-98. My point is, I grew up looking up to these dudes, so getting the chance to produce pretty much a whole Mr. Hyde record that was gonna be released on Psycho + Logical was an honor. Not to mention the album is a banger. Hyde switched up his style alot on this. We spent alot of time in a basement preparing this record. The worst part about it is, while we were in the studio one day for like 8 hours recording for the album, I actually got a pressure sore on my wrist for holding the mouse for the computer to long and leaving my wrist pressed against the desk. Disgusting!

Recently you dropped a mixtape called “The Code Of The Creep”, whats the main info on that material?

“The Code Of The Creep” wasn’t planned. What happened was “Street Urchin” was supposed to drop October of 2008. The distro company at the time to my knowledge was being difficult and I decided to wait until Necro hooked up an even better situation to drop “Street Urchin”. So I wanted to drop something banging to let people know im here. The album is still coming, and this is just a preview. So I pulled like 7 songs off “Street Urchin”, made a few more, did a couple freestyle/mixtape joints, gathered some radio freestyles and put it out. It’s more like an album than a mixtape though . 80% of it is original production from myself and I also got an Al Tarba beat and a beat from my boy Live One. It’s got 25 banging tracks on it . Its available @ http://www.necrohiphop.com/seanstrange – so definitley go check it out! 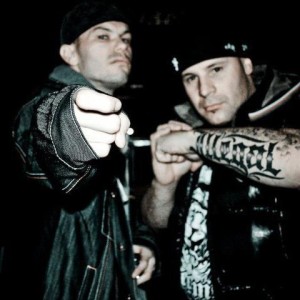 Your upcoming debut solo record “Street Urchin” is on its way. Let us know some details and whats the concept behind it.

The album is crazy! I put everything I have into it. A first album release is very important. When I dropped “Up to No Good” Vol. 1 and “Code Of The Creep”, those let people know I’m here and I can spit. But the album is supposed to show them diversity, good topics, dope beats etc. It’s gotta be well rounded and solidify fans. The fans will not be let down when they get this album and anyone who hates on me will be turned to believers! So look out for “Street Urchin” dropping 2010 after the release of the new Necro “Die” album . It features production by myself, Necro, Snowgoons, Al Tarba plus artists like NGP, Necro, Hyde, PMD, Q Unique, Domination and more.

Lyrically what are the main topics/messages you want to get across on it?

I like to be versatile . When I do songs I like to try different shit. For example, sometimes I might just go in on a hard beat and kick some crazy multi-syllabic rapid flow shit. Another example would be a song titled “Made It Threw The Pain” featuring my older brother Stress on the “Street Urchin” album. It gets real graphic bout my family and childhood, we name drop alot of my family members and address certain family situations. It’s really dope. I also got a joint called “The Devils Backyard” where I talk struggling with cocaine addiction and the horrible shit I did when I was caught up in that. Then I got a few of those bang your head on the table, up-tempo anthems on the album as well. Straight nod your head hardcore shit! Speaking what I feel! You will enjoy.

You’ve got a group, too, called No Good People. Tell us something about that.

That’s where it all started at for me. I learned so much from the other 3 members. We formed the group back in like 2000. It went from Stress & Raida being “The Kriptonites” from like 1997-99, to me and Odoub joining and creating “No Good People”. So since then we been at it. The dope thing bout it to me is, I do my solo thing on PLR but with NGP it’s different. We came up doin’ strictly rugged style hip hop music. But over the years we experimented and tried different shit. In my opinion NGP wouldn’t fit on PLR . NGP is known for that comedy, straight puke shit. And what I really enjoy with NGP is the fact that we also make songs for the radio. I got no problem making a clean, danceable record to bump in the clubs and get major radio spins. In 2008 we had a top ten song on many radio stations nationwide. We were also nominated for best rap group of the year at the 2008 Underground Music Awards. We also appeared on B.E.T’s Rap City. My dream with NGP is to have a few hit radio songs on some couple million digital download, ringtone shit and have money to take care of my whole family, my girl  and especially all my artists from my team and give them the chance to do they’re thing. I truly believe that NGP has the potential to do that! And we will. Keep your eyes and ears open, it’s on this year. Shout out to my whole NGP Family!  We dropping an album soon this year and a new mixtape. We just put our last mixtape from 2007 “White People Cant Dance” up for free download. Check for it.

You are a producer and MC at the same time and you have the privilege to watch first hand one of the greatest ever on it: Necro. How much and influence is he on you and do you try to learn from him?

To me, Necro is one the best producers ever. When I was coming up his beats were crazy inspiring. I would like to see more artists on Necro beats. It was dope that he had that joint on the new Raekwon. It’s a challenge being relevant production wise with all the producers out there. And I think he’s heavily respected as a producer and thats one of my goals. He produced two tracks on my album that you will enjoy.

With Necro and the PLR fam you’ve been part of last year’s Rock The Bells. What are your main experiences, did you have a chance to meet a lot of legends? 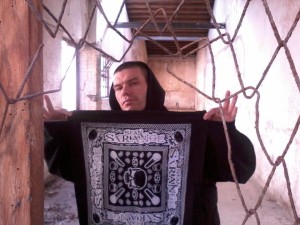 Yeah that was good times. I rolled to Maryland and the New York show with him. We were crazy deep. It was cool to see all these legends rocking and more importantly to see Necro’s name on that flyer. He got alot of love at the shows. I didn’t really say much to any other artists, a few . No need to name drop all of them. However I did meet The Roots which was pretty dope. And the buffet they had for the artists was bonkers!

If we can divide it somehow as a producer and MC what are your main dreams/goals you want to achieve in the long run?

Well, I explained what I want for NGP. But as far as my solo career, I would like to see “Street Urchin” get out to as many people as possible. I am putting alot behind it in promotion and marketing. And I know that all kinds of people will dig the album if they take the time to hear it. As for production, I would like to have my beats featured on TV shows and reality TV, I would also like to score movies and TV. I am pretty nice on the keyboard. I went to college for music, so it helps with my production.

Your next future plans for this year?

This year is gonna be crazy for me. I am getting ready to release “Street Urchin” so I will be doing everything I can to promote that. I will also be touring the whole year. Before “Street Urchin” drops, I plan on releasing Vol. 2 to “Up To No Good” and Volume 2 to my instrumentals. And a Strange Beats Compilation with mad artists spitting on my beats before the album drops as well. Also I have a few artists from my Cousin Pat Productions team that I will be helping release albums this year. Contributing beats and promotion to the projects. Artists such as: Odoub of NGP, N.O. The God, Mark Menace, Scotty G, Meth Mouth and more. But most importantly “Street Urchin” in stores 2010 – very, very soon. So stay tuned for a release date .

Any last thoughts to the readers?

If you ain’t up on my music, you must be lost in the sauce! Definitely put an ear out for that Sean Strange Music. Check me out on my myspace, also to purchase songs go to http://www.necrohiphop.com And look out for all my projects dropping this year. Don’t be a douchebag , Support that real PLR Hip Hop. Look for me coming to your city to fuck the stage up! Peace to all the fans and supporters of my music!