Last year you dropped the milestone record “Fight Music” with Reef The Lost Cauze and Guns-N-Butter. How would you summarize its importance for your career? Did it help to spread your name in the game?

It was important in the sense that we dropped a hot record and it also spread my name out to other talented artists. 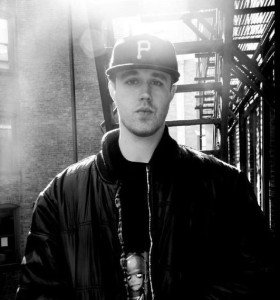 Tell me about the recording process…

Well as far as working with Reef, we connected in Boston before one show and after another show a few months after that and banged out all the joints then – except for the Intro, which we had recorded in like 2007. As far as working with Scrilla from Guns-N-Butter, it was moreso just bouncing ideas around.

As far as the scene in Boston, I don’t really involve myself in it much. I would much rather just stay home with my son and my fiancee and relax and work on music than go to local shows. Once you have been to one you’ve been to them all. I’m moreso focused on my own music than the scene here.

… and you’re focusing on a new project now: Brutal Music. What’s that all about?

Yes, well Brutal Music is a label myself and my business partner Vanderslice have started. Basically, the main idea behind it was to give us a brand to release music under that we feel strongly about and to fill gaps in between our music being heard on other artists albums, to give our fans something to tide them over. We have so far released two singles – both in late 2010 – which were for free download. One being a Roc Marciano track with a Blaq Poet track on the b-side and the other being an Infamous Mobb track and Un Pacino on the b-side. We gave these out for free to our fans via blogs, youtube etc. just to tide them over and to also try and just get the Brutal name out there. We are basically jumping off the label with our collaborative LP with Blaq Poet, due out Spring 2011. 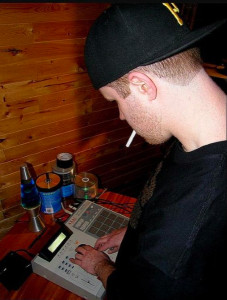 How did you partner up with Vanderslice and how’s working with him?

We started building after I sold him some records in like 2007 and we had both done work with Reef so we just started talking. Basically we have the same major influences (ALC, Preemo, Prodigy… ) and have a similar taste in samples and a similar vision for how we want music to sound. Working with Vanderslice has helped me take my music to the next level. He’s the best digger I know of and he is a real talented cat.

So now you’re working with Blaq Poet. How did that come together?

I got at Poet through a mutual acquaintance in Boston and told him I wanted to work. We recorded a joint called “Front Street” (unreleased thus far) and then I went to Long Island and we shot a video for it. It was at that time we began discussing working on a whole LP. We worked out the details and I got Vanderslice on board and we made what I feel will be one of the best hip hop records of 2011.

Do you have any mentors that you consider as inspiration?

Well as far as making beats, Gorbachops from Guns-N-Butter showed me how to chop samples. And Vanderslice has taught me a lot about digging and drums and stepping up sound quality of beats. As far as dudes I look up to who make beats, it would have to be Preemo and Alchemist.

You have a family with a kid … how hard is it to keep it right with the hiphop thing?

I mean it ain’t that hard, cause I have a good woman to help me out. Family has to come first though, once you have a kid you will definitely realize that. It’s a much bigger thing than music.

Next future plans are kind of secret right now.We have a few projects for Brutal Music we have in the pipeline that I cant discuss quite yet. Also check for me and Vanderslice on numerous projects coming out in 2011. Stay tuned to Brutal Music, if you’re not already get in tune with it.