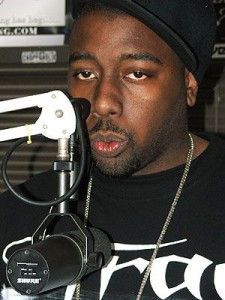 A lot of peeps know you from back in the days from Guerilla Maab and of course now S.L.A.B. Please describe your childhood and let us know how you grew up?

I was born and raised in Houston, Texas – southwest side all over really, a lil in Mo City, a lil Hiram Clarke and lil the North Side. From my momma two brothers and my old man three brothers. I was home schooled, I used to get into trouble a lot, I went to Montgomery in tha Clarke and Ridgegate in Mo City. Man, I ain’t gonna lie I went to a lot of places.

How would you characterize yourself?

I was listening to Street Military, K-Rino, 2 Pac, DJ Screw, Geto Boys and N.W.A. and any other real niggas that was doing it when I was growing up. The first CD I bought was…man, I bought so much music then! When I was 12 I started rapping myself and at the age of 15 or 16 I was getting heard for the first time. The rap game has always been a part of me, my brother Dinkie started rapping first, my mother was a singer. So Dinkie was a main influence, also my son D’neeko and all people who underestimated me as they do now. But right now my favourite album is S.L.A.B – “The Anthem”.

If I got it right, Dinkie is incarcerated right now. When will he be out?

Shit, until we find a loophole and get the right lawyer he will be in there.

What are the biggest lessons you had to learn about life?

Slow down and take your time, if not you headed for disaster. 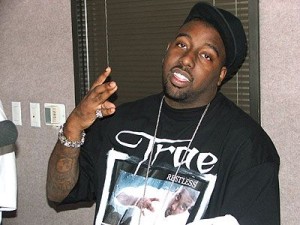 What about the artists you’re associated with the most?

The artists on the G Maab roster are actually Slow Loud and Bangin, The ABN Family, Dallas and Shyna and myself. Q-Stone, who did the production for “The Anthem” is also a part of the G Maab staff. Concerning S.L.A.B. – we family. Boss and Lil B are my cousins, Jay Ton is my brother. Solo projects? Anything’s possible, whenever they feel they ready I’ma let’ em do it.

To me, your first solo “Losing Composure” album is a classic. Could you just share some thoughts on that album?

That album was built out of anger and uhh, how can I say this – that was a time that I was really doubted tha most. I didn’t spent recording that long, about a couple of months, I wasn’t recording everyday. I recorded when I was vibe’n it.

Now let’s talk about your newest mixtape entitled “Later Dayz”. Is that track with Mya an exclusive feature and can we expect further collabos?

Yes and they can always expect more. I’m not a one hit wonder, they can always expect shit from me. I hooked up with Mya through my partner Dollar Bill from New Orleans, he let her hear me rapping on “My Mama”. “My Love Is Like Whoa” is Mya’s song and beat. And the vibe was there! Shout outs to Mya for lookin out for me.

Everybody is anticipating the release of your new album, “Restless”. Who is doing the production and who will be featured on it? 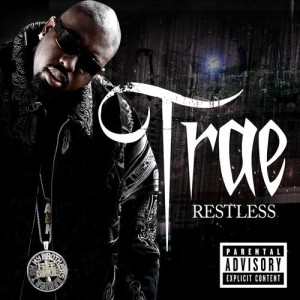 Q-stone for the most part. And it features Mya, DJ Mr. Rogers did “Swang”, Young Noble of Outlawz, Jim Jones of Diplomats, Mya and of course S.L.A.B., Dallas, Shyna and more. I’ve recorded about 30 tracks for the album. The first single Is “Swang” featuring Fat Pat (RIP) and Big Hawk of S.U.C. I’m always grinding to get a bigger fan base and when u get content you get lazy. But I ain’t looking for a major deal – “Restless” is a hell of a album and the one that just might be what carries me to that next level. In, let’s say three years, I’ll be causing hell on these streets and raising hell on this earth.

I heard J Prince of Rap A Lot Records wants to sign you. Did he offer you a deal?

We cool, but it’s like we family, I neva really thought about it.

Is it important for you to contain a message in your music?

Yeah it shows the real side of the street and some niggaz need to know that all is not lost, and that if you just hang on tomorrow will be a better day. Situations at a time inspire me the most when I write a song.

Is there much unity within the Houston rap scene at the moment?

Yeah, with certain cats, but with me, I’m considered, well how do I put this, tha black sheep.

Do you have any shoutouts, fuck you’s or thank you’s at the end?

Be prepared ’cause the asshole is coming! The truth is finally here, yours truly, Trae ABN! Free Dinkie and make sure that ya’ll go get that album “Restless”. I’m about to shut down everything.