First of all, please drop some words about yourself…

I’m Vakill from Chicago’s notorious south side, born and raised civilized and savage in one sitting. The war between good and evil is fought through music and I was chosen to be God’s personal weapon of mass destruction… I’m that nigga.

What were your first steps in the game and what made you grab the mic? 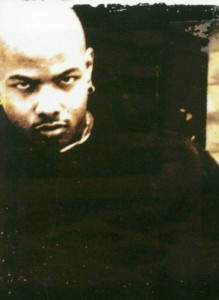 Music has always been in my family. My father had a Doo Wop group and my mom sung with Curtis Mayfield (RIP). Run DMC provoked, LL influenced and Rakim trained. I didn’t wanna do shit else when I penned my first joint in grade school. You couldn’t tell me shit and you still can’t.

Is it true that you gave Panik his name?

Yep I gave him his name which is actually “His-Panic”, your panik, a panic to mankind. A legitimite threat… I came up with ” Mole Men” also… It don’t get no underground than that… A race of people that live undergound and occasionally come up and fuck with and terrorize the surface dwellers.

How did it begin with Molemen Inc.?

It began in 89. Through a mutual friend I met panik. He went to school with another and the rest is history. We were drawn together through music. Destiny?… maybe.

What were your plans when you decided to found your label together with Panik? Did you ever expect that Molemen Inc. would have had such a good reputation like it has nowadays?

Hell yeah. We had a good reputation before we had the label so why would shit change?. We slept, drank, ate and shit this seriously. We would go to bed makin a beat, wake up the next morning fuckin wit that beat. No shower, breakfast, nuttin. Thats focus nigga.

In the past you didn’t really release a lot of rap albums, so many people associate the name Molemen with production. Is this the reason why you signed Infinito and Longshot to your label to become more recognized?

Nah. We put them on cause they could hold they own, when you think Molemen you think quality music is what we push for. Wether a mc on it or it’s a instrumental you know whats up. And we didn’t release alot of albums cause simply it wasn’t our time. Timing is everything in this game. The time came and now Germany gettin this interview. See how it co-relates? 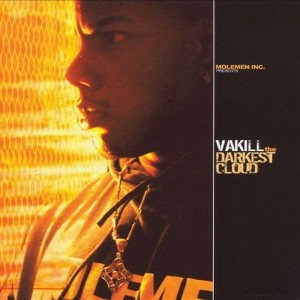 Lets talk about your first official album “The Darkest Cloud”. Whats the meaning behind such a title?

The meaning is the trials and storms that came with doing this album and getting in this game and the tribulations of life “when it rains it pours”. And the darkest cloud rains the hardest. But the darkest cloud also reigns the hardest so the storm is over and now theres another storm birthed from it which is the album. This is a man made cloud cast over the game. This is my “fuck you” back at the cloud that was hoverin over us during the struggle… fuck U BITCH!

How does your music reflect your own life besides music? I mean, a lot of your song titles like “Fallen”, “End Of Days” or “American Gothic” sound very sad or angry.

I’m pissed legitimately. I earned my right to be pissed, so did panik, so did Memo, so did PNS. Hopefully they as pissed or more pissed than me. I’d be shocked if I died happy. There is no satisfaction wit me. I’m my worst critic as a person and as a artist fo’real. I’m working on it though. I’m learnin how to vent anger with out you noticing it. Once I do that I’m fucking the rap game up. We sacrificed so much, the pay off will never be big enough, I don’t think. If we become billionaires I’ll still be pissed at how low the strings were in the hook of the darkest cloud. Maybe I’m sick or maybe it’s motivation… This is Vakill.

What is the intention of your recurring and overt misogyny in your lyrics? In one song you say “Wife’s an acronym for wash, iron, fuck, et cetera”. Is this really your opinion on females?

Gotta be a balance… I’m lettin the niggaz have it wit both barrels left and right. Why not bust some shots at females too? Hell, they can be even more trife and more evil than man. Shit, I’ve had some fucked up female experiences just like the next man and this is how I get back atcha. It’s not misogyny, it’s mis understanding. All women ain’t built to be wives and all men not built to be husbands. It is what it is… I love women to death but I’ll clown you just like I’ll clown a nigga if you foul. Flat out I’m a equal opportunity fuckerupper.

I heard the rumor that you are working on your next album. Is it true? If yes, when can we expect it?

I’m aiming for a fall release on some real label distro shit. Molemen got our focus up. The album’s called “Worse Fears Confirmed” and the worse fear is: “Can these niggaz get any better than they already are”?

What can you tell us about the Triangle Offense? Will you ever release an album together with JUICE?

Man, yeah. After I take Panik and Juice to a abandoned garage outside of state and pluck they eye lashes wit pliers one by one. Those are 2 stubborn muhfukkas right there. I love em both but shit who knows. In the mean time I’m in the booth knockin these albums out.

How did you hook you up with DJ Vadim? Are there any further collabos in the works?

Vadim reached out to me and said he felt what I was doing and wanted to collab, and he threw a nigga some paper which also helped. As for future plans who knows but he cool wit me. 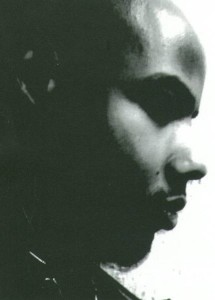 What do you think how important Chicago Rocks has become for Chicago?

Chicago Rocks is the showtime at the Apollo of Hip Hop Chicago style. And it’s a meeting ground for artists that never met each other, heard each other and always wanted to work wit and meet each other. It gives us a vehicle and it’s a statement. We got some spitters here… it ain’t just a hobby now. We got some voices here and they should and eventually will be heard. It’s a beautiful thing. The world is in trubbow, heh.

You ever been to foreign countries for a tour?

Nope. OCT will be my first tour in Northern Europe with Louis Logic and J-Zone. Crazy.

My life is intense. My boss at work told me I need to slowdown before I get fired, no joke. I’m ready to get tomorrow paper work done today. I tend to overlook shit sometimes. It’s a tunnel vision type thing. I work for UPS as a superviser. It’s good money but it is the most intense job you can ever have. Then I come home and gotta work on an album. Show performance for tours and find time for the kid. Nigga I’m dealin wit a full plate. Don’t fuck wit me, haha.

What do think about the upcoming election for president? Got Bush any chance to be reelected?

If that mother fucker get re-elected………… you looking for a room mate?

You got any last shout outs?

Germany… I’ll see yall in Oct. Show me love cause thats all I got for yall. And shouts to all my overseas peeps: Grimlock, Kashualtee, Snot Nose, Vadim and Scary Spice. I still wanna fuck that.