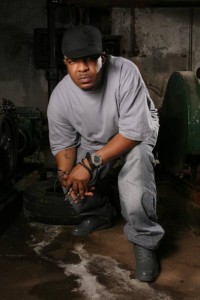 Your long announced solo album “The Deep End” will finally be out this year. What’s the street date and how will the release party look like?

The scheduled date for the release of “The Deep End” is July 20th. The release party is going to be crazy. There will be a couple of cities hosting the party – Chicago, Houston, Atlanta etc.

Why did it take you so long to come out with this album?

This album took so long because of contract issues and the usual label politics. But I own my own label now (The Padded Room Recording Company LLC) and I am completely free from all past contracts. I was planning of releasing this album five years ago, so over time I just kept making adjustments to the songlist, adding new songs to it every year. So I really just wanted the album to be perfect before it hit the streets.

Who did the beats and who’s guesting?

I produced the majority of the album, but I worked with a lot of local producers like The Hero Brothers, Dawreck from Triple Darkness, The Legendary Traxster, T.E.C., 110% Pure and Young Menace. There are not many guest appearances besides my crew (Drama Ward) but I do have a few surprises.

What’s the story behind the title? Tell my about the lyrical content of the album…

The title represents a very simple idea. I was thinking of how shallow most of the rappers are in the industry and I wanted to describe what I felt my songs would represent in the pool of music out there. And I thought it would be on the deep end of this pool of music. I have always been an introverted person, so the album concept was originally a way for me to vent all of the anger and the negative energy hat I have felt all of my life. The lyrical content of this album is really a touch of everything from hardcore lyricism to party songs to songs that make you think about life as we know it.

The first single “In The Mouth Of Madness” is a strange piece of work. What are the ingredients of a typical Young Buk song and how do you call that sound?

Yes, “In The Mouth Of Madness” is a very strange song. I wanted to release a street single that was completely left field. The lyrics of that one song actually describe my state of mind for the past 15 years, and it showcases a rhythm and melody that is uncommon for today’s rappers. The music is dark and slow and it gave me the perfect platform to express myself. A typical Buk song is filled with awkward rhyming patterns and subject matter as well as very serious beats. I don’t know what to call it besides…. different.

A youtube comment about one of your tracks says: “This will never make it big. It’s too thought provoking and well constructed. People nowadays just can’t handle it.” What comes to your mind when you read this? 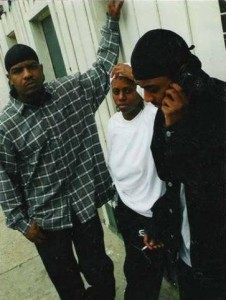 When I read that comment I was so happy, because that is what I want people to feel, that what I said was “thought provoking” and “well constructed”. That encouraged me to continue what I am doing. It also lets me know that I have my own lane in the rap game and that no one can stop me.

You may have been asked this question a zillion times, but why didn’t you drop the first Psychodrama album on Suave House?

The Suave House album didn’t come out because the label had major problems that we had no control over – and we were just passengers on that sinking ship.

When and how did you get in contact with Tony Draper back then?

A lady by the name of Wendy Day (http://www.rapcointelpro.com) pulled a few strings and got us a meeting with Tony Draper. He loved the material that we were doing and the rest is history.

When can we look out for another Psychodrama album?

On June 28th we are releasing an album called “Universal Session – Reloaded Collector’s Edition”. And at the end of this year we are planning to drop the official Psychodrama album “Too Much For The Industry To Handle”. Currently we are concentrating on each members’s solo projects and mixtapes which will be available this summer.

Do you still have any unreleased songs from the 90s?

Oh yes, we have an entire catalog of songs that were never released, that we will release in our greatest hits series this year.

What was the highlight of your music career to date?

Suave House was the highlight of my career, even though we didn’t drop our album on the label. That time period was the most productive and exciting time of our lives. We have so many great memories and we made so many connections from being down in Texas with the Suave House family. 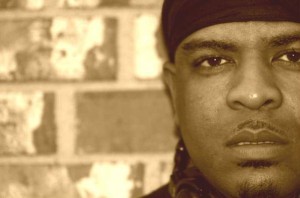 Where can fans from Europe check out and buy your music?

You can go to:

Also check us out on:

‹ Versatile – Birth Of A Revolutionary