Who’s in the Samurai roster and where are y’all from?

We’ve had many on the albums, easily of 30. We’ve people from France, Africa, America, but primarily we are all based in the UK… From the North to the South… London, Leeds, Liverpool and all those spaces in between. 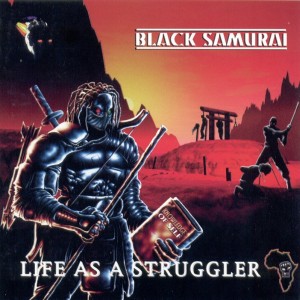 What is your part in this group? Are you the leader?

There is no leader as such, the Black Samurai is not a religious organisation or a military cadre, we are a loose knit group of musical / cultural warriors that fight to express and record of efforts in the UK cultural rutt and to speak our truth in a digestable format.. We consist of lawyers, computer techs, unemployed, writters, dancers, engineers, and just ordinary peoples.  People come and people go, but the Black Samurai will be around for a long time… I am the Black Samurai… I have chosen to use this name as it inspires a fear in the hearts of the wicked and it is reveered in the ancient times. The Black Samurai are the most formidable of all warriors, tried and tested on the battlefield of life… For me the mouth is the gun amd the words are the ammunition.. The tounge is the dounble edged sword… We fight down spiritual and cultural ignorance and wickedness in high an low places by delievering a truth… for a long time I have had the opinion that the music in the UK is not delivering what I want to hear, so rather than complain about it a do nothing, I spend my time trying to get peeps of a similar nature and like minded to come together and make some decent music…

How does you everyday life look like over there in the UK?

Everything is everything, and everything is in reverse… Sometime it feels as if mans is living in a hearse. But in this live there is no reverse or time to go back, so mans strives to achieve a balance, and learns to appreciate the living.

Is the situation comparable to the one in the USA?

In terms of the music industry, we can’t really compare to the USA, yet many of our young souljahs strive to emmulate, and simulate them. In terms of the socio-political reality that we face over here, well we are in Europe, and the only difference is that the UK is probably a little more Americanised so the ‘so-called’ ethnic minorities are slightly more institutionalised. There are more similarities, a large propartion of young black males in the USA are incarcerated. Same in the UK.  A large proportion of young blacks are expelled from schools, rendering them undereducated and largly unemployable. Same in the UK. A large percentage of innercities in the USA are being over run by crime and drugs. Same in the UK. 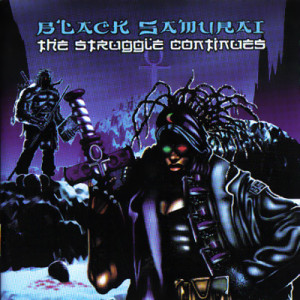 How did you first get involved in the HipHop-scene?

I’ve always been involved in music, music is, was and will probably be a central part of my life. Hip Hop… When I heard it i loved it, from Man Parish to Suger Hill Gang to ET Boogiem the whole thing. The Electro, the emerging thing. I started to body pop and do a little breaking in the 80’s and I joined a music group called the ‘Young Warriors’ the other guys were from the local church. It was the whole culture, like a rebelious, semi deviant thing. We would, break dance, body pop, do graffitia and sing. Rapping was the natural extension of the culture… Then in 1987 formed with a group called ‘Posse in Effect’ Then in 1991 Whilst I was at University I heard and met a guy called flex from the Black Radical Mk2. I used to build with him and suggest things and then in 93 I appeared on one of his albums as ‘Maat’ meaning Peace and Balance. Then later that year I formed in my own mind a programme for the ‘Black Samurai’. I’ve grown older and have matured, hip hop has grown along side me, inside me, maturing as I do… Some times I take an introspectional look, and I do not like what I see… About myself and about the music. I’ve never sold hard core drugs are shot anybody for personal gain. And I don’t appreciate the glorfication of the wanna be punk gangsta from stateside. I think that if I do something wrong, rather than glorify my crimes and profit from them, I should regret them and change and auto-correct myself and do better… So too should hip hop. Strive to auto correct itself and do better, than pushing up jump up punks and glorifying their bull…t..

Tell me something about the way you went from then till now. What are the most importantexperiences you’ve made?

After University, I took a Post Grad course and I became a lecturer in Further Education. I later took a Master in Multimedia and Education. In the meantime I tried to keep the music going. The first album ‘Life as a Struggler’ came out when I was a teaching. I then decided to put my faith in my sword, that is my music, and see if what I was doing would or could frunish a life for me. After 4 years or so I resigned as a lecturer and start to put more thought into the music… ‘The Stuggle Continues’ is a testament to that. I found out that in the UK the music wouldn’t pay for me to life, so I experienced a massive reduction in my standard of living, (economically that is) and in the reality the struggle just began… I saw that there were so many artists and beautiful people trying to make a way in the UK music scene, so I tried to help by giving people a small opportunity to get heard, even if it’s only on the underground the music would resound. I became a trained body gaurd. Then I started fighting in 1984 and won area championships for boxing, my dad who was a pro boxer himself didn’t want me to pursue this and implored me to study and ‘get my papers’ so I did… My father passed in 1997 and I stared to train in the mixed martial arts in 1998-99 and won the WAKO British Heavywieght Freestyle Kickboxing Championship 3 years running form 2001 – 2004, IN 2001-02 I represented Great Britain and fought in Slovakia for the WAKO World Championships, sadly I was only able to earn a Bronze medal I also won the EMA English and British Championship… then in 2004 I started professional Mu-Thai boxing. I teach Ju Jistu and combat skills and self defence. I don’t earn any money from it, but it helps to get rid of some of the frustration and I really enjoy it… I have great respect for any man that can dedicate himself to the pursuit of excellence in any endevour. 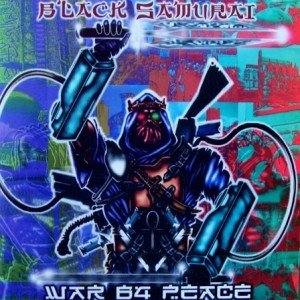 The HipHop-Scene in London and Birmingham is barely known over here. Whom do we need to pay attention to past, present and also in the future?

The London Posse, the Demon Boys, Sonz of Noise, Catch 22, Auza Tribe, Black Radical Mk2. MSI and Asylum, Silver Bullet… Past and incredible.. In the future oh believe that there will be a whole lot more to raise to acclaim from the UK, look out for ‘Yogi’ Fury, Thai, MD7, Scientists of Sound. Baby J, 57thDynasty, and of course I’m sure The Black Samurai will get some dues at some point.

You’ve already released three albums – did you get a positive response on these projects?

We get nothing but respect and props and support form the streets, the people feel it, its real. For too long now the music industry has neglected and rejected the Black Samurai… and still we shall rise. Some magazine writers and other pencil pushing punks don’t know, hip hop don’t live hip hop, but live in the mediocracy of the middle class.

Who out of the Black Samurai family will drop any solo-stuff in the further future … who has the greatest potential)?

I have known Yogi since he was about 9 years of age and always said that he was destined for great things, so I believe that he has a massive potential. Then from the new stuff there is Danger… lyricist extraordinaire. Then there is Nemesis, as good if not better then, missy E, Eve, Dynamite, she has massive potential. Then there is Justice…. the voice of many waters, soothing to the soul. Then there are just so many… but the harsh reality is that it doesn’t really matter how gifted or talented you are. It’s how you play the media game.

Yogi’s new album hit the streets few days ago – could you give us a short review of that album?

It’s phat! I don’t believe that this is his best stuff yet. I think he is still developing and refining his art. Realising his centre.