You first caught my attention with the song “Goldeneye Egyptian Flow”. How did you come up with the idea of sampling computer games in the first place? 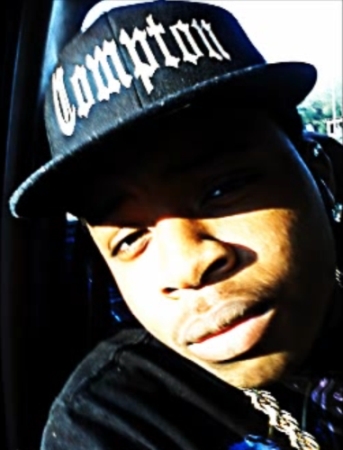 Well it all started back in 2002 when I got my first Xbox console and it came with the double disc games, “Sega GT 2002″ and “Jet Set Radio Future” (JSRF). Soon as I popped in JSRF I instantly fell in love with game’s soundtracks. It came with premixed tracks that blended in on its own, making it seem as if you had a DJ performing right there with you. The I just started making beats in my head to the game’s music and then I thought “I wonder how this shit would sound to a beat of my own liking”…and there it was. Also what made me start flipping videogame samples, my dad had Krayzie Bone’s “Thug Mentality” CD in his stash and when I heard this track he got on there called “Silence”, it blew my mind because this nigga sampled the Continue Theme from “Mortal Kombat Trilogy” (PS1) version and I’m a big ass Mortal Kombat fan.

The same beat was also used for the “Blvcklvnd Souljas” video…

I was in this group called “Batkave” which was run by Denzel Curry’s older brother, Soulja Mook, he was with the Klan as well and helped me get a lil more exposure since the Klan was poppin n shit knowmsayin. Mook hit me up and was like “yo that Goldeneye beat? Send dat through, me and Denzel bouta kill it”.

You just released your latest mixtape some weeks ago. Time to drum up business – what do you offer on this one?

That 666 Degreez? Shit man, that’s like one of my best tapes besides Mystic South 1 & 2. I came super hard on that shit mane. I came through wit dat old grimey southern tone and lyricism. Pimping, cruising, killing, drugs. The usual I rap about knowmsayin, shit that’s indulged in southern culture and life in general. I used hella videogame, anime and movie samples for the tape, too. Like “Nawty Nigga”, I flipped a “Dino Crisis” sample and it took a lil bit for the fans that are hardcore gamers to catch on to that sample.

Will you press up any physical copies?

Oh hell yeah, those are in the making as we speak, so you know I gotcha mane. 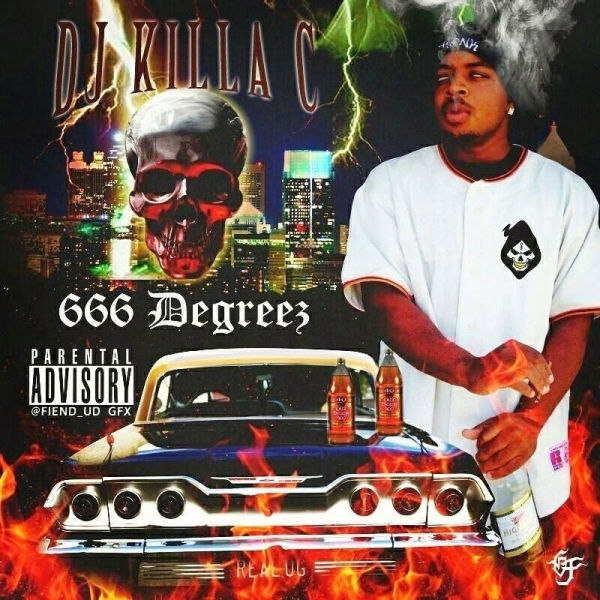 Who are the featured artists … Soufside Pat, Jas B & Woofy Woof?

Oh, them da homies mane. Pat my nigga, I got hooked on his beats because of this song he got called “Fuck Sobriety” and man…when I heard that beat, I was gettin buck like fuck mane *laughs*. He also produced that by the way. Jas my home girl. She real laid back ya know, she like a female pimp *laughs*. I got hooked on her from this track she did with my brother Mr. Sisco called “Dem Playaz” and her flow and everything was on point. Had to get her for the tape. And my nigga Woof!? Man, homie took my ass in from alot of his work. What makes him stand out is his flow and his tone of voice. Nigga remind me of B. G. Knocc Out the way he flow mane. Too many people can’t do what Woof is doing. He really makes you feel like you cruising down Crenshaw BLVD in 63 Impala hittin switched with a 40oz in hand *laughs*

You’re from Atlanta, but your sound has a strong Memphis influence. How come?

I’mma have to say this started back when I was 14 going on 15. I was a big time Bone Thugs fan (still is). I started digging into Bone and was wondering if they had in the competition back in the day. I saw that they used beef with Triple 6 and I was like “Goddamn, hold on, who deez fools!?”. The first nigga I had heard from Triple 6 was Lord Infamous. Then I was like “Okay I’m feeling this shit…they talkin about some shit that kinda got me scared, but I like it.” Then the nigga that really took me in was Koopsta Knicca. Man, when I heard “Da Devils Playground” and the productions on it, that shit had me sold. They imagery is very vivid mane. Its like a horror movie on audio mane. And I relate to it because this is shit that happens in real life, ya know? But they put they own twist to it. I used to sit up late at night playing “Mortal Kombat 4″ to their shit mane.

Do you have any specific musical role models?

What’s the best beat you’ve made so far and why is that?

Damn that’s hard as hell to say….hmmmmm…damn. I would have to say “Dark Tournament II” that I did for Denzel Curry, Soulja Mook & K-Trip. That beat right there is live as fuck. Gets the blood pumping, ya know.

What’s coming up next from Killa C?

Shiiidd ALOT. Videos and a new upcoming tape called “The House of The Dead”. Wicked 94 also is going to be rehashed. So ya know – stay tuned.