I’m proud to present a real down south legend! What’s up Doobie Smoov – glad to have this interview with you. How are you doing?

Cool man, glad to be back out here with a new project. 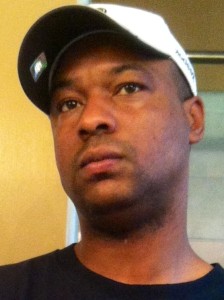 I grew up in Alexandria, Louisiana. It was normal shit for the most part, after High School I got serious about music and rapping but before that I was really kind of militant. I was always on some pro black angry shit for a minute as a kid, mainly just trying to find myself. But over all I grew up with no major drama, just played basketball everyday and listened to music.

Age 13, my boy got a Tascam 4 track recorder for Christmas and we would bullshit on it making demo tapes and shit. I let somebody have a copy of the demo and we ended up signing a national distribution deal with a company out of New York who then signed us to a company out of Memphis, TN. So professionally maybe age 17.

I got a ton. Curtis Mayfield, Bob Marley, Morris Day, shit like that. As far as rap goes, anything from Rap-A-Lot back in the day, I bought it. Being from Louisiana we hear a lot of Texas rap, but I still grew up on the Bounce music, too. So my roots are all over the place. Bottom line for me is if I cut it on and I feel it and that’s my approach to music – do boyz feel it.

In 1995 you debuted on the scene with your tape only release called “Secret Indictment.” Tell us something about this time, how did it go down?

“Secret Indictment” is what really started me off. As I had said before, me and my current business partner and producer where in chill mode because we had fell out with the company we had signed to over really creative control and the fact that they was some bitch ass hoes from the eastcoast who didn’t respect the art and only cared about money, they wanted us to sell out and make some positive shit with no cussing and all that shit. To be honest, my current partner Red was the first cat to dip, then me. So basically we was sitting in Alexandria under a bad contract, but we still was making music the whole time. So eventually we was like fuck it let’s put something out, we brought DJ Fry in and we formed Graveyard records. We came up with “Smokefest” and that killed the game. It was a trip, we had radio and the streets on our side. They still play “Smokefest” to this day on the radio.

OK. Let’s talk about your brand new album “Get Blowed”. How would you describe sound of the album?

Mixture of Texas influence and New Orleans/South Louisiana music. We grew up dead in the middle, so we heard all the Texas and Screw music, but we also would hear the indpendendt New Orleans music. So, our sound is a mixture of that…if you appreciate music you will feel it.

Who did the production and who is featured on it?

Rouge 5 Sounds and Bobby Staxxz. Rouge 5 did the legendary “Ballin In The Game” track along with all of the “Dream Of Death”. He is nice and has a national sound and we got good chemistry.

Where can it be purchased overseas?

Available on Itunes for download and you can go to cdbaby.com or amazon.com to get a hard copy. Hit the website doobiesmoov.com and we will get it to you.

Your last record came out in 1998. Why such a long break?

Tired of the bullshit in the business. Never get tired of the music but the other shit gets old. The talking down, the cats who do bad business…just kind of got burned out. 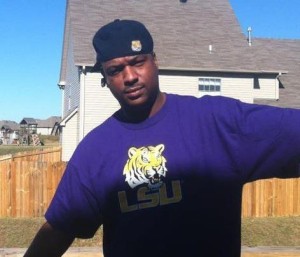 One of my favorite Tracks of your Album “Make The World Lean” is “Crunk21G” with Big Hawk – R.I.P.! Please describe your feelings when you think about him.

I feel blessed and honored to have met him and been able to work with him. He died very tragically. Houston and Texas definitely ride for him. He really opened up some doors for me once he co-signed me, it made a lot of people check for me. To this day, I have people who call me trying to buy that verse from me, can’t never sell it.

You have worked with other OG S.U.C. Members as well like E.S.G. & Big Pokey. Tell us something about that connection…

I believe it goes back to the streets showing me love and me respecting there music. Them boys are legends in the south, plus we kind of on the same mode and have a lot of the same audience so it made sense and the records came out hard.

I have heard that an german/japan label will release your two tape-only releases on cd. Can you confirm this?

Yes, the demand for the shit is crazy! I get hits from Germany all the time. I got contacted by man Philipp and we gonna make it happen. “Dream Of Death” is ready and we are finsishing up “Secret Indictment”. So yes, hopefully before the end of the year.

What’s going on with your own Label Smoov Moov Media Group? Who’s on the label right now and what projects are coming soon?

That’s my new company. We offer a lot of different services. We just released “Get Blowed” and have a new project “L.S.U.” wich will be coming out the first part of next year. My first artist that we signed will be Big Mal, you can hear him on the new “Get Blowed”.

Alright…let’s get a little more personal. Please describe a regular day in your life.

Music, on the phone and computer a lot. In my down time I chill and kick it, huge sports fan. LSU and the Saints. So if it ain’t music I’m at a game or watching a game.

Your favorite record of all time?

New Edition N.E. Heartbreak… don’t know why, but it is.

And the worst thing that ever happened to you?

Getting shot at. No details, but that would be it. 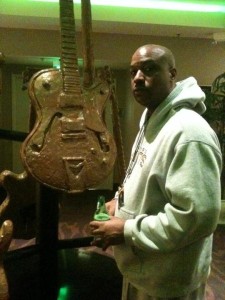 What has been the greatest experience in your life up to this day?

These some deep ass questions… the birth of my son and fatherhood and ain’t shit else even close to that experience.

If you never stepped into the rap game were would you be today? Which profession would you choose?

Politics, just because over here your voice is your money and a lot of people don’t have a voice and I see a lot of shit now that I don’t like and watch the politicians play games that really have an impact on peoples lives. Politics for sure… couldn’t pass the piss test tho.

What do you think of rap today?

It’s cool because it’s so big, but there is a lack of creativity and a lot of cats sound alike. Plus cats need to say something besides “I got this and you ain’t got dat” or “Everybody hating”. Just my opinion but at the end of the day if it’s selling – do your thang.

I wish you big success for the future – real recognize real! I have got one last question. What do you know about germany and what do you think about the german people?

I know I have a bunch of fans in Germany and I am very thankful and even a little overwhelmed that people in Germany fuck with so hard, humbled by the people of Germany.

Thanks a lot for taking the time – any last words or any shoutouts?

First thank you for your time and I appreciate all you and other folks in Germany who have reached out to me. Shoutout Smoov Moov and go download the album on iTunes or order a CD from cdbaby.com!