Could you first clarify where you come from? I know that you reside in Fort Wayne/Indiana now, but didn’t you live in Florida back in the days?

Yeah, I used to live in Fort Lauderdale and in Miami, Florida. I’ve also lived in Atlanta/Georgia, New York, Birmingham/Alabama and Louisville, Kentucky. I was born in Fort Wayne, Indiana.

I don’t know very much about your musical activities before the Emcee Cooler album. Could you give us a little overview?

Before $canda-Lu$t I recorded an album called “Dope Dealer’s Delight”. I called it that to symbolize me inventing crack rap. Get it? Like Rapper’s Delight. At that time a few rapper’s had rapped about selling crack but not in every line in every verse of every song. I took it to that level. I’m still on that. 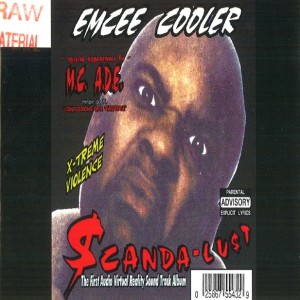 How did you come up with the concept for “$canda-Lu$t”? As for as I know, it’s the first and only album of its kind – a true classic! How did it all come together?

I wanted “$canda-Lu$t” to be an audio movie. It’s a CD that you can turn off the lights, smoke a blunt and you’ll be able to see visions of the songs. Every song has full sound effects. I knew that it would be an album that would stand the test of time.

What was the most difficult part about recording the album?

Okay, let’s talk about paying dues here. The hardest part about recording “$canda-Lu$t” was that I had to produce all the music and write the lyrics. Then I had to keep making new songs that all fit together like movie scenes. I literally lived in the studio. My girl left me. I dropped out of school. I quit hustling. I basically dedicated my life to recording that album.

How did you get to know MC A.D.E., who is a true bass music legend? And how was working with him in the studio?

I met M.C. A.D.E. from my manager at the time. I met him my second week in Florida. And A.D.E. signed me two days after we met. In the studio he is a perfectionist. I literally rapped those verses hundreds of times. I wasn’t supposed to produce my whole album. I was only supposed to do one song. But after the first song was finished I had another ready to go. The producer who the company hired to do my CD was in New York for a month. When he got back to Florida I had “$canda-Lu$t” done. Me and A.D.E. worked on that album hand in hand. It is an honor to have made a masterpiece with him. We still talk regularly. That’s my brother.

I was wondering how much reality stands behind “$canda-Lu$t”?

Which song represents your personality the most?

“The First Annual Cooler Convention” is the way I think on a daily basis.

How many copies of “$canda-Lu$t” have been pressed and sold?

I don’t know how many copies were pressed or sold. In 2006 I acquired all the rights to the album so I’m going to re-release it with a new cover and some bonus tracks.

How was the reception of the album back then, I guess it caused some controversy?

Everyone said that it was too violent. I only got played on underground radio. I never cared about mainstream radio play or what critics say. When I have a vision for a body of work I just make it. 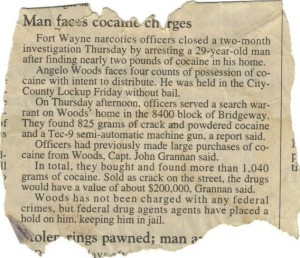 You already told me that you’ve been sentenced to 8 years for drug trafficking and came out of prison in 2008. What went wrong and where have you been incarcerated?

My cousin snitched on me. That was fucked up! At that time I had a group called Midwest Monopoly. We had a CD called “KEYZOPENDOORZ”. I had a deal on the table with Universal. Then that bitch ass fool went and snitched on me to the Feds. I was locked up in Terra Haute, Indiana when they killed Timothy McVeigh. I was in Elkton, Ohio. And I was in New York MCC on the terrorist block after I escaped prison. Don’t get it twisted, I been a street dude my whole life. But after I escaped prison I couldn’t imagine myself not being able to do music and show my face again. I don’t like to hide. In my book real men don’t hide. Being on the run made me feel like a coward, like I was scared to do the time. So I turned myself in. But I went back with an agenda. I got five business degrees while I was in prison. Now I got street knowledge and book knowledge. I’m building a new team now. So if anyone wants to join the team then holla.

What was the first thing you did when you were back home?

The first thing I did was get on the internet. I’m a techie so being behind on technology for 8 years didn’t sit well with me. I’m up to speed now though.

So now that you’re back on the streets – how do you see your future?

The future is bright. My label is with Island Def Jam. I got a novel coming out called “Born 2 Hustle”. I’m filming a movie called “Revenge Iz tha Sweetest Joy”.

What made you change your name to Endyana Stonez? What kind of music does this new name stand for?

Endyana Stonez was my hustling name that some of my boyz from California gave me.
When I got out of prison I just ran with it. I make music about hustling so it works. It’s me. 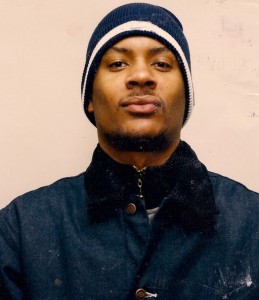 Your latest single is entitled “13 Months”. What’s the story behind the track?

After I escaped prison, I was put in solitary confinement for 13 months. The song is saying that you can’t make real money while in prison. “13 months” is the first single from the Island Def Jam deal.

You recently started your own company Flooded Streetz Muzik Ink. Tell me about your artist roster and the projects you have in the works.

I got myself, the Midwest Monopoly, Big C Tha Soul keeper and a singer named Anita. So I’m working on those albums and the books and movies that I mentioned earlier.

Have you ever thought about doing a second volume of “$canda-Lu$t”?

I’m working on “$canda-Lu$t II”. It’s not finished yet so I don’t want to unveil anything yet.

Where can your music be bought or heard?

I have music in all the online stores (Amazon, itunes). All the new stuff is under Endyana Stonez. “Money Growin’ On Trees” and “13 Months” are in stores now.

What’s the next release we have to look out for?

The next single is called “I Bless U N”. It’s super lyrical.

Is there anything I forgot to ask? Time for some last words…

I want to thank all my fans. And the whole hip hop scene of there for making my CD “$canda-Lu$t” a classic. I respect all of you. I want all the fans to know that I’m accessible. My youtube channel is http://www.youtube.com/EndyanaStonez, my myspace is http://www.myspace.com/endyanastonez. Buy Endyana Stonez T-shirts here: http://endyanastonezclothing.spreadshirt.com I blog on http://www.fortwaynehiphop.com Any rappers over there that need beats hit me up. Any rappers wanna collab let’s do it, just contact me. Everyone that emails me after they read this interview I’ll send them an exclusive MP3 for free from the new album: endyana_stonez@yahoo.com

Nocturnal Rage – Way Out Your Mind… ›