Thanks for ya time. First I would like to know how the climate of public opinion in the USA is nowadays before the election?

To be honest with you homie I’m sure Americans are looking for all the right answers from each candidate but the question is will it be enough to help the worlds problems that we see today.

In your childhood, what things have you experienced in terms of gang life and all that other stuff?

In our life time we’ve seen people come and go what we mean by that is alot of dead homies and plenty of our love ones behind bars. Plenty of mothers and fathers lost without there children some gang members and others innocent victims. 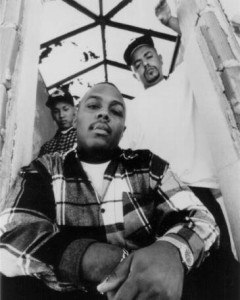 What’s the difference between living in the Eastside in the early 90’s and nowadays?

To be honest theres really no difference alot of crime in our community and people looking for a way out of the violence, but thats life. The funny thing is i love where I’m from the Eastside.

How did you start into the Rap game and do you remember the first track you made?

Our start in the rap game was the combination of DJ Glaze and M&M with there interest in being Mobile DJ’s. That gave them notoriety in different neighborhoods. Later on T-Dubb got involved and being to test his skills in the form of rapping. Our first track professionally was a song called “Lil’ Somethin’ Somethin” which in turn landed our first record deal.

In my opinion “Perfection” is one of the best G-Funk Albums. Can you tell me something about the time when the record was orignated?

It was one of those things you could just feel when we were putting it together everything fell into place dope production and smooth ass lyrics a true classic.

Are you still in touch with The Twinz and do you have any news about their new album?

The Twinz are T-Dubbs first cousins and yes there in the lab putting there album together.

Are there any news about release date of your new album “Two Thousand Foesum”? What Features can we expect? Is Bo-Rocc and The Twinz on there? Who handled the productions on your album?

Yes the new album will drop Christmas Day. Of course we have Bro Kam, Bo-Rocc The Twinz and some tracks from Fredwreck. And host of other artist. For production DJ Glaze, Lil Lee and Extra Large.

I think your music is the perfect soundtrack to chill, how important is that for Foesum and how do you chill?

Its important that the people feel what were doing as far as our music goes because there our eyes and ears to let us know if there felling us. Theses days we just continue to make our music and out together that’s how we chill also with the ladies how can we forget that.

You published your fan mail on your website www.foesum.com… How does it feel when you read words like “In 2000 I had some real bad problems surrounding me, but I came across a Foesum CD, which contained the song “Some things never change”… It really helped me to keep my head up and to stay strong through the hard times!!!”?

That particular message touch all of us. The fact that Foesum was able do something for someone other than ourselves. That’s what our music is about. 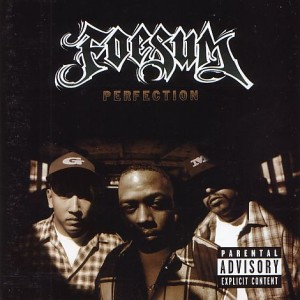 What do you think about the current state of the Westcoast scene? There are some newer acts like Game or Guerilla Black; can you imagine them bringing the West up to the top again?

We think that the Westcoast is due to bring back the crown our way. At this point we feel the fans are looking for that someone who can carry the coast once again. Believe me we have the artist to do so just wait and see. As for Gameand Guerilla Black all we can do is wait and see what happens.

Is there still battles between the different coasts?

We don’t see it as a battle anymore its about who can make good music.

Glaze, I have heard that Ice Cube is your favorite artist, what do you like mostly and what do you think about the new West Side Connection album “Terrorist Threats” and other reunions like that?

Ice Cube is my favorite artist because Ive never heard him bust a wack verse yet also his long levity in the rap game. To me hes never sold out to please corporate America to add to that hes not a bad actor. The West Side Connection album is dope as hell.

DJ Glaze: I love music, my homies, family and just being able to make good music for the people.

M&M: All my homies, those who have past away, family and just being able to wake up every day.

T-Dubb: My family and friends of course my little son who gives me inspiration for doing the best i can do. Also remembering my brother who got us all started.

What’s your solution when you have a creative blockade?

Ease on back and fire up a sack, think about all the good times we’ve had and many more to come that’s what gets us going pretty much dam i forgot to mention a little drink don’t hurt either.

What was the most craziest thing you have seen in Japan?

Man, seeing how everyone his influenced by the way we dress on the West Coast even to the gang attire. 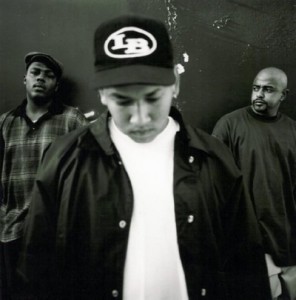 Was there a difference regarding the atmosphere between the crowds in your country and the people in Japan visiting your concerts?

That’s simple hell yeah no fighting in the crowd and no gun shots.

Could you imagine to visit Germany anytime soon for some live performances?

We would love to come to Germany and rock the house for y’all. We here its on out there and we have a lot of true Foesum fans much love.

To which music do you listen to nowadays?

Of course rap, oldies and sometimes even a little jazz.

What comedy/TV-series can you recommend?

Old school “Sanford and Son”, “The Simpsons”, “All In The Family” and “Cops”.

Ok, let us play the good old game, I give you a word and you drop a short comment on it:

Shock G Cleaver with the way he came into the game.

Devin the Dude Cool style with his lyrical flow.

Compton City Where rap first got discovered on the West Coast.

NBA I love this game.

In the Wind One of the dopiest songs to come from the G-Funk era.

Michael Moore Cleaver the way he put the 911 movie together.

MC Ren One of the dopiest artist from Compton.

Internet Amazing, the key to life for many people.

Arnold Schwarzenegger What can you say, he did his thing and won.

Artwork A Expression to appreciate creativity.

Books Good to hide way and become the character.

Christmas A life and a new beginning.

Will Smith Still able to do the damn thing, can’t hate.

Midwest On the map as far as the rap game.

Here is the place for some shot outs or final words…

Shots out to you for hooking up the interview and all our fans all over the world much love to you Germany from Foesum. The exciting new album by MNMSTA “Walk In My Shoez” is now available at cdbaby.com, cdstreet.com, Cisco Music, Tower Records, VIP Music, foesum.com and other fine retail stores.