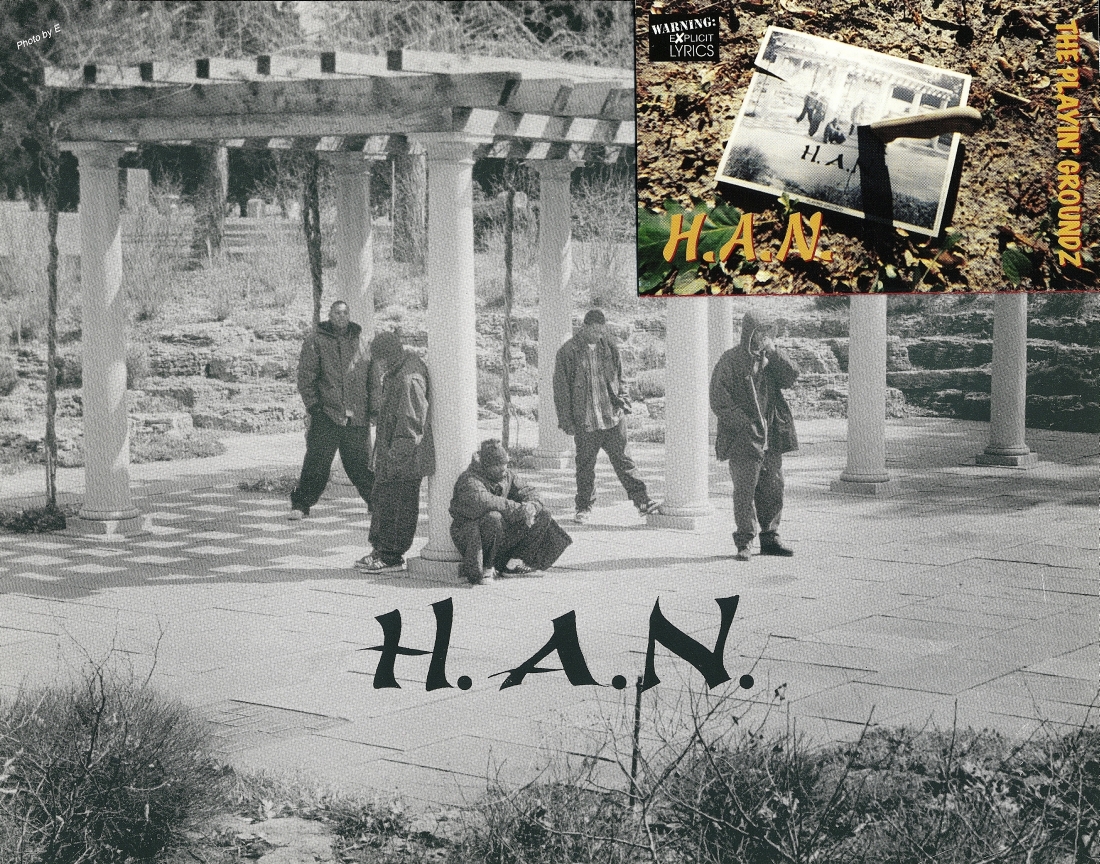 First off all, who am I talking to?

Which part of Flint are you from?

Northwest Side of Flint, Michigan on W. Home St., called the Nutty North.

Let’s talk some history first: tell me when and how H.A.N. came together as a group.

I just got home from Desert Storm 1991. I met D-Cole first on the night I got home. T-Moe and D-Cole were in a group called Swift D and the Coalition.

How did it go down when you recorded “The Playin’ Groundz”?

I came with a track, a sample from Strawberry 13. Then I went from there… D-Cole and T-Moe got samples from a heavy metal band, we just put it together. I made it fit from the snare to the boom. We went to California for three weeks to get a record deal. Then we came back because the first mix was sounding so bad. We completed the EP and got it pressed up at Discmakers, the rest is history.

Could you describe the classic H.A.N. sound in one sentence?

How was the feedback on the local level back then?

What happened after this tape?

We split up for a couple of months, then got back together.

Were you also around when the Modern Day Mobsters album was recorded?

Yes, I heard it from beginning to end. There were two groups formed into Modern Day Mobsters. The second group was called Stacked Deck consisting of two members, Ready Ace and Deuce. That was a tight album. One of the Modern Day Mobsters, name Altura Stallings, has continued to put music out like me, he’s on Youtube under Altura and Milly Mills. Good music. I think he got another record deal.

What are you up to nowadays? You already told me that you’re putting the finishing touches on a new album…

How does the local rap scene look like these days?

Hip Hop is in a ill state, a lot of fake MCs. I will put it down like never before. We all come from the same area in Flint, Dayton Family, Jake The Flake, MC Breed, Top Authority. Now it’s a brother from Flint who’s working with Dr. Dre. His name is Jon Connor, who’s also a Flintstone.

Warfield – War In The Streets ›