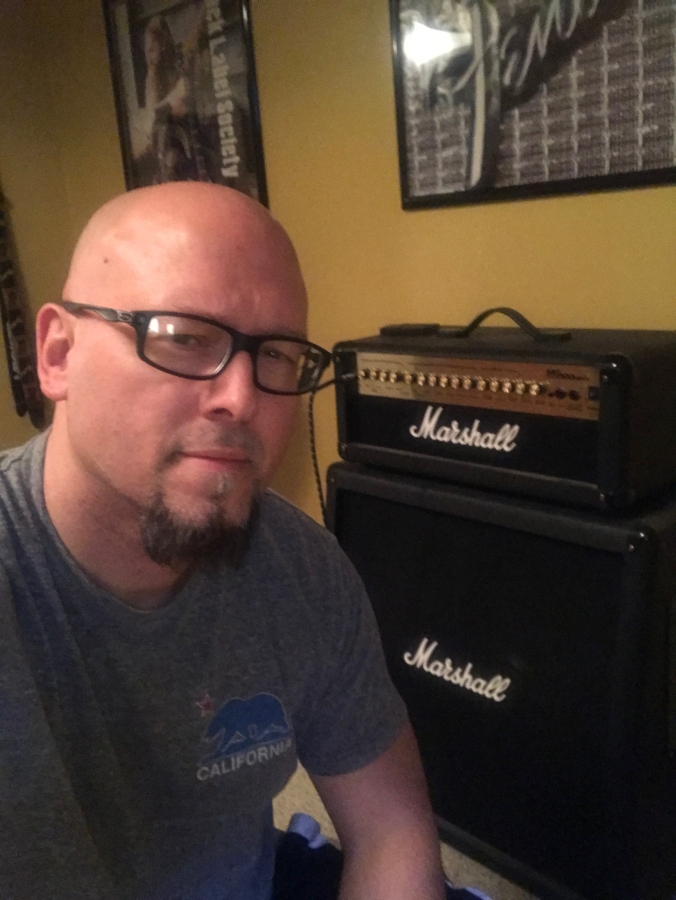 When and how did you get to know DJ Style?

I had a job in the summer of 1987 at a restaurant called FURR’s cafeteria. I met Will (DJ Style) there. We were both cooks. The first words that came out of his mouth were, “What kind of music do you listen to?” and I said, “Hip Hop”. We immediately became friends. He had a huge collection of vinyl records and a turntable at his Dad’s house. It was a cool place to just hang out and play to music. After high school I went off to college and two years later he decided to follow. We ended up being roommates in a small 2 bedroom apartment off campus and decided to start making music. A drum machine, a keyboard and four track recorder is all it took to get the process started. It took us a good two years to finally get our music on point where people would say, “Damn, you white boys ain’t half bad.” We shipped our demos to countless record companies and nobody was interested. I got all pissed off and said, “Fuck it, let’s drop this album independently” and Lock-n-Load Records was born.

How do you you remember the day “Sellin Narcatta” was released?

Pure joy. You have to understand that back in the day there wasn’t anyone in Kansas City, Kansas doing anything independently. Nobody believed us when we told them we were going to drop an album. When it happened, jaws in the community dropped. We have arrived. We weren’t pretenders anymore and people started to recognize that this wasn’t a hobby anymore. We were here to kick you in the nuts with our own Midwest style of hip hop. It was a great time to be alive.

How many copies of your first two albums were made and sold?

“Sellin Narcatta” – made 500 copies. Sold just under 500 copies. Keep in mind, the majority of sales transactions were done out of the trunk of my car. We had consignment deals with a few local record stores in Kansas City, but the majority of the sales came from hustling. The tapes were cut from a company in California called Rainbow Records. We really weren’t interested in another order for 500. We were focused on our next project. “Out On Bail” – made 1000 copies. Sold over 800 copies….and then problems arose. I’ll get to that later.

Did you have a team around you, or was it really just the two of you?

It was just the two of us. 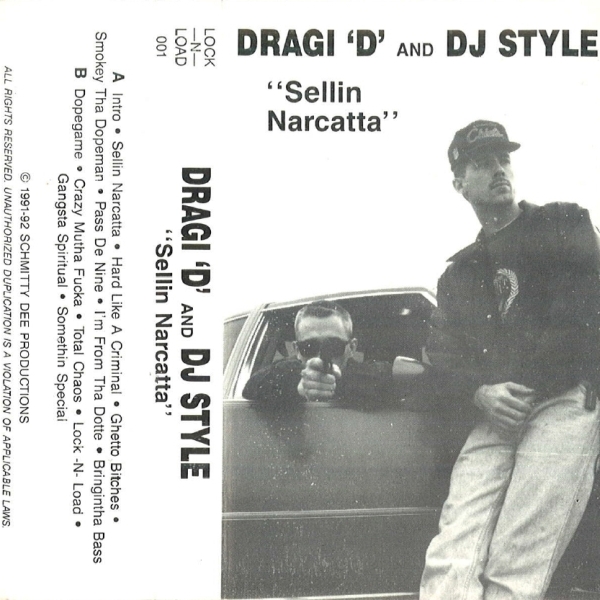 What are your memories about the KC rap scene of the early 90’s in general?

The choices were slim. The only other group to drop an independent album when “Sellin Narcatta” dropped was a group from the Missouri side called Black Mafia. The infamous Tech N9ne was a member and we all know how that turned out for him. He’s the king. There were a few emcees that came later. My favorites? Guys like O.G. Riff, Hobo Tone, and Vell Bacardi that really put their stamps on the Kansas City rap scene. Those were some talented dudes.

Which one of your songs was the most popular?

“Robin Hood”. And I just shake my head and smile when I say this. I hated that song. I never wanted to put that on the “Out On Bail” album. I must’ve argued with Will for weeks before he finally convinced me to add it to the playlist. Which goes to show you, I don’t know anything about what people like or dislike musically *laughs*

Ok, so which one of your songs do you consider the best?

“Anotha Dead Homey” from the “Out On Bail” album. It’s a song about a close friend of mine that was murdered. It took me only 15 minutes to write it. Somebody posted that song on youtube and every once in awhile I’ll listen to it. I can hear the pain in my voice as I deliver it. It doesn’t get any more real than that.

Of course I have to ask about “Tha Cool One”, your 1994 diss track against DJ Style. What was that all about?

Stupid shit. Here’s the deal…Will is and was a music junky. He literally locked himself in his room and created music nonstop. For every five rhymes I wrote, he would have 500 music tracks ready to go. I couldn’t keep up. He expected me to be locked in a room and write, write and write. His goal was to release an album every six months. I couldn’t do that. I was too busy running the streets, chasing girls and living life. I write music based on my experiences. It’s what inspires me to write. I can’t sit in a room for a month and give you five albums worth of songs. I’m not programmed that way. He questioned my commitment, words were exchanged and we went our separate ways. I wrote the song out of anger. We didn’t speak for about 4 years. He was the bigger person and reached out to me. We squashed the beef and are friends again. I haven’t listened to that song for years. It’s definitely something I’m not proud of. 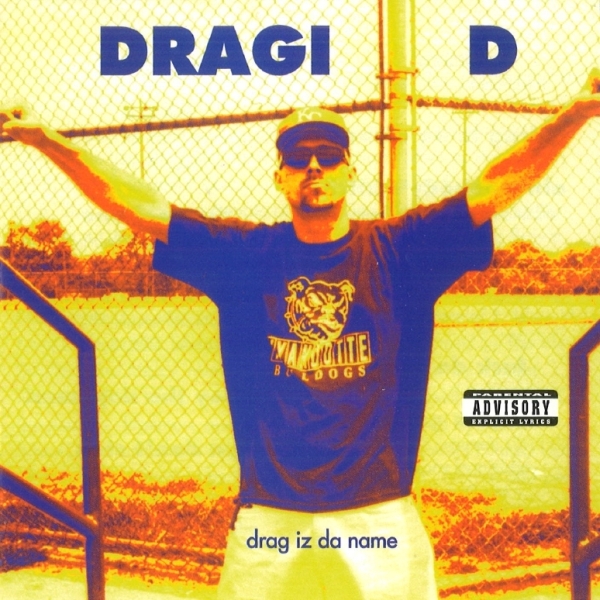 Who is Bobby Glock, the producer of your solo album? I never heard of him.

One of my good friends, Sterling Seals was in a group with him. I heard some of the tracks he was producing and wanted to work with him. Dude was a very talented and polished producer. His name is Rob. I’m not going to tell you his last name because I don’t know if he wants that information out there. Working with him was easy. He would drop a beat, I would lay the vocal and in two weeks he would create the funkiest music to accompany the track. It was a refreshing change to the grind of making music with Will. Rob was a musician. Will and I weren’t, so it made life easier for me. I really don’t know if Rob wanted to be associated with me and my style of music so he created the pen name of Bobby Glock. He was a family man and didn’t want the drama of being associated with me. I understood. People would shoot guns at my parents house, make threats, and constantly test me. My cocky and arrogant style of music created that mess. I really didn’t have anyone to blame but myself. Again, I understood.

What’s the first anecdote to spring to your mind when you look back on the recording sessions of your albums?

The makeshift sound booth that Will built for me. We didn’t record music in a real studio. Most of it was in his dad’s basement. That fool bought some styro foamed sheets and sound proofed them with carpet padding. It had a doggy door at the bottom of it. I would crawl through that and stand in there to drop vocals. It was like being in a standing room only coffin. *laughs*

Did you ever shoot any music videos?

Yes. In college we shot a video for “Sellin Narcatta”. My good friend Kimberly Crowder shot and edited it. It’s on a VHS tape. Does anyone know what that is anymore? *laughs* 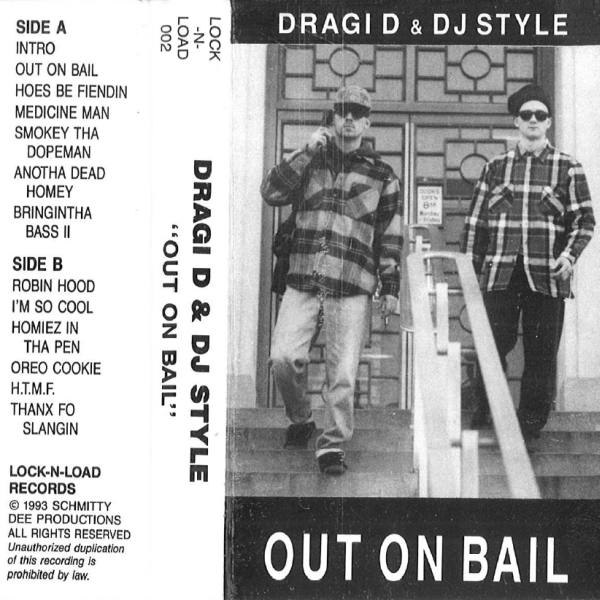 Some years ago I bought a cassette with unreleased Dragi D & DJ Style music from the early 90s. The seller told me that you used to pass them around at parties back then. How many songs did you guys never release?

Oh my God, I have no idea. Hundreds of songs. Songs that I can’t even remember any more. Music for us wasn’t a hobby, it was an obsession.

“Drag Iz Da Name” is the last thing I’ve heard from you. What happened after this album?

What happened was my first son was born. As much as I loved my music, I loved my son even more. I had to get a real job and support a family. It was hard to get moved up at the company I was with. They knew who I was and didn’t want my negative persona to be associated with them. I totally understood that and had to reinvent myself. I left Kansas City in 1996 and relocated to an undisclosed location where nobody knew who I was or what I was about. Sort of like a witness protection program type of thing, minus the FBI drama. I don’t have any other releases since my glory days but I still continue to write music. It’s who I am. It’s who I will always be.

What are you up to nowadays? And are you still friends with Style?

I’m enjoying life like you wouldn’t believe. I am in a very good place emotionally and financially. I’m truly blessed. Like I said earlier, Style and I are still good friends. He doesn’t live in the United States anymore. We communicate through email or phone. I’ll tell him Germany says hello.

Is there anything I forgot to ask?

No, but I have to ask you something. Every once in awhile I will see my CD up for bid on ebay for 300 dollars. What kind of dumb mutherfukker pays 300 bucks for a Dragi D CD? Hahahahaha. Thanks for the interview. This was fun.