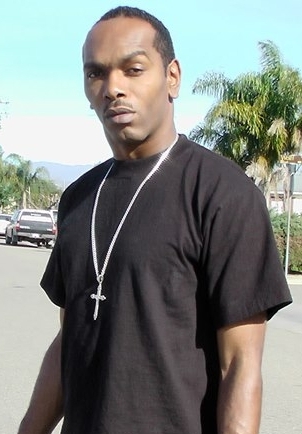 What’s up Hamp, tell me how you met Low Down. Did you live in the same part of town?

What’s up B. I met Keylo aka Low Down Da Sinista through Charlie Mac. I have lived all over Memphis but I was raised in North Memphis. Keylo was raised in South Memphis. Charlie Mac was and is still cool peps. He at the time was a music producer whom I met through a high school friend. Our label Cash Money Profits (CMP) was located in Black Haven, South Memphis.

Were you both newcomers in the music game?

I was a newcomer and meeting Charlie Mac elevated me to the radio stations in Memphis and in the schools throughout the city. Keylo was new, too, as far as people knowing who we were. The day the project hit the streets was a big day for me because I knew that people would then hear my music. So after meeting C Mac my career took off, but the finances weren’t in place.

The album was produced by LaRico D. Nesbitt and James Sartin. Who are these guys?

As far as who produced the “Coming For Your Soul” project… I produced a lot of tracks on that album. I produced at least six tracks on that project. I guess C Mac doesn’t want credit for his gifts that he contributed to the project. Rico, I dont think he produced any track. He was like a money man in the organization.

What about the other artists featured on the album?

Clicka Juice was a well known artist as well super-talented. Dee Dee as well. I didn’t get the opportunity to kick it a lot with Dee and Juice, so I can’t say much about them.  But they are talented individuals.

Who had the idea of using a hockey mask for the cover?

Oh it was Keylos’ idea as far as the mask. But I wasn’t at the photo shoot. At the time I was locked up.

How did you come up with the concept for “My Bible And My Pistol”?

I wrote that song in a time of my life when I was living that very life, detail for detail. I was lost, people were using the mess out of me. I thought I was grown. I was dumb, had dropped out of school, started selling dope and packing heat. That song is still one of my favorites till this day. One night I was reading proverbs and soon as I closed the book, my eyes landed on my gun. In that moment, I asked myself what am I doing, what’s going on? At that moment, I knew that I was conscious of what I was doing and of the consequences I was facing had any episodes go to far. One day Charlie Mac and I were pointing guns at each other. 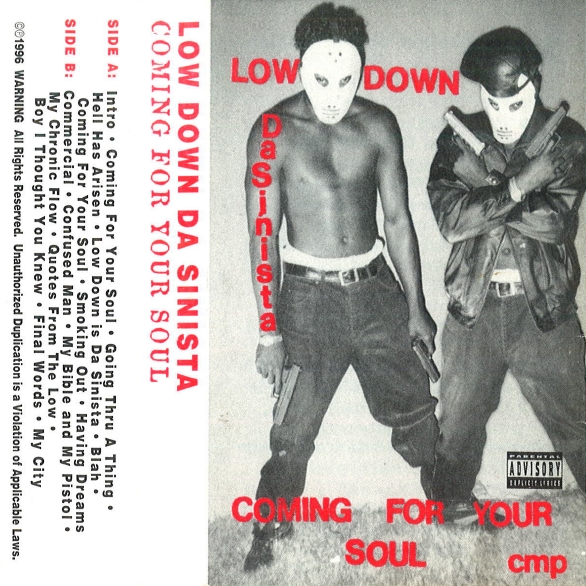 C Mac and I pulled guns on each other because I remember filling out lots of copyright forms, publishing forms and all. My music was on the radio for damn near a year and my family was like “Hamp, where the dollars at?” I saw not one dollar but I know I’ll get mine. Sometimes when producers do artist like that, it still helps the artist. TLC was a perfect example of what I mean.

Your second solo track was called “My City”.

“My City” was inspired by Charlie Mac and my uncle who loved Al Green. I also love my city. Like I said, I’ve lived all over The M! The songs I recorded at CMP were dope, I’ll be reaching out to C Mac to see if I can get my hands on those tracks because right now in Cali it’s going down!

So there’s still unreleased stuff from your CMP days?

After that project C Mac and I continued to record at least two more projects but he has that music. It’s some classic, too. My overall favorite song is a killa. When the world hears it… we shutting it down! CMP will rise again and dethrone the ones at the top, because that’s were we belong and are creepin’! It’s called “Moma”, its got an oldies tune in it that’s gone make you cry and my lyrics are on point. Besides the disagreements we had a good team, but somehow satan stepped in.

When and how did you loose contact to Low Down?

Keylo and I lost contact when I went to jail.

You moved to the west coast sometime later on?

God is real fam, that’s really the answer to the question. A baby can’t eat solid foods. In time, God nurtures the baby and after time the baby can begin to eat. If you could see what’s going on here in Cali, the people’s reactions to my music… God is leading me down that road that I finally asked him to lead me down just not too long ago. I truly know that I am blessed and I love making people dance and making them feel appreciated. Look at Jay-Z, Kanye, E-40, Too $hort, Wayne, Dre… we will all be meeting soon. They are my inspiration but there are many more. Hamptown is my stage name now and I’m going to get my families portion. They need it and I’ll die going to get it. So that lets you know I’m on a mission.

Tell me about your latest projects.

I’m recording a couple of projects and videos right now. 2016 is amazing, all ready and now I’m getting ready to drop on a major level. Let’s go! If someone listens to your music years after you released it, that means so much to me and the peoples reaction to the music today and that, it’s confirming something to me. I know what I asked my Lord for. It hasn’t been easy but I never gave up and will never. It’s go hard or die. For now listen to a few songs @ soundcloud.com/hamptown-2. Thank you family!