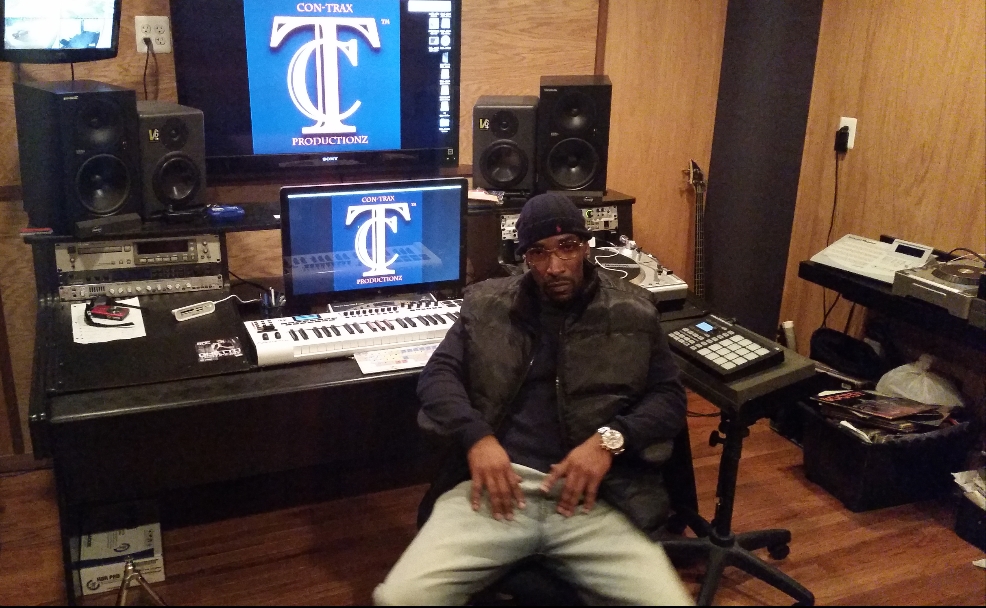 I thought it would be interesting to do a recap of your career accomplishments until today. The first release I know of is the EP “The House That Jack Built” which was released on Nick’s Records in 1991. How do you remember this time and especially the day of the release?

That was a time of great excitement here in the city. We didn’t have any outlets for rap talent back then. We were preparing for the release of the first single and were scheduled to shoot the first video when tragedy struck. The record was never officially released to the public.

Nick’s Records was owned by Tyrone Nickerson, how did you get in touch with him?

I met Tyrone, or Nick as everyone called him, through a high school rap buddy of mine named Twan Carter who knew Nick was looking for talent for his new label. And instead of nominating himself, he thought highly enough of my skills that he came to my house for two weeks straight looking for me. He finally found me and took me to meet Nick’s cousins Mike and Bo who wanted to do something themselves. I rapped for them and they were blown away. They decided that I would be better off hooking up with Nick so they made the introduction. I rapped for him and he was blown away also, so we struck up a deal. Those guys became like family to me. I hooked up with a producer/engineer named Mike E. Clark who later went on to produce for ICP and who worked with Kid Rock and Esham and we recorded the songs that would become the EP. Sad to say Nick never lived to see the records come back from press. He got murdered the weekend we were to shoot the video. R.I.P. Nick.

Do you have any earlier releases? I learned that you recorded your very first demo at Kid Rock’s house…

No earlier releases. But yes, I recorded my very first song in Kid Rock’s bedroom. He used to DJ for my friend Wes Chill who took me out to meet him. He was good. He had a 4 track recorder and two 1200s and a mic. I felt like I was in heaven. His mom was cool as shit. She fed us deli sandwiches and let us do us. Bob could mix and record way back then. Looking back, he was destined to be who he is. I hope he sees this and decides to let me do a verse with him. It would be badass. Hey Bob, I still got skills. Fuck wit ya boi.

How did you get connected with Mike E. Clark afterwards?

I met Mike E. Clark through my friends Rick and Tony from rap group SFD, who used to rap with MC Breed. They took me to one of their sessions and I was hooked. Mike knew how to work an MPC like no one I had ever seen up to that point. He had a real studio and he loves rap and hard beats. He reminded me immediately of Rick Rubin. Most people don’t know, but I gave him the nickname The Funky Honky. Mike’s my man. We had a very good working vibe. I miss working with him to this day. I think if we would have continued we could have made some real noise. He went on to do big things with ICP. Im proud of him. Them too. Detroit rap stand up!

Right after that you got signed to Wrap Records based out of Atlanta.

After Nick got killed I was able to get my hands on the records that came back from press – thanks to Dave Bishop who was the general manager at the label for Nick. Thanks Dave. I took those records and started mailing them out to every record label I could find. I got countless rejection letters until one day, someone said yes. John Abbey at Ichiban Records told me to record six more songs and he would give me a distribution deal. I didn’t have the money to start a label myself and record the songs so I got with Dex Curry and Orlando Colvin at C&C Records, who I met through my good friend Mac-10 who was already signed. I told them what I brought to the table and they agreed to sign me up and we went to work. So thank you Nick, and thank you Dex and Lo. Also thank you to my man Andre Heard who handled all the promotion for the label. We went through years of no contact, but that’s my dude.

“Based Onna True Story” was a very hard album. Did you get favorable reviews?

My debut album was hard ’cause my city was hard. I got a real good response from it. People didn’t really know Detroit had real rappers who could spit. We never got to release the quality of video that could’ve really put my face out there. We shot “House Dat Jack Built” and “A Day In Detroit”. In my opinion they weren’t done correctly though. But we did good enough to get my second single “A Day In Detroit” a mention in Billboard as the Hot Shot single and it got me a national beer commercial with St. Ides. I met everyone I ever wanted to meet and I made a lot of connections. I influenced some really good rappers so im proud of it. People don’t know though that half of the album was re-mixed with different music after I turned in me and Mike’s version due to the label not clearing samples. So half of the album I don’t really go to bat for because the beats don’t match my flow since I rapped em to another beat. But hey, I’m still proud of it. I helped pave the way for Proof and Em. How many people can say that with a straight face?

… that was one of the tracks that got re-mixed. You should have heard the original. It was to Tracy Chapman’s “Fast Car”, it was dope and it made sense. The track they used instead didn’t have the emotional tie in that the first one did. Dope story though. 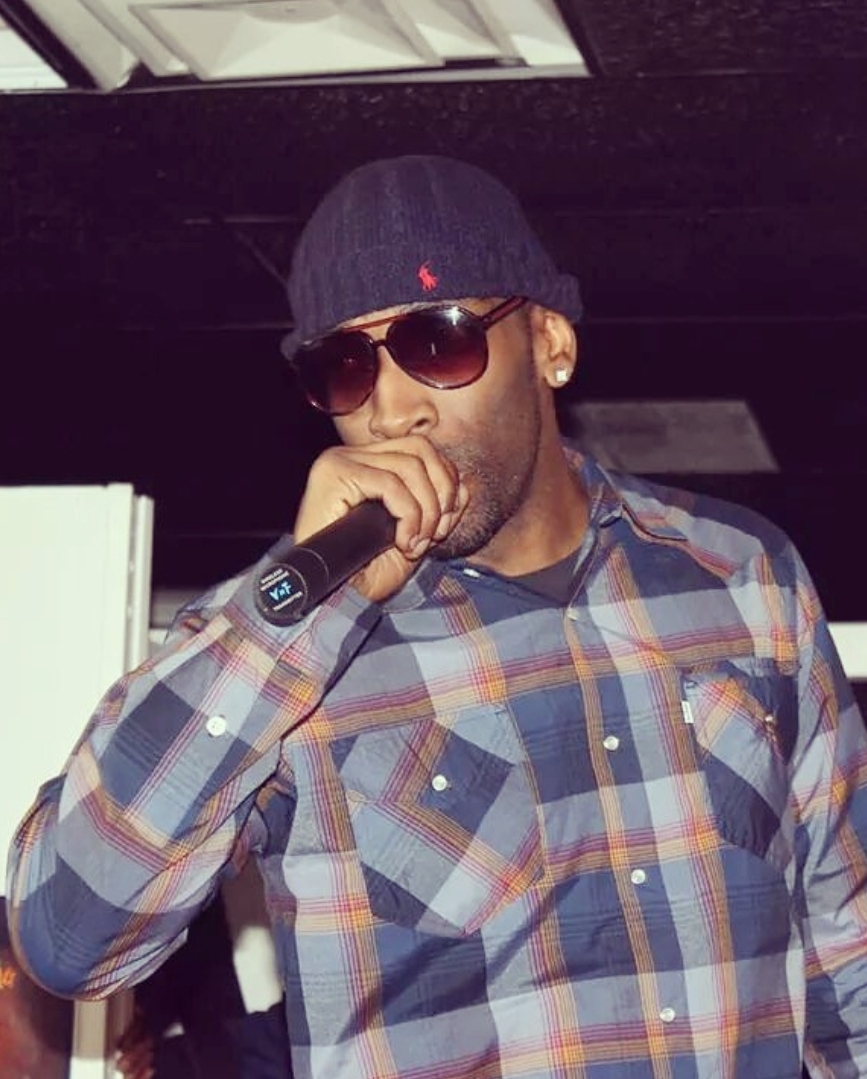 What about “A Day In Detroit”?

“A Day in Detroit” was supposed to be my blow up second single. That’s another cut that they re-mixed after I handed it in. That killed me. The first version I had, the sample was so powerful and it fit perfectly. I was sure it was gonna go platinum. It was that dope. The music they redid it with was ok but was nowhere near as powerful as what me and Mike created. I wasn’t even there for any of the re-mixing of the tracks. Sucks. Major. Y’all were robbed. So was I. Sorry.

And the title track?

“Based Onna True Story” was another one. I used a cold ass guitar riff from, I think, Bob Seger. Me and Mike were like hell yeah, this shit rock hard as fuck!! I shouted my rap because it worked with the loud guitars and heavy drums. Shit, the original was a fucking banger. I hate that you guys were robbed of the chance to hear it as me and Mike intended. Sorry. Label politics. So the versions you guys got to hear isn’t really how I intended. The intensity of my performance doesn’t really match the music they remixed it with. My apologies to the fans. You guys were robbed. I’m way doper than what you heard.

I was always wondering about B.A.N.M.E. – who was in that crew?

B.A.N.M.E. was just basically my friends I grew up with. I wanted to take them with me if I blew up. They weren’t really music dudes. Pooh Da Drunk was my DJ I first started rapping with. Chiko was my one of my best friends, rest in peace. Blast was our boy we grew up with. Road Dog is my cousin. Steel, Ray Montana. Big Joe was my other best friend, R.I.P. Honorable mention to Wadu and Rell, both took turns doing cuts on the album. The first line-up wasn’t really musically inclined and by the time I went back in to record the new record they had been replaced by two more of my friends: D-Dawg and DJ Sabotage. We all fam tho. I still see everyone from time to time. We’re all childhood friends. Like family. Me and D stay in touch the most tho. That’s my dog. Sabotage is in Atlanta making music. We recorded together last year. Still dope.

Why didn’t you drop another album immediately afterwards? 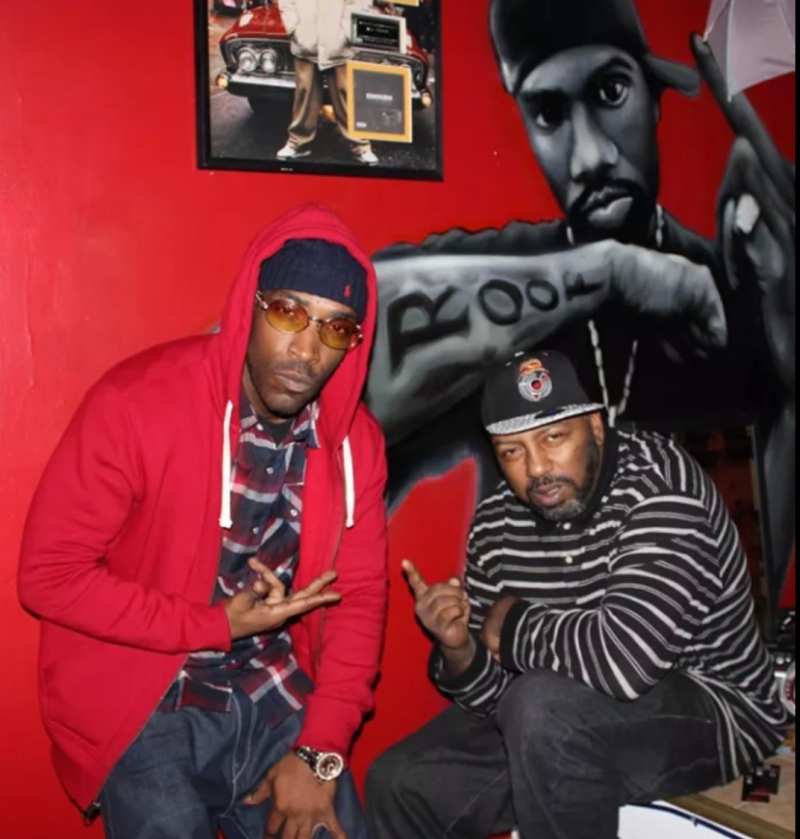 I stopped recording for the label after I saw that I wasn’t really being taken care of like I wanted when we were out on the road. They would buy themselves outfits for the show and I would be piecing together stuff to go on stage in. I didn’t like that. I was meeting more and more people and learning how this game works. I decided to start my own thing and stopped recording with the label.

Wes Chill told me that he is disappointed about the fact that artists like Proof or Kid Rock failed to pull other locals up when they had the chance to. What’s your point of view on this?

I kind of agree. I don’t really wanna go to far into it cause it’s not their “job” to help us. But considering that we all did come up together, you’d think the lane would be a little more open for us who helped them pave it. But hey, they pulled in who they wanted to. No love lost. Maybe they thought I was wack. Who knows. Every time I’d bump into either of them it was all love so I aint tripping. I’m proud of my childhood buddies.

You told me that you’re recording new music these days. What do we have to look out for?

I got some dope ass new music. I never really stopped doing it. I just stopped releasing it. I built a top notch recording studio back in the early 2000s and everyone use to fall through. I recorded a group album with my side group MO Boiz. It was dope. I got some heat right now. I promised my best friend Big Joe King before he died that I would make another one so get ready. This one sounds like I intended. Bangers!!! First single and video is “Duck, Duck, Noose”, it’s dope as hell! If I must say so myself. I’m releasing it myself on my own label.

‹ Black Hoodz – Tales From The Crib