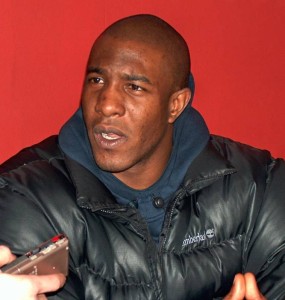 Thanks for taking the time to answer these questions. Can you introduce yourself first?

Nah, this is like my second time actually. I like Europe a lot. There are a lot of similarities to the States but there are also differences. It’s not that much different, but it’s different, I’m just trying to adapt to every situation which I’m in. The Hip Hop scene is pretty much the same, all about underground hip hop, that’s why I’m here right now.

I don’t want to talk about this topic that much, but everyone has an opinion, and I want to hear yours: Why did you break up with Jedi Mind Tricks?

It’s was just like alot of misunderstandings and miscommunication, we didn’t talk too much, and then I deciced that I had to leave. I don’t know if you already heard it, but we kinda like talked things out and we decided that it’s cool to do music together.

And what can we expect form this reunion, can we hear another album?

Yeah, we’re shootin for another album which will come out in 2006. It’s concrete, it’s definetely coming out.

When Jedi Mind Tricks released their first album, they only consisted of Stoupe and Vinne Paz… How did you connect for Violent By Design?

Yeah that’s right. People really don’t know this, but I’ve known those guys since I was 14, like when we recorded back then. Songs you probably even heard now. I did my thing, I went to college, I came home and then we recorded Violent By Design. But we wasn’t called Jedi Mind Tricks back then. We was called Soulcraft.

Did you release anything under this name?

Just demos… I mean, I wouldn’t call it demos because it wasn’t like we were doing it professional. We were just kids who made music, for the love of making music.

Your new album “All Fates Have Changed” is about to be released in a few weeks… What can we expect from this piece?

It’s all produced by Agallah, the Don Bishop, you know what I’m sayin. He’s from Purple City. We met that day in NY. It was something the label hooked up. I went into the studio and he played me some beats and I really respected what he was doing. So I decided to stick with him on the whole album. It’s pretty much just raw tracks, raw beats, raw lyrics, raw hooks. Just keep it simple. 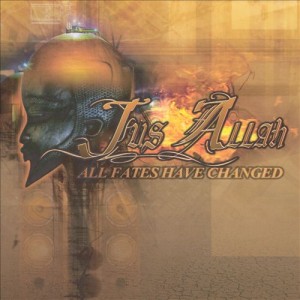 Speaking of Purple City: could you imagine to collaborate with them?

Don’t you think that it’s to risky to have your album produced by only one person?

I mean I’m really feelin the beats, so I think it’s not that much of a risk. You take a risk by anything you do. I take a while to pick beats. So I dont think that I’m gonna like rush it.

What do you expect concerning the record sales?

Ahh, I don’t want to talk about sales (laughs). It is was it is, you know? I do it cause I think there is a void. I don’t do it because I’m trying to get a quick buck. If that would be the case, I would put out a album every year or every couple of months. It’s more about keeping the music fresh.

Will you be featured on any other albums or will you collaborating with other mc’s in the further future?

Not as now. GZA is featured on my album, Lord Jamar, Agallah is on one track. When I’m doing my solo work I don’t try to rely to many on guests. The guests who are on my album right now is something what my label hooked up. It’s not like I knew them from previous times or anything like that. When you create music, it’s real personal, so it’s better if I just do it myself.

Do you think its easier to step up in the rap game as a member of a crew or as a solo artist?

I think beeing a solo artist is, you have to do different things. It’s alot easier and alot harder at some points. I prefer making good music, it doesn’t matter whether I’m solo or in a group.

Will you participate at the Army Of Pharaohs project in any form?

I wasn’t gonna be on that just because we wanna save the whole Jedi Mind Tricks reunion thing for the complete album which is coming out in 2006. 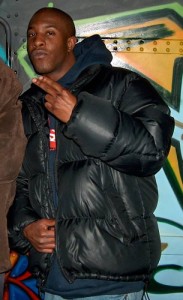 Why did you leave Omnipotent Records? What about your connection to Virtuoso right now?

I wasn’t happy with the quality of the music we was producing. The people who run Omnipotent are really unorganized. It’s a label, but the label I’m on now are running things alot better. It’s alot more professional. But I have no beef with Virtuoso, we’re still cool.

What happended to your intended album “Message to the Black Man”, which was due to be released on Omnipotent Records? Are you planning to release some of those old tracks or are the rights kept by Omnipotent?

That was back in the days. I wanted to record an album, but at the same time it wouldn’t have been as professional as I wanted it to be. I couldn’t find any good beats. I just didn’t want to record a sloppy album just to put out an album. I recorded maybe 3 or 4 songs. One of them was “Chesskings” which was on the “Era Of The Titans” CD. But they probably won’t be released. I wanna keep the material new. I don’t want to put out anything that’s old now.

Your 12″ “White Nightmare” was produced by Mr. Burns and Zach Johnson… I think it was some well done stuff. Will there ever be any new material in collaboration whith these guys?

I read alot on the internet message boards and so on, and people called you a racist. What do you say about that?

Yeah, man. I probably said some things that I shouldn’t have. But if you meet me in person you know that I’m not really like that. Those were things said in the heat of the moment or maybe it’s just like a show or something. I really felt that way one time in life and it was because everything I was going through at that time. I’m more on some universal stuff now. It doesn’t matter what color you are. Music has no color. When people hear my voice, I don’t know if they can tell if I’m black or not. It doesn’t even matter. That’s the message that I’m sayin and what’s it all about.

What’s your message, do you have a certain philosophy of life?

Where do you take your ideas from? Can you recommend any good books or movies?

I just try to keep an open mind about everything. It’s not like I search for one particular brand of anything. I just kind of do what I feel.

You hail from South Jersey.. could you give us a little inside in the underground scene over there? Are there any upcoming talents we have to look out for?

There isn’t really a underground scene. I’m five minutes away from Philly, so the scene is over there. There are groups like Outerspace, Chief Kamachi, Juju Mob, and of course Jedi Mind Tricks. Philly has a lot of talent that you probably never even hear. People who just do it, just to do it, not even to put out records. That city inspires me alot. When I was younger I met the Roots over there, they probably don’t remember. I was real young. Just seeing them perform live, that inspired me to do alot of shit I do now.

Okay, any important things to say at the end if this interview?

Let me see what’s up to Snowgoons, DJ Illegal, Lupus, and to my boy Demind. Thank you for the opportunity to do this interview.