First of all, introduce yourself to the readers, please.

Well, my name is Shane, I am a crip walkin’, drug sellin’ pimp that builds sex toys like there was no tommorow, I slang em’ at the Berryesa flea market to other crip walkin’ hustlas like my self for a real low price.

When did you start to listen to rap-music and when did you decide to make music yourself?

I first got into hip hop around 88′ too short got me hooked, my homeboy Larry from around the corner let me hear born to mack, that was all it took. The first beat I made was in 2000 probably, I was just doing it fuckin’ around at my homies house, around 2003 I started to take it seriously. Woop there it is… 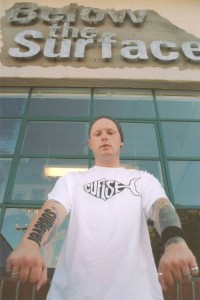 What was your reason to start making beats and what’s your biggest motivation or inspiration to keep doing it?

Well, realistically, I think that I started to make beats because I was way into graffiti before hand, that led me to nowhere but jail. Making beats helps me stay out of trouble, it is the best form of personal gratification. When I started to make beats, I was terrible, thought no body would ever even trip off of me, now a few years later, I stay motivated because I realize that people really are listening, I never would have thought, that is huge for me!! If I can have 1 out of 100 people bump my shit, dig it, I am doing something right!!! hahahaha

What was the first record that you’ve purchased in your life?

The first record I ever bought was probably Eazy E “Eazy Duz It” 12″; that was a banger!! I still own that original copy!!

Which equipment do you use to make your beats?

What influences you when you are making a beat and in which situation do you get the best ideas for a dope beat?

Depends on my mood, most of the time, I like the dark slow stuff, occasionally, I will be feeling some up-tempo heat but it all depends on the mood. Ideas are all in the samples, I use alot of odd records to sample from so if I hear something hot, I will be like “that’s the one!! This beat is gonna be it!!” I am influenced by dope samples. Straight up.

What should the perfect beat sound like in your opinion? What is important for a dope beat?

Well, I think that if it is a beat that will be rapped on, then I think the beat should let the MC shine, of course, a simple loop (catchy of course), some sounds sprinkled here and there, some really hard drums!! Change ups are good to!! There are so many amazing producers out there, I think there are many different ways to do it!! I like simple stuff. Hard stuff.

I’ve noticed that the beat patterns and the rhythm are always particulary clear-cut in your beats. Is that right? Is a striking rhythm more important for you than a catchy sample?

Yeah, I want people to say, damn there’s another Kegs beat!! The new stuff I have been making as of late is alot different, I like to keep my stuff clear cut, to the point. I appreciate the samples as well, but I think rhythm is way important. For sure. I think that the rhythm, the sample are just as equal. 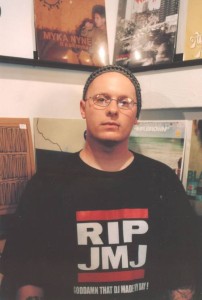 How’s your Sofarwest store going? Are you satisfied with the sales?

Sofarwest is the new shit for me! I love doing it, since I’ve closed the actual store front, it has opened up so many more doors for me, it’s time to get stuff going!! I am satisfied for sure, I feel blessed every day!!

Are there many european and japanese customers?

Europe and Japan are the number one supporters of what I do!! I have more customers in Europe, Japan than all of the U.S. I couldn’t ask for more.

You’ve once mentioned that “R.I.P.” by Brotha Lynch Hung is one of your favorite tracks ever. Do you still listen to much of that kind of rap? Are you still feeling it?

I think Hung is real dope!! I appreciate all the early gangster stuff!! Mac Dre, Too Short, C-Bo, Cellski, MC Twist, I.M.P, Cougnut, GLP… I love all of that stuff, I grew up listening to it, I still bump it all!!

What’s your opinion about the Bay Area underground rap scene at the moment? Who are your favorite artists from that region?

There is a rap seen here? I had no idea!! Hahahah I like Dave dub, Maleko, Spex, Kaer, Persevere, Zest The Smoker, Bored Stiff, Disflex 6, Zman, I like alot of the old Bay Area stuff too, like Charizma, The Dereliks, Cyto-P, Twisted Mind Kids, Mixed Practice, The Homeliss Derelix, there are many!!

Who are the five dopest producers in your opinion (except yourself)?

Well I don’t like my music at all so that’s an easy one!! Haha… N8 The Gr8, Henboogie, Spex, J Groove (from Hobo Junction), and I like MF Dooms beats alot.

What are your future plans? What can your listeners expect from you next?

I am working on alot of stuff with music right now, a 7″ with Mr. Skurge, some songs with Blame One, an E.P. with Kaer, alot of beats for scattered projects. So stay tuned!! Kegs One, Nga Fsh and Ellay Khule european tour 2004!!

Here is the place for some shout outs or fuck yous…