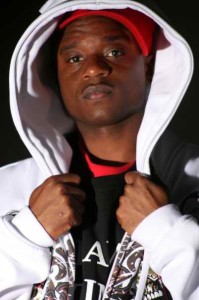 First of all… who is Lord Cyrus?

Lord Cyrus is a person that wants to bring out real Hip Hop music. I want to take it back to the basics, back to the time when Hip Hop wasn’t watered down, when it had the basic Boom Bap sound and I just try to keep it as positive as I can.

Where are your from?

I recently read that Baltimore would be one of the most dangerous cities in the U.S. How’s life over there?

It’s crazy there man! It was bad when I was livin at home. I go home all the time and its like its gettin worse all the time.

Is this the reason why you moved?

No, I’m servin in the army.

So let’s talk about Hip Hop. When did you start rappin and did you have any influences?

I started a long time ago, in the mid 80’s. I was influenced by mostly local people who made me really wanna do it, they made me see that you can get out there and do it like anybody else. At that time New York was big with Hip Hop. I listened to Kool G Rap, Rakim, KRS One, Masta Ace, the whole Juice Crew basically. Back then when I was coming up, Juice Crew was it!

What have you released yet besides “Diamonds R 4ever”? Any older releases?

In ’94 I had my first 12″ out, it was called “Swinging Tight”. It was back with a song called “Nasty Ass” and a song called “Hip Hop Stylee”, a Raggae-flavoured song. At that time I was part of “Infinite Descreption” but that group doesn’t exist anymore. After that 12″ I did the “Hearts Of Diamonds” 12″-EP with Songs called “Expressionz”, “Insane Asylum”, “B-More City”, “Dear Diary”. You can still buy it at undergroundhiphop.com.

Your current release is called “Diamonds R 4ever”. Could you please give me some information on this album?

When I first started on the album it was supposed to be a solo album but I wanted it to reach a little further cause I wasnt known that much so I tried to get other underground acts that are a bit bigger than me on there. So basically “Diamonds R 4ever” has all kind of talent from all over the world on it. I got Boba Fatt from Amsterdam on it, Art The Beat Doctor from Holland, Craig Rip, Matic & Skavenjah from Canada, MF Grimm, Cadence from Raw Produce, Braille & Muneshine from Lightheaded, Quite Nyce, two guys from Baltimore (Face The Arkitek & Royal Flush).

And you dedicated it to your daughter? How’s she doin?

Yes this is for my daughter. We gettin ready for her to do this last surgery, she got one more to complete her surgeries and we just waiting for her to get her weight up. She doin pretty good.

How has the response to the album been yet?

I really haven’t got any bad feedback off the album, all the feedback were pretty good, people mainly tell me what songs they like off the album, but nobody said it’s terrible (laughs). 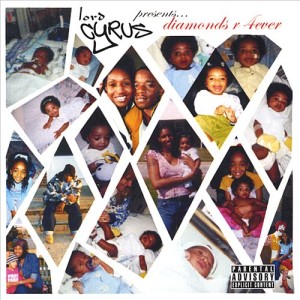 My favourite song on the album is “Diamonds R 4 Ever”, the title-track. Which song do you feel the most?

I would say “Diamonds R 4 Ever” and “Dreams”, just because they are real, you know. All the songs are real on there, but these are the ones that go to my heart.

You dedicated one song to Craig Rip, is he your DJ?

Yeah, that’s my DJ and producer. He’s from Canada. We get other producers to do stuff, but he does always a majority of the production, most of the twelve inches.

Will you ever produce anything on your own or did you even make some beats yet?

Well, I produced the song on my first 12″ called “HipHop Stylee”, that was my first 12″. But I haven’t done any other production yet, but I’m working on doing some in the future. I’m trying to get what I need to get that growing.

You got MF Grimm, Braille and other Day-By-Day Artists on your album – how did you all come together?

I had send in material to DJ Fisher. I had to send that in because I was trying to get management and then he told me that they were more trying to be a label, you know, I guess they were transforming into a label at that time. And I was just going to the website and stuff. That’s how that all went together.

Are there any other artists in your area that are ready to blow up? You already mentioned two guys, are there any more?

Oh, it’s crazy talent in Baltimore: Third Kind, they got a 12″ coming out, I did a song on that, and Undefined from Priceless, he’s on there, too. I got Great Mindz coming out of Baltimore, Arcane, they’re from New Jersey but are making their name in Baltimore, they are living in Baltimore.

What’s in heavy rotation in your stereo these days?

I listen to everything, but in heavy rotation right know – I would say “The Black Album”. I’ve been listening to that alot.

Are you sad that Jay-Z ends his career now?

Yeah, I think that’s sad. I think Jay-Z, he’s like a artist, man, he does well on the underground and mainstream. He balances it out good. Alot of people say that he’s wack now and all of that but Jay-Z is nice, man. I think he’s one of the best. He changed alot. I think for the better, because he’s more well-rounded now, he’s not quite stuck on one topic. He can talk about everything. So I respect Jay-Z, I respect what he has done for the art. And he never sold out to me, I never thought Jay-Z sold out, ’cause the same stuff he’s doing now he did when he came out. He’s still doing real music to me.

Mostly Hip Hop, I would say. I listen to a little rock. I like Linkin Park, I like Papa Roach, P.O.D. is alright, System Of A Down. That’s about it.

You told me that Jay-Z still keeps it real to you. What are your thoughts on Hip Hop these days, Hip Hop in general?

Hip Hop to me is in a state of emergency right now. Even Underground Hip Hop has become political now. There was a time, you know, if you wanted to hear real music, you could go to the underground. But now it has become full of games and who-knows-who instead about the music. There’s not one mainstream artist I like besides Jay-Z. 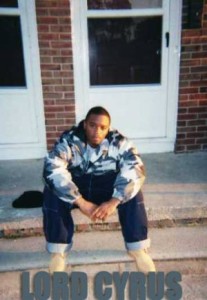 I would say not one young mainstream artist. All the kids that’s coming up now aren’t really that talented.

And who’s the most terrible?

What’s so horrible about him?

I just don’t like his style. I don’t like his rhymes, he’s not talking about nothing. I hate the tracks he uses. Yeah, I think he’s horrible. But that’s just my opinion.

Since Chingy hails from St. Louis – can’t you stand him because he raps the ‘New South’?

Not at all man. I like Shy-D, 2 Live Crew, Raheem, D.O.C. … D.O.C., he’s from Texas even though people think he’s from LA. He’s from Texas. The south’s been around. The artists that’re from there never spoke on that they were from the south, until now. But they have been around. But I like some of the stuff. I like Prophetix, Nappy Roots from Kentucky, they’re one of the few. I mean, there are good groups out there in the south. I don’t like all the bounce-music all that much but some of this is alright, it’s listenable. I wouldn’t buy it but its listenable.

Back to your music: where can we buy your album or find some information about you and your work?

You can find some information on my website. The CD is also on cdbaby.com, ughh.com, Day By Day. Day-By-Day is also supposed to put out my album, it’s called “Nocphobia”

We got a gang of songs recorded, we’re still recording. We gon’ keep trying to get, you know, better material.

What about the guest appearances?

Right now, I don’t know what’s going on there. I’m not sure which songs they’re using on there, but I got a collabo with Figarex One, he’s somebody Muneshine is working with. I got a collaboration with Quite Nyce. Matter of fact I got a new 12 Inch, it’s going to be a split 12″ I got coming out with songs by Timmy Grands and Arcane and I’ma have another song on there. That’s gonna be on the 12″ coming out pretty soon. Yes, we’re using that on the album, that’s gonna be on the album for sure.

When will the album hit the streets?

When Day-By-Day put it in stores it will be there. Hopefully next year. I’m not sure, hopefully. Look, Quite Nyce is been waiting around for a while for his album to drop. You never know what’s gonna happen.

It’s good to hear that you’re already recording new songs. Since you’re in the army I just wondered if you would ever come out with something new…

Do you have any other plans, besides music?

Right now, I’m in school also, just trying to get my life in order, get a degree…

That’s definately cool. I ain’t got no more questions, so let’s just do some word association at the end…

Do you have any last words and shoutouts?

Yeah I want to give a shout out to my family, my wife, my daughter. To the whole Day-By-Day-Staff, Grimm, DJ Fisher, everybody that helped out on my compilation album: Skavenjah, Craig Rip, Face The Arkitek, Muneshine, Cadence. I wanna give a shoutout to Third Kind, Arcane, Great Mindz – and oh, I forgot about my Harling Crew, I can’t forget them, Art The Beatdoctor, King Verse, DJ Boba Fatt, DJ P-Fonk, Kirk State for the video on the show, that’s about it…

Ok cool, thank you for taking the time!