I’d say round the age of 8. I remember my first rap. It was with my cousin. We were spending the summer at my grandmothers house. She would listen and praise us even though I knew she cared nothing for the music. Thats how much she loved us. 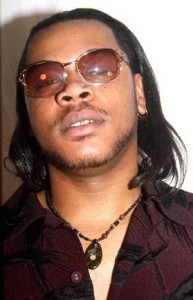 Did you also produce tracks back then? If yes, which equipment did you use?

Shiet we beat on the walls and beep-boxed. LOL I eventually moved up to a CASIO keyboard, which was NO BETTER. But hell it was a start. I was ambitious.

Which Equipment do you prefer nowadays working with?

I use alot of software like Fl Studio. Just for sequencing purposes. I still have my Korg X3 and Trition for the punch and sounds.

What do you think is the best equipment for somebody to start with?

Well, the best you can afford really. Diffterent people have different tastes. Me I prefer Using External devices.

What do you think is the most important aspect for somebody who wanna come up in the rap biz?

Saving money and getting only what you need. Dont be fooled into scams of what PEOPLE can do for you. Get it your self. But never be afraid to INVEST into your self either.

Whats your alltime favourite Rap CD/Tape and why?

N.W.A. Niggas for Life. Why? WHY NOT? Them niggas opened the world I needed to get in.

How did you come up with the name Mr.Sche? Does it have a special meaning?

It stood for something rather evil back then. Ill never repeat it. I wasnt myself at one point in time. Now, it is who I am.

Is there any rapper out there that you would like to collab with?

What have you been bumpin lately?

Lotta R & B. Older rap cds. I have some new ones as well.

Do you listen to your own music?

All the time. I’m my favorite rapper. 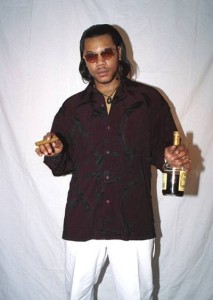 How did you hook up with DJ Paul back in the days?

Bimbo apartments (BHZ). That was a long time ago. He use to come through in the chevy. I was a yung nigga then.

From all the projects you put out including all your underground shit, which one do you consider your best?

THE ONLY LIFE I KNOW

Whats your main market besides Memphis?

I’ve always been a southern artist, but latly my stats been climbing up north. My versatility is shining. I plan to spread the world.

Whats your favourite movie and why?

SUPAFLY. I like his whole image. Ol school pimpin’ and hustlin. Thats me.

You have worked wit Jae-Jo from Germany, how did that collabo come together?

He hit me up. It surfaced from there. He’s a good guy. Does nice graphics as well.

How did you link up with K-Rino of the South Park Coalition?

I’ve talked to Rino several time on AIM. He’s a cool ass guy. Hope to work with em more in the future.

Describe your impressions about him and how it went down in the studio!

DEEP. That sums it up.

Is there any rapper that you look up to?

Hmmmm……I’ll get back to you on that one.

Tell us something about your click Immortal Lowlife, who’s all in it?

Quicksta, N-Sane, Pimpminista, Blue Boy. All very talanted guys. Started out with way more, but you know how it is. Niggas X them selves out eventually. Just leaves more room for the true supporters. 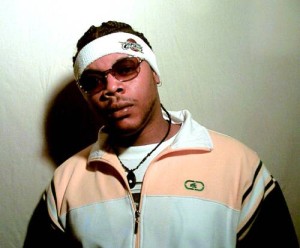 How do you start off a typical Mr.Sche day? Whats the first thing you do when you get up?

Well, I usually get my self together, then I head for my home office and check all my messages. Then I just sit down and usually map out my day. Every other day I usually get up and job to keep me motivated. I’m not into the drugs and drinking like I use to be. I’m about business. I try to pace myself on a 9-5 basis, so I won’t burn myself out. I use to stay in the office all day. That’s not healthy at all. But I was just eager to accomplish things. God has blessed me to have great abilities. It definitly gets greater later.

Whats coming next from you and Immortal Lowlife?

Lotta videos, Albums, and a new T.V. Show we putting together. SupaStar will be my next solo. It’s planned to be a double.

Are you still in contact with Boss Bitch? And will there be another Mr.Sche/Boss Bitch collabo album?

No I don’t associate with her anymore, but I do have projects unreleased in which she is featured.

Have you heard something about Tommy Wright III lately?

Nothing. Only rumors. He is alive, I know that much.

What about the Mr.Sche/Al Kapone album, can you give us a release date? And who’s gonna be featured?

Late Jan 2005. It was scheduled for this year, but we needed more time to promote. 2 months isn’t enough for any project. Features incluse M-Child, K-9, Nasty Nardo, Immortal Lowlife. Most of the songs are just me and Kapone.

Any last words for the people out there who read this ?

STAY REAL. SUPPORT ME. IMMA LAY SOME BUMP FOR YOU. It don’t get no better than that.