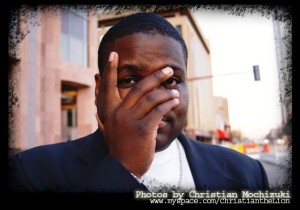 You recently moved from Philadelphia to Phoenix – what was the crucial factor for this decision?

Wow, I can’t really say that there was a crucial factor; I think it was my inner desire to see something new, to traverse new land, meet new people and try new things. I thought my creativity was stifled. The scene was beginning to get stale: I mean every week it was the same 3 cats performing at the same venue. No one was doing anything new or noteworthy musically, and it was rubbing off on me. Moving to a new place meant starting over, but I welcomed the challenge. It took a while, and a lot of sacrifices, but it’s finally paying off. I took a great teaching job here and I love the kids and the challenges every day. Though I miss Philly a lot and it’s hot as the devil’s armpits here, I dont regret the move at all.

Will you be able to keep up your connections within the Philly rapscene?

I have been able to. I stay prety current by speaking to a lot of artists, reading the blogs and websites. It’s natural for folks to develop an ‘out of sight, out of mind’ thing for guys who leave town, but I’ve been fortunate to still stay up with folks. A few Philly sites and journalists have previewed my album, so that’s a good look.

Let’s come to your latest album “Patches And Glue” – first of all, could you just drop some words about the title and artwork?

Sure. Patches and Glue is a tribute to my younger days on the block. We all had bikes, and if the tire ever went flat, you needed patches and glue from the corner store in order to keep you moving. So this album showcases and pays tribute to all the things that have kept me moving. The artwork was done by Chris Bantum of Blue Robin Designs (big up!) and it’s pretty simple. It’s a tire, with a microphone replacing the air nozzle. Symbolism is very important in helping convey what I wanted to get across. The microphone is what allows me to fill up, but is also what allows me to release. Getting on stages and performing, writing music, I feel, is what keeps me alive. I had a friend ask me about getting free laser eye surgery, and we both agreed that if something went wrong and I couldn’t read or write, I’d probably blow my brains out.

Why did you keep it this short this time?

I think the only knock on my last album “The Call” to me is that it’s too long. I just wanted to hit em and be out. I love my album and still think its a classic to this day as is, but I had a lot to say, so I said it. I’m a firm believer in saying what’s on your mind. I said what I wanted to say in 9 tracks, who knows, next time it might be 2. *laughs* Also I wanted to offer the new album at a special price, just for the fans. Anyone who heard “The Call” and “Mega Ran” are pretty much guaranteed to have, and like “Patches.”

For the ones that haven’t heard it yet: what do you rap about?

Money, hoes nd ice… but not in that order. *laughs* Nah, but it’s pretty much a humorously themed album for the most part. It’s uplifiting, funny, introspective, a little political, all Random. Since it’s short, I can break it down: reaching your dreams, regrets, fake and wack MCs, looking for love in all the wrong places, knuckleheads on the block, making tough choices, having a good time, being a passenger on an airplane, moments away from a gruesome death….and so on. 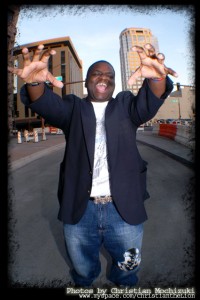 How did you come up with the idea of this great final cut “Electric Remixation” with DN³ and 88-Keys?

I had been a big fan of 88-Keys ever since the Blackstar album. He’s worked with some people that I’d be happy to even be mentioned in the same breath as when it’s all over: Kweli, Mos Def, Musiq Soulchild, even Kanye West. His new album (“The Death Of Adam”, coming soon) is all about girls and their hold on men. So when I wrote a song about online dating missteps, I figured who else to get but 88? The original “Inbox” was pretty popular, so I decided to remix it, but not just any remix: this remix would re-flip my favorite beat ever, A Tribe Called Quest’s “Electric Relaxation”. Now it’s been done before, so we decided to use 8-bit samples, since I was fresh off of the “Mega Ran” album, and still in a nostalgic mode. DN3 hooked it up, I hit up 88, he was down, and the rest is history. A really fun track, hopefully you’ll hear more from Ran and 88 in the future.

I missed the big named guest artists this time – will you bring them back next time?

Yes, they will. I wanted this album to be more about me than the other artists, so I left those features off for now. The only problem with getting a bunch of features – no, actually there’s several problems with it- they can’t always tour with you, so you’re left to perform the song without them, you’re on their time schedule and not your own, and people tend to forget who’s album it is. The first question people ask when
you tell them about someone’s album is, “Who’s on it?” on a personal album like this one, I wanted to stay true to the theme. How can I keep reflect on the block if I bring folks who weren’t on the block with me? Folks will be happy to know that the next album, “The 8th Day” will feature some of my favorites, LMNO of The Visionaries, Naledge of Kids in the Hall, Reef the Lost Cauze and more. Look for more details on that in the coming months.

You also released another project under your alter ego Mega Ran – what’s this all about?

I’m a theme kinda guy. I’m all about spur-of the moment music, but I really like a well thought out and calculated approach to building an album, not just a collection of songs. I was a huge fan of the Mega Man videogames on the NES, and I was on a website one day listening to the tunes. I suddenly got so overwhelmed with the nostalgia, the idea hit me for an entirely Mega Man themed album. It started as something to do between projects, but I really got excited about it and the people around me, even producers, from DN³ to Domingo to Samik, were really supportive and helped make this a big project. Capcom, the guys who made the game, in addition to Resident Evil and Street Fighter, eventually contacted me and were very supportive of the album, even inviting me to Cali to perform at Comic Con. We’re in the process of hammering out details on a full-on licensing deal for the project. I hope this is only the beginning of some really big things. If they can get me to Japan, it’s officially a rap. I’m already working on my Japanese now. 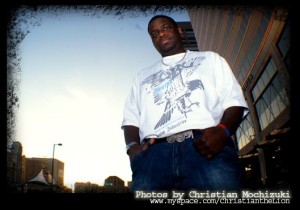 What can we expect next from you?

I’m setting up the Summer tour dates, working on about 3 albums at once, so here’s a little look inside: I’m creating this “8th Day” album, which will be an 8-track album releasing on August 8, 2008 (8.8.08) centering on the theme of the number 8, which is the number of new beginnings. Working on another videogame theme project called “Forever Famicom” with producer K-Murdock of Panacea, a short Marvin Gaye Tribute
album called “Thanks, Marvin,” and a mixtape. 2009 should be extremely busy, but I wouldn’t have it any other way.

Have you ever thought about doing a collabo album with another artist from RAHM Nation Recordings?

I’d love to. We’re all just so spread out right now, I really don’t see it happening. We’re all doing our things right now, and I do believe a joint project would completely blow the game away, but we all create so differently, so I believe we’d have to be closer in proximity to make that work. Plus we’re all like best friends, so we’d probably spend so much time in the studio clowning each other and having fun that we wouldn’t get any work done.

Fans of free music can get my Marvin Gaye tribute tracks at http://randomsblogs.blogspot.com and listen to our weekly podcast at http://rahmradio.mypodcast.com; do some googling to get my videogame mash-up mixtape “American Gamer.” Thanks to ugrap.de for the opportunity, and to the fans for reading and supporting. Peace!