Trigga, how did you end up in Alaska in the first place? What can you tell me about  your Mississippi ties?

I moved to Alaska with my family when I was a kid. I was born in Mississippi and continued to visit family there even after I moved. I currently reside in Mississippi.

How’s everyday life up in Alaska in general?

Nothing at all like what you see in TV shows. Besides it being cold, it’s definitely cold. 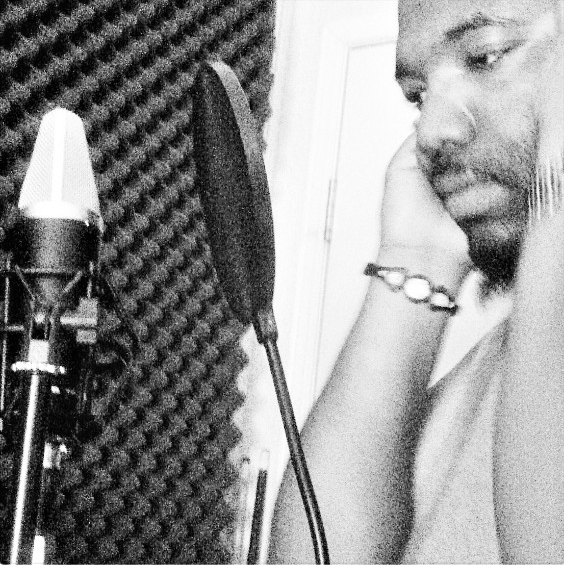 Trigga in the studio

At what age did you start to rap and who were your main influences?

I was about 15 when my cousin Tyrone and his group “Young Gangstaz” did their tape and that was what made me want to rap. Some famous influences I looked up to were Mystikal, Twista and Do or Die, just to name a few. My style just came from riding the beat.

How did the rap scene in Anchorage look like when you first entered the game?

It was real small, nothing like what it is now. Now it seems like everyone wants to be a rapper, but not everyone was meant to be one, ya know. When I first hit the scene in Anchorage, I was working with Joker The Bailbondsman and at that time we were one of just a handful of rappers in the area.

If I got it right, you started out as a member of the Hustlaz, a local crew running with Joker The Bailbondsman. How did you become a part of the project?

A partner of mine, Lokal Star, called me and said he was about to rap something for Joker. He called them on three-way and Lokal rapped for him and afterwards they were talking and I laughed about something that was said. Joker asked who else was on the phone and then he asked if I rapped and I told him “a little bit”. He asked me to rap and I did. Joker is the one that taught me about the importance of writing down my lyrics, before that I just memorized my words. The rest is history.

Speaking of Joker, who’s considered to be one of the first rappers from Alaska… Who were the first Alaskan rappers you learned about and what do you remember about the beginnings of rap in Alaska?

The first ones I remember hearing about were Joker, Baby J and Kenai The Hustla’. In the beginning, everybody that did music got along. We were able to record and perform together without any bull or “beef” interrupting the music. It’s not like that now, the music scene is so overrun with people that there’s always something getting in the way of the music.

Are there any forgotten Alaskan local releases you’d recommend to have an eye out for?

Not any that I can think of right now. Most everyone that deserved recognition has put in the work to get it.

How did you meet Critical and Bo-Low and got signed to Him Vill Records?

I’ve known Bo-Low aka Streets since we were teenagers. He was real close to one of my uncles growing up. I met Critical in the 5th Avenue Mall in Anchorage one day. He just walked up to me and asked if I was Trigga. Him Vill Records was Bo-Low/Street’s label. We were all just real close then and everyone brought something to the table. Critical produced and made beats. Me, Bo-Low/Streets, Mann, Nutz, Flex and a few others were rapping. It just worked for us at that time but I was never signed to Him Vill, it was just a loyalty thing. 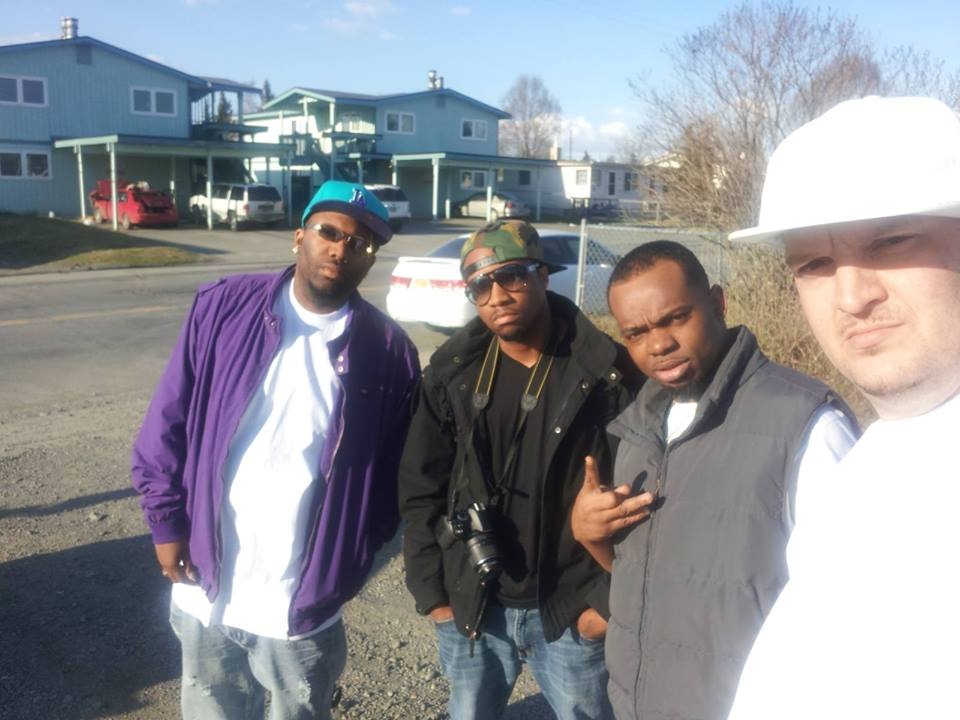 Your album “One Man’s Struggle” is considered an underground classic. Could you just share some thoughts about this release?

When I wrote and recorded “One Man’s Struggle”, I had so much “beef” going on with so many people and I was trying to get it completed before my dad passed. It was the struggle of my life, in that moment, laid down to a few beats. I didn’t end up reaching the goal of completion before the passing of my dad so it was just a low point in my life and my music was the only high point of my life at that time.

Why did it take you so long to release the follow-up “The Council”?

The Council was Bo-Low’s project. That CD wasn’t supposed to be called “The Council” because The Council was supposed to be a group album with Bo-Low, Mann and myself. But everyone was asking about a new album so much, that we just took some songs, threw it together and called it “The Council”. The time between the two albums didn’t feel like that long to me, I just had so much going on in my personal life that I didn’t have the time to really focus on a new album.

Him Vill Records just kind of fell apart. Every person had their own things going on until the label just evaporated. I’m still close with most of the people that were involved in Him Vill Records and that is a time in our lives that we remember fondly, for the most part. We’ve just all gone different directions with our personal lives as well as musically.

Tell us about your music after Him Vill Records. Which releases did you put out ever since and who were you working with?

Most of my released music was done with Him Vill. There have been a few projects since then like MGC that was done with Lokal Star and Vamp off another label. More recently I released a single with Semi and Yukmouth called “Boomin” that was done off Frostbite Records. Also done on Frostbite have been some other singles with Semi, we perform as a group by the name Str8 Drop. My latest solo endeavor “Cold Days & Colder Nights” wasn’t released off of any label but I had some familiar names working on it with me. Critical did some of the beats and Bo-Low/Streets was featured on a song.

When and how did Frostbite Records get established?

A good friend of mine, Rudolph Rothwell III aka Rudy, is the founder and CEO of Frostbite Records. I’m not real savvy on the beginnings of the label but I’ve worked with him for a couple of years. 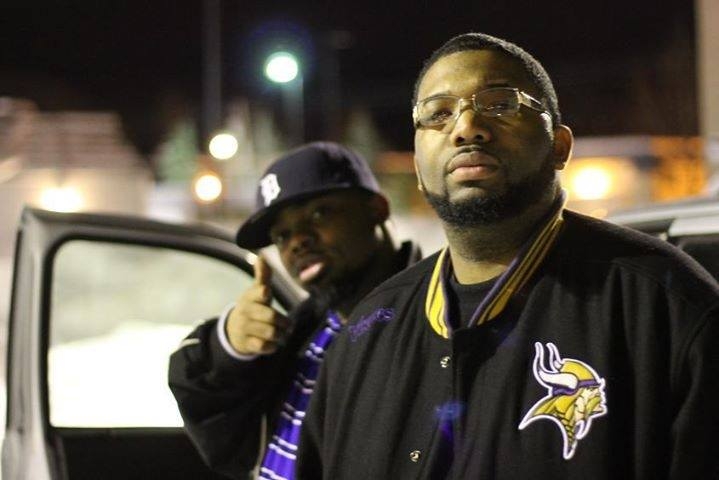 So, there’s this new track featuring Yukmouth… what else do you have in the pipeline for the near future?

The track with Yukmouth has far exceeded our expectations as far as sales. I plan to print and press “Cold Days & Colder Nights”, due mostly to the great reception it has been received with by my fans. I’m also working on a new album but you’ll have to stay tuned for more info on that.

You recently released a video for the song “Hood Honesty” featuring Semi, how was that? Have you put out any other videos before?

There was some conflict behind that video being put up because it was recorded under the guise of just a friend of ours learning to use his new eqipment. It was never meant to be released to the public because we had some deals in the works for that song and the proper permissons were’t there. I’ve never really done videos, I prefer to just lay the music down and do performances. I’m not much for being in front of a camera.

Your music is very hard to obtain for non-U.S. residents. How many copies did you press up of your CDs and where did you sell them in the past?

It was only recently brought to my attention that I have so many international fans. To say it feels good to know that is an understatement. It is definitely upsetting to know that my music isn’t easily accesible to those fans and it is something that I and my people are working to resolve. The number of copies that I’ve had pressed range between 1,000 copies to 4,000 copies on my projects. I’m not sure how many were done for “Boomin” but I expect that it’s a much larger number. Honestly, my CDs were sold mostly in places that I personally had reach in – Alaska, Seattle, Mississippi just to name a few. The digital copies are supposed to be available to anyone with internet access.

Last not least: when will “Cold Days & Colder Nights” be released on iTunes?

We are currently working on revising the digital copies so that they are compatible with iTunes. So soon, keep an ear out.